A rather unfortunate and all too common thing we have seen throughout the years is substandard third party components within electronic equipment.  A perfect example might be a storage device in a laptop where, most often, the SSD choice has been poorly thought out by the company.  We have posted a lot of notebook and Ultrabook reviews throughout the years and too many could be titled just like this review way back in 2013.  In fact, we don’t remember a laptop that couldn’t have done for a better SSD than that originally installed.  I think this review of the KIOXIA XG8 Gen 4 SSD might change all that. 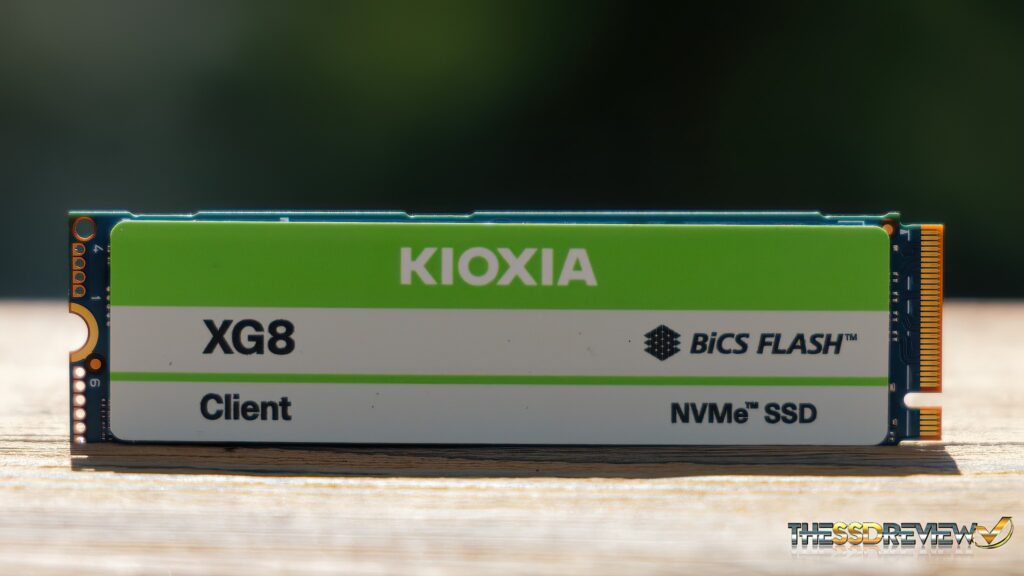 The good and the bad of the KIOXIA XG8 is that, if you find this in your newest laptop or ultrabook, smile because this is as good as it gets.  On the other hand, this won’t be a consumer retail product anytime soon and is only available to manufacturers for their products. From a personal standpoint, I couldn’t wait to get my hands on the KIOXIA XG8 as myself and this XG family have a history running all the way back to our Toshiba XG3 review back in 2016.  That SSD nabbed our Editor’s Choice Award.  Can the XG8 do the same?

We knew before we tried but our enquiry as to a bit more information on this controller resulted in a return thanking us for conducting the review but no further information was publicly available on the chip.  Performance specs for the XG8 list 7GB/s read and a high of 5.8GB/s write with the 1TB version dropping just a bit to 5.6GB/s write.  All three capacities list 900,000 random read IOPS and 620,000 random write.

The thing we always want to consider with OEM SSDs is the fact that their firmware has been set to be compatible with the largest audience possible.  We are fairly certain specific firmware iterations are possible when requested, however, we wouldn’t expect this SSD to be set using all the juice in the tank as we might see from other high end retail performance SSDs.

Let’s see how she pans out in performance testing…