I remember a few years back when I got my hands on the first SATA SSD and first experienced the difference between a hard drive and SSD.  Back then, part of my job was creating legal disclosures and completing a vetted and optimized 300 page report in Acrobat might take 30 to 45 minutes.  With an SSD it took 30 to 45 seconds.  That was just the beginning with a lowly SATA II SSD capable of top speeds of 100MB/s.  Today’s Gen4 SSDs are capable of 73 times that performance.  Something hasn’t changed though…disk access times…what occurs from the second you press the key to execute a command and that command is executed.  Believe it or not this is SSD gold and all SSDs remain roughly the same with respect to disk access times.  .02 milliseconds or so. 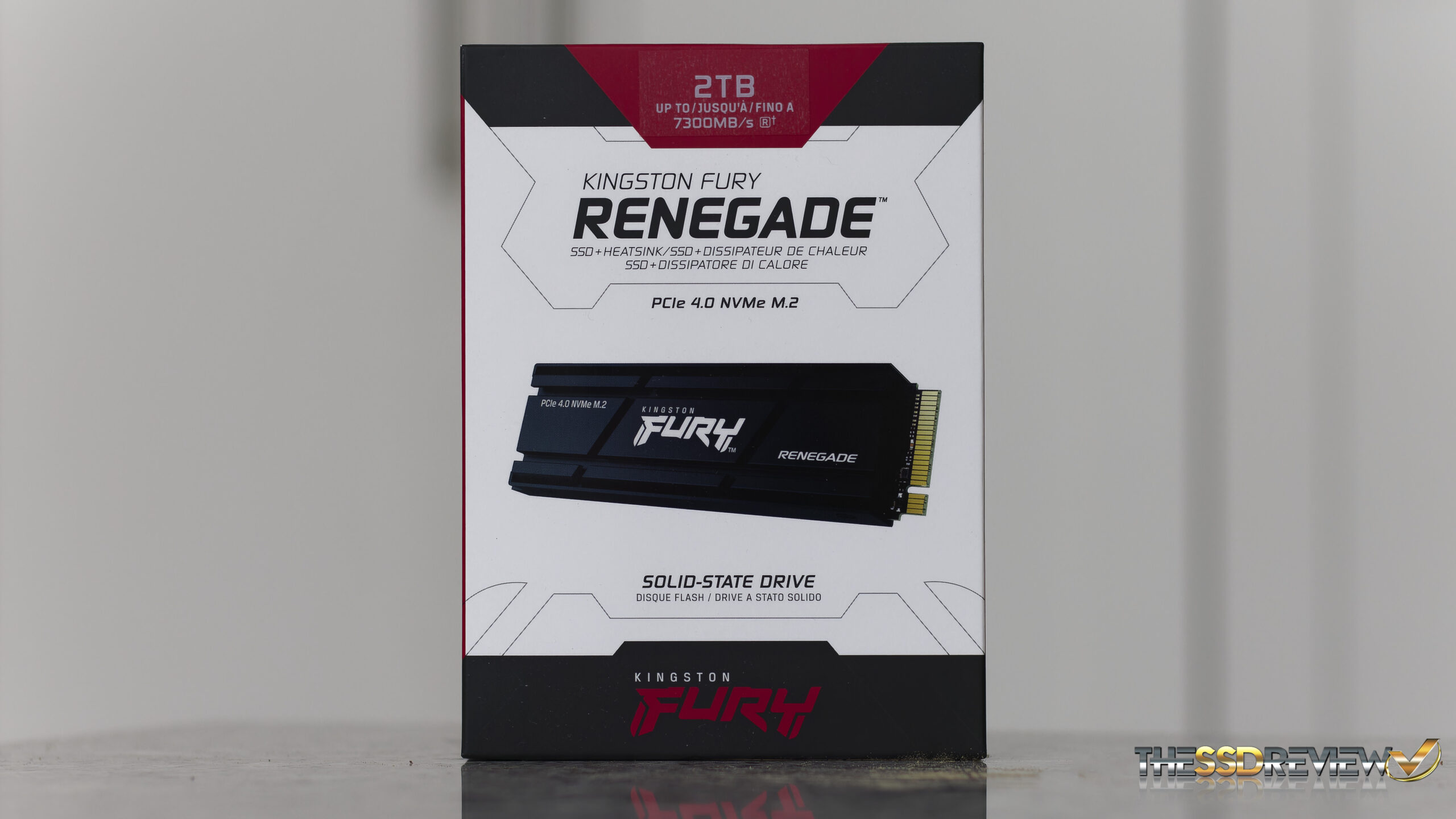 This is what differentiates a hard drive from an SSD.  Most don’t remember what it was like running Vista and XP on a hard drive but our lives were very much different then.  We identify the difference between hard drive and SSDs at the disk access level, whereas we differentiate SSDs by their throughput and IOPs.  Don’t even think of how much faster your PC is; think of your smartphone and what it is capable of.

It wasn’t even imagined way back then.  But now…  we consider things much deeper and one of the latest SSD terms of the week is B47R which speaks directly to Micron’s latest and greatest 176-layer TLC NAND flash memory  Each chip sits at a 30%  smaller footprint, has 35% lower latency and about 30% better throughput performance.  Simply put.  It gives us bigger and faster SSDs and our Kingston Fury Renegade today is a shining example of exactly how far we have come.

The bi-product of all this speed of course is heat.  With PCIe 4.0 more than any other, the need for additional passive cooling is an absolute necessity which is why our review today covers not only the Fury Renegade Gen4 NVMe SSD, but also its included low profile aluminum heatsink which sits inside a PS5 rather perfectly.  Make no mistake though, this SSD won’t be thrown into an ultrabook (at least with the heatsink) anytime soon.

Checking Amazon on the day of this report, we see that the Kingston Renegade Fury is priced at $74.99 (500GB), 99.99 (1TB), 204.99 (2TB) and 582.99 for the 4TB capacity.  These prices are for the Renegade without the heatsink which will run you an additional $20 to have it included.  This SSD comes with a 5-year limited warranty (if you don’t rip it apart as we have) and speaks to an expected lifespan of at least 500TBW for the 500GB capacity which doubles as each size is increased.  Let’s check out the performance…