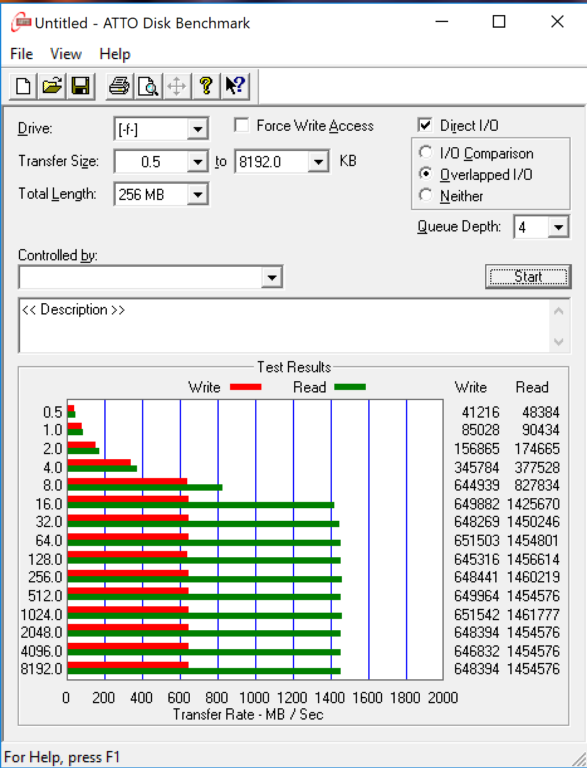 As listed performance for the Optane 800P is 1400MB/s read and 600MB/s write, this initial benchmark appears to be bang on.  Personally, my favorite use of this particular benchmark is seeing that it is a very stable SSD in the gradual and steady performance increase as sample data sizes are increased. 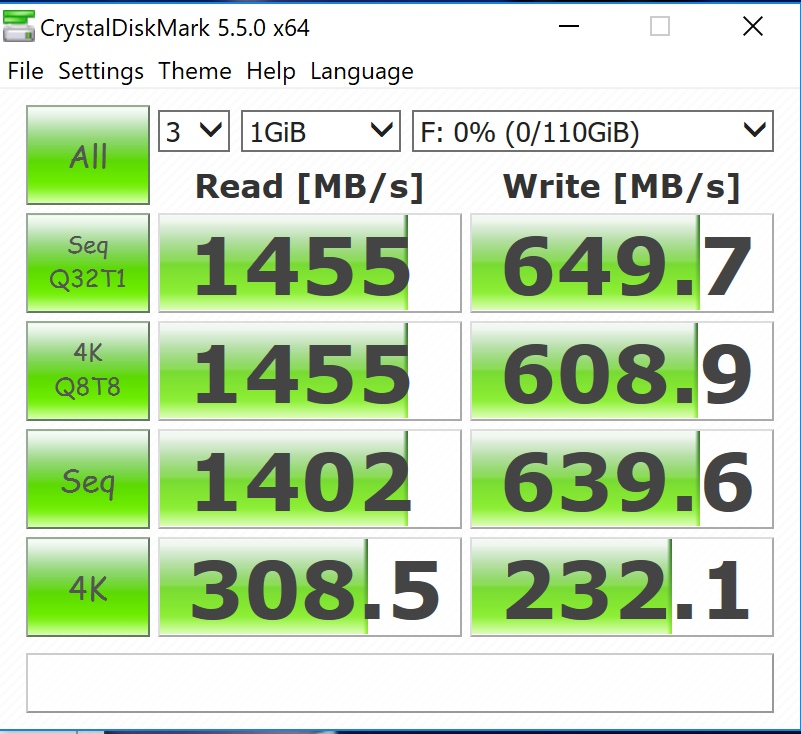 This is perhaps one of the best Crystal Disk Mark results we have ever seen.  Typically, we might see the performance of an SSD drop for this benchmark, as we are now testing with incompressible, vice compressible data samples…but not with the Intel Optane 800P.  Not only is the sequential performance bang on, but also, low 4K reads are nice and high as we typically see in Optane SSDs; this is where a visible performance increase comes from.  The low 4K write result of 232MB/s isn’t anything to complain about as well. 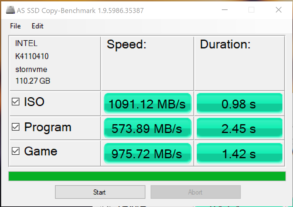 Once again, we see what we might expect from high sequential, as well as random performance.  In addition, we can confirm that listed IOPS specs are also bang on at 345K read and 141K write. 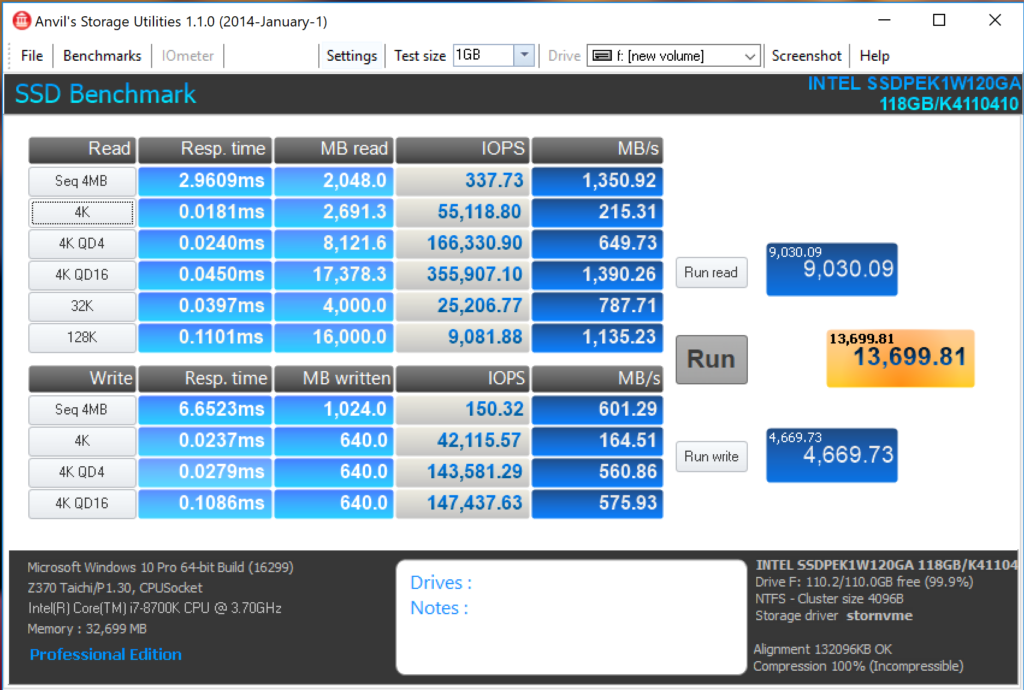 Anvil Storage utility benchmark is another software program that traditionally knocks SSD performance down a few notches.  This test, once again confirms that the Intel Optane 800P is a solid SSD.