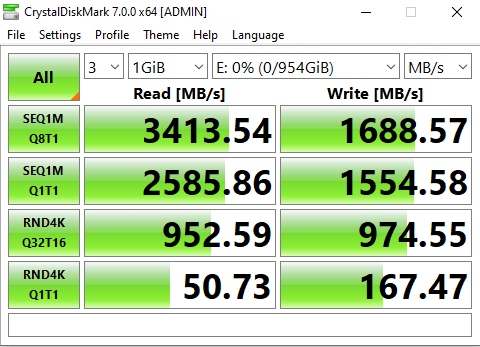 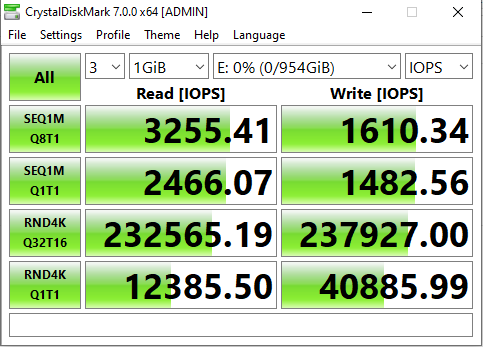 Crystal DiskMark results are fairly consistent with ATTO, at least with respect to the high sequential read and writes.  Random 4K IOPS of 232K read and 237K write is higher than expected. 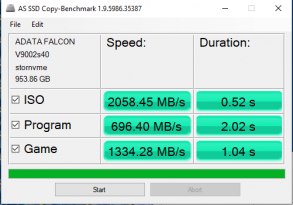 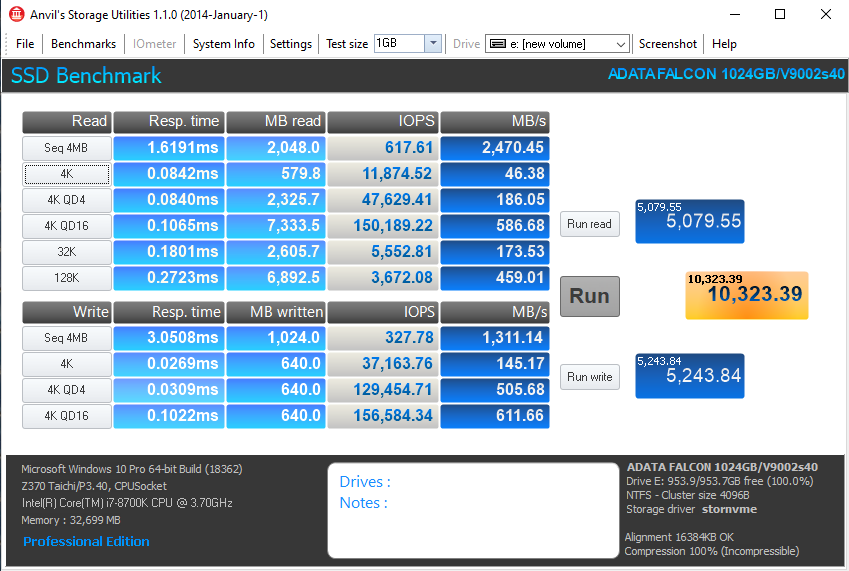