Those of us who have been utilizing SSDs as boot drives for any length of time at all have likely forgotten how sloooooooooow HDD boot-up times are by comparison.  In order to utilize our Western Digital Caviar Green 1TB HDD for this testing, we first had to migrate our operating system from our test bench SSD over to the HDD.  We accomplished this using Acronis TrueImage cloning software.  After the cloning operation was complete, we disconnected the SSD and rebooted from the HDD, and waited…….., and waited……….., for a total of nearly two minutes for the HDD to fully boot up to a usable desktop.  We then installed the Greatis Bootracer software, rebooted, and waited……, and waited…….., and at least this time the Bootracer software is giving us an exact clock measurement of this lengthy boot time. 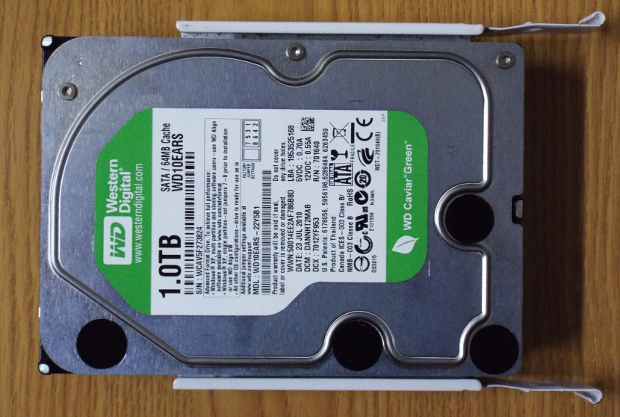 As with the SSD, Crystal DiskInfo shows us our HDD’s serial number and firmware version, and that S.M.A.R.T. is operational (not being an SSD, TRIM is grayed out).  As you can see from the “power on count” and “power on hours”, this is an “experienced” HDD we are utilizing for our testing, and its health status shows as “good”. 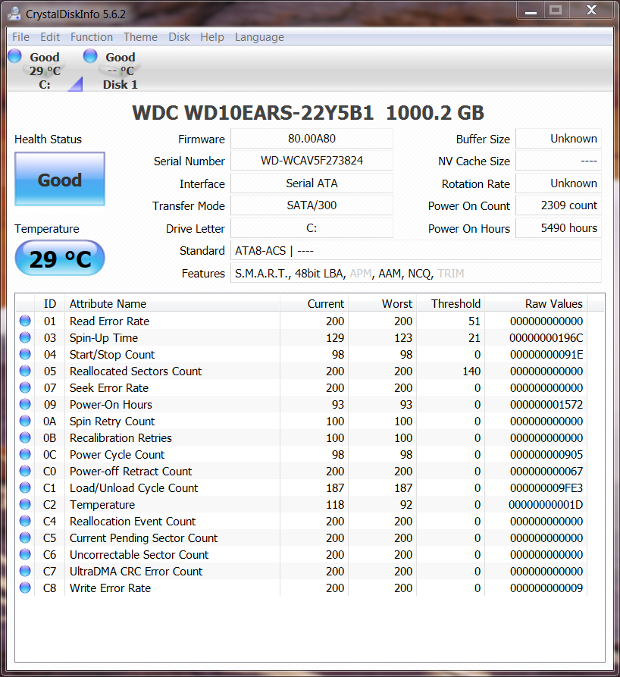 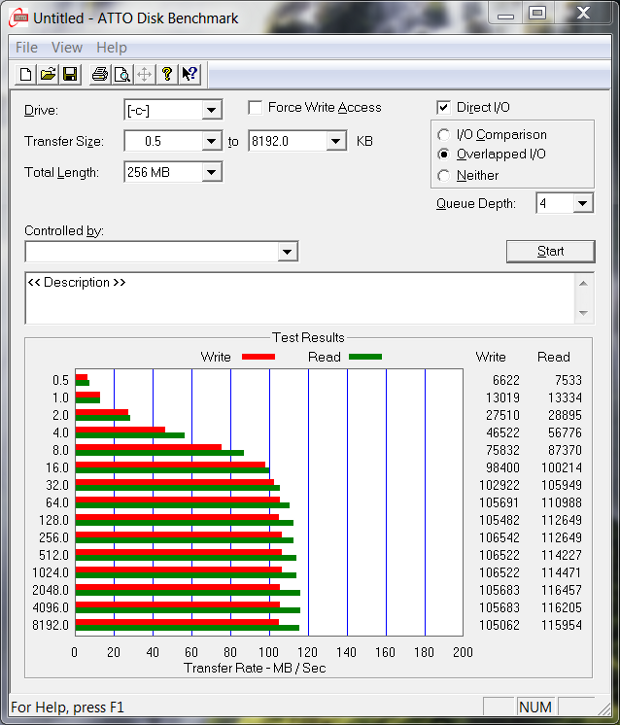 With compressible data (left screenshot), the WD Caviar Green 1TB HDD’s sequential read and write speeds are nearly identical at 106.0 and 106.8 MB/s.  One of the inherent weaknesses of spinning-platter HDDs is low 4K performance, as evidenced by the single-digit 4K read/write speeds ranging from 0.495 to 1.414 MB/s. 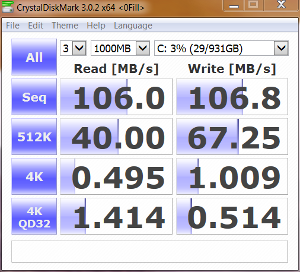 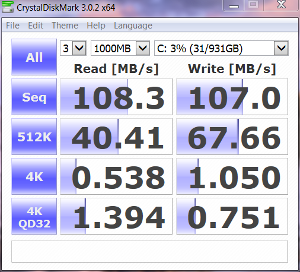 Surprisingly enough, the HDD actually does just a tad better in the random (incompressible) tests, as shown in the right-hand screenshot.

Benchmarking the WD Caviar Green 1TB HDD with AS SSD does not have much value on its own, but we have included it in keeping with the “before / after” (un-cached / cached) testing methodology being used. 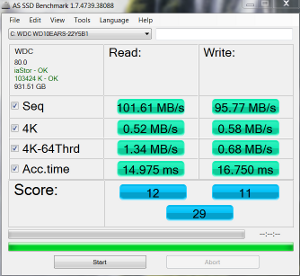 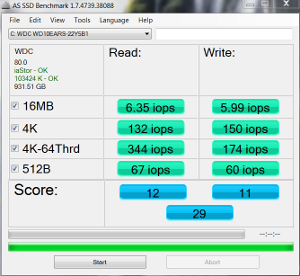 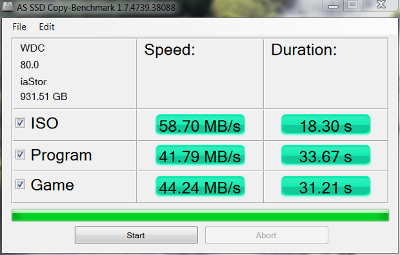 In looking at AS SSD Copybench results, remember the “good old days” that included such lengthy waits for files, programs or games to load or download?

As with AS SSD, the Anvil benchmark of the WD Caviar Green 1TB HDD is included to compare with the HDD’s benchmarks when used in conjunction with the SuperCache 2 mSATA SSD as a combined caching partition. 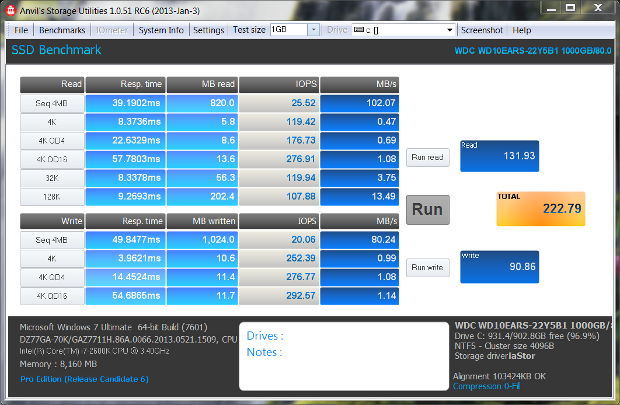