The Total Point Score for the Micron C400 was an unbelievable 66641 points which, not only blew away the other two SATA 3 SSDs in their category but also, placed the C400 amongst some of the top SSDs we have reviewed when looking at PCMark Vantage testing.  The strength in the results display that the C400 was able to show consistently high transfer speeds in the majority of simulated tests, this being somewhat unusual as most SSDs will exceed standards in one or two of the tests at most. 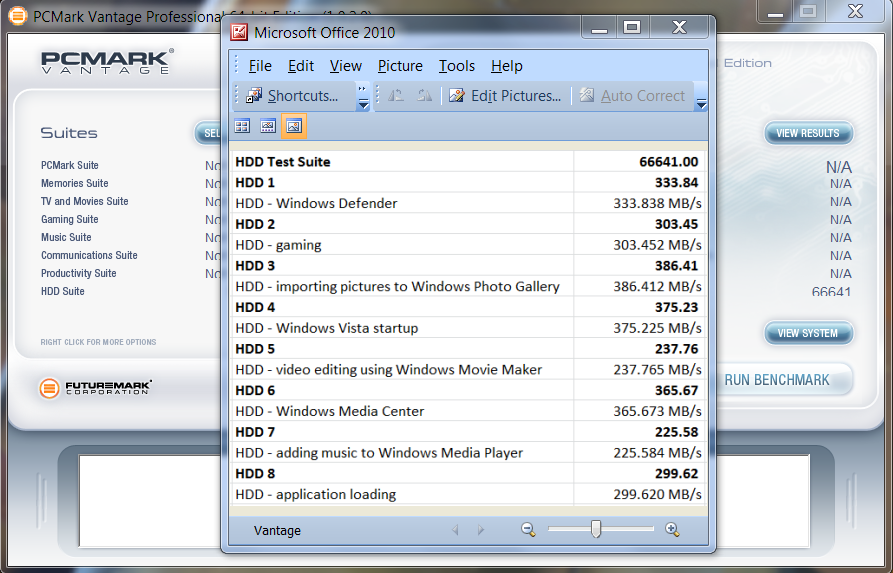 Our SSD Hierarchy is based solely on Vantage Total Points and has grown somewhat since we first started seeing ‘new gen’ SATA 3 SSDs released.  We have highlighted the only three mSATA SSDs to make this chart: 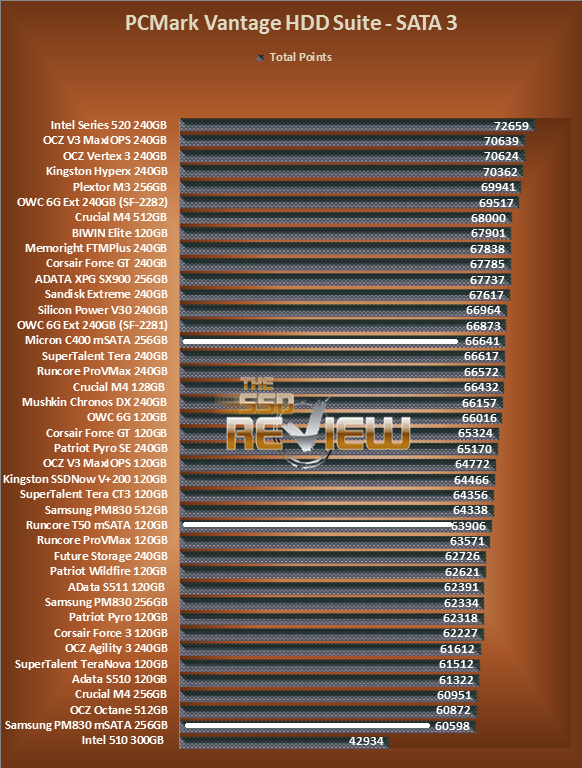