Crystal Disk Benchmark is used to measure read and write performance through sampling of raw (0/1 Fill/compressible) or random data which is, for the most part, incompressible. For our testing today, we will concentrate on testing with incompressible data samples as there is no difference between the two tests for SSDs that do not rely on compression in storage. 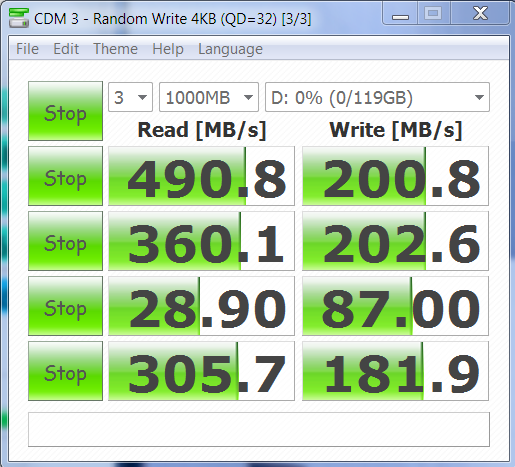 As much as we like other utilities, AS SSD was the first benchmark released specific to SSD performance and is still the ‘bread and butter’ of testing SSDs.  Many enthusiasts prefer this software as it encompasses the ‘worst case scenario’ in disk transfer speeds by utilizing incompressible data. 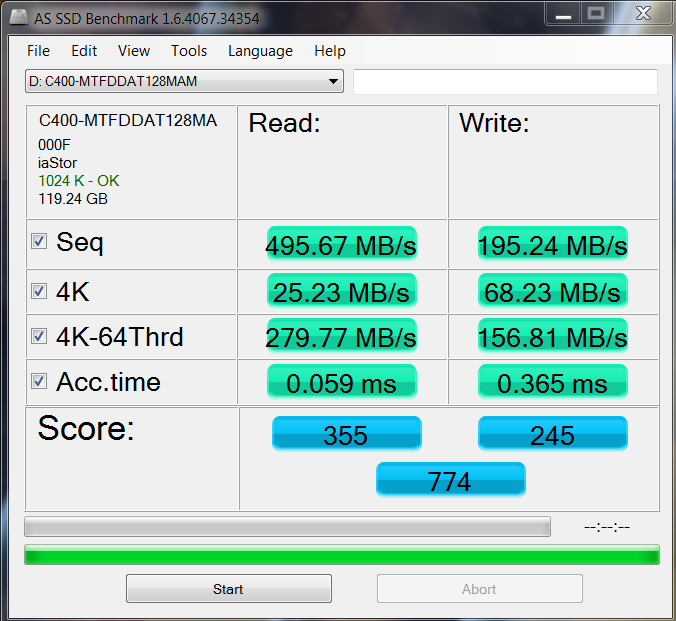 Once again, results are aligned with, or above listed specs, and the 4k result of 68MB/s is good.  The score of 744 is typical of today’s upper tier SSDs and the disk access time of .059ms is excellent. 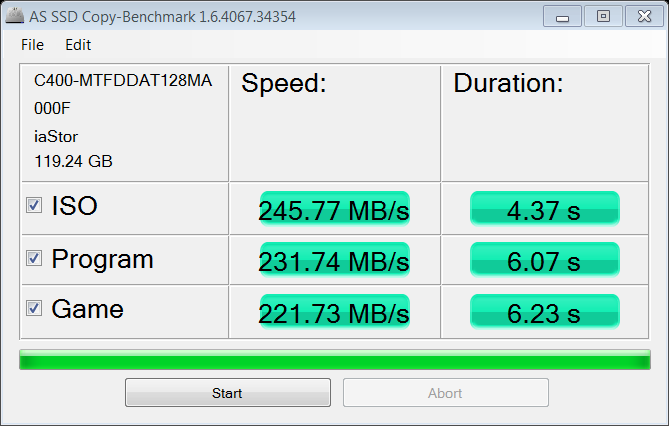 AS SSD Copy Bench results are excellent overall although we would like to have seen them reach SATA 3 speeds.  Typically though, we would normally see a great SATA 3 result in moving the ISO file and then slower transfer speeds, even than we have here, with the two subsequent files. 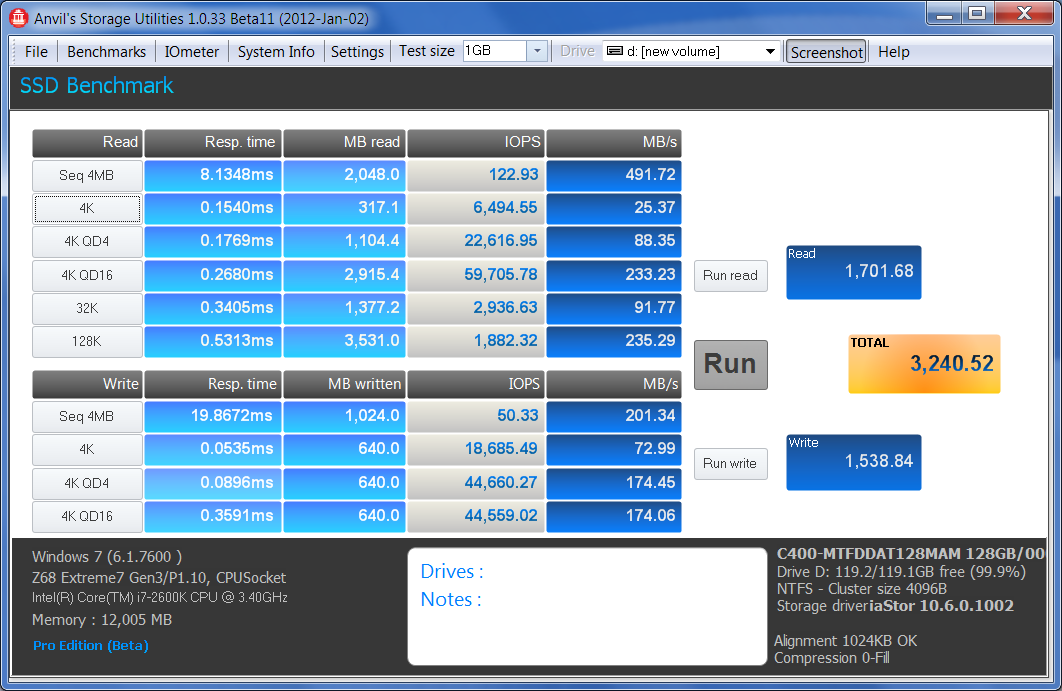 We finally see our IOPs results in Anvil Storage Utilities which show highs of 59,705 IOPS read and 44,660 IOPS write.  Tied in with the low disk access speeds (Resp. Time) and the transfer speed results that are again above specs for write speeds, Anvil did well for the C400.