Now we begin our real world testing! This benchmark is supposed to simulate how a photographer may shoot a subject whether it be a sports game or a bird in flight. We are talking about pure continuous burst speed testing. For comparison, we have included comparable results from five other cards in our arsenal.

The methodology behind this test is simple, we will be comparing how long it takes for the Canon 6D’s image burst buffer to offload onto the cards after it fills from a continuous burst and record how many images we were able to shoot before the burst rate slows down. For standardization and comparison, the camera settings will be shooting at ISO 100, 1/160th of a second, aperture f/4. 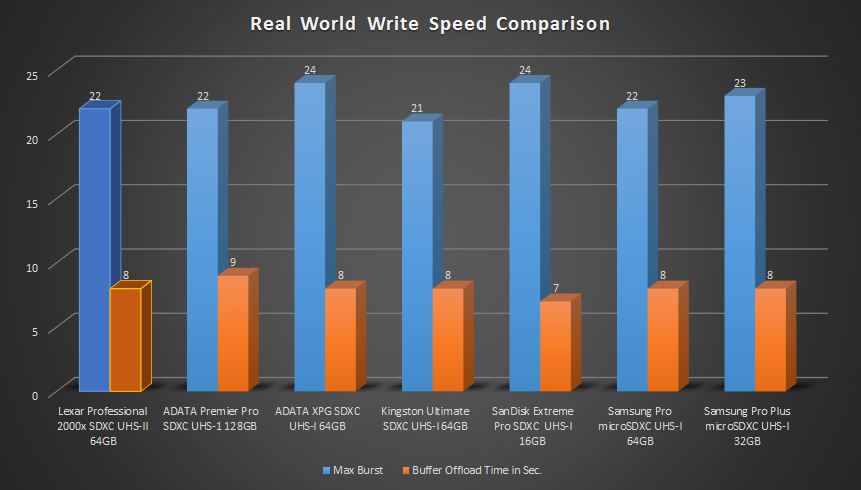 As seen above, the Lexar Professional 2000x doesn’t stand out in this test compared to much lower rated cards because our camera cannot take advantage of USH-II write speed performance. This test illustrates that you don’t need to get the best thing out there to get the best speeds for lower end cameras, however, this card does allow for much faster read speeds. Let’s move on to the next test to show how real world speeds look when transferring the media files to and from the whole capacity of the drive.

For file transfers, we created a folder of large RAW image and video files which could max out the capacity as well as the sequential performance of the flash card. Below are the Windows showing the transfer rates achieved. 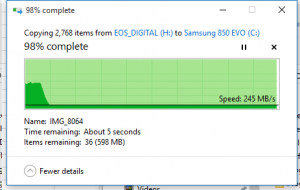 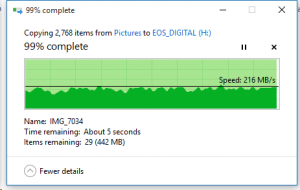 Transferring large sequential files to the card resulted in some very impressive performance. As you can see, the speeds are double what high-end UHS-I cards are rated for. Reading 60GB worth of RAW images and videos it was able to transfer just shy of 250MB/s. In terms of write performance, there are a few dips ranging as low as 150MB/s, but overall it was able to write at around 190MB/s average.

The Lexar Professional 2000x is quite the performer. In our synthetic tests it was able to achieve read speeds of up to 293Mb/s and write speeds of up to 259MB/s. When it came to real world performance metrics we could quickly see that when compared to UHS-I cards in a non-UHS-II compliant camera, it did not offer any substantial improvement in terms of write performance. However, once we started to transfer files off of the card we saw read speeds at around 245MB/s, which shows the performance gap and capability this card provides versus others. 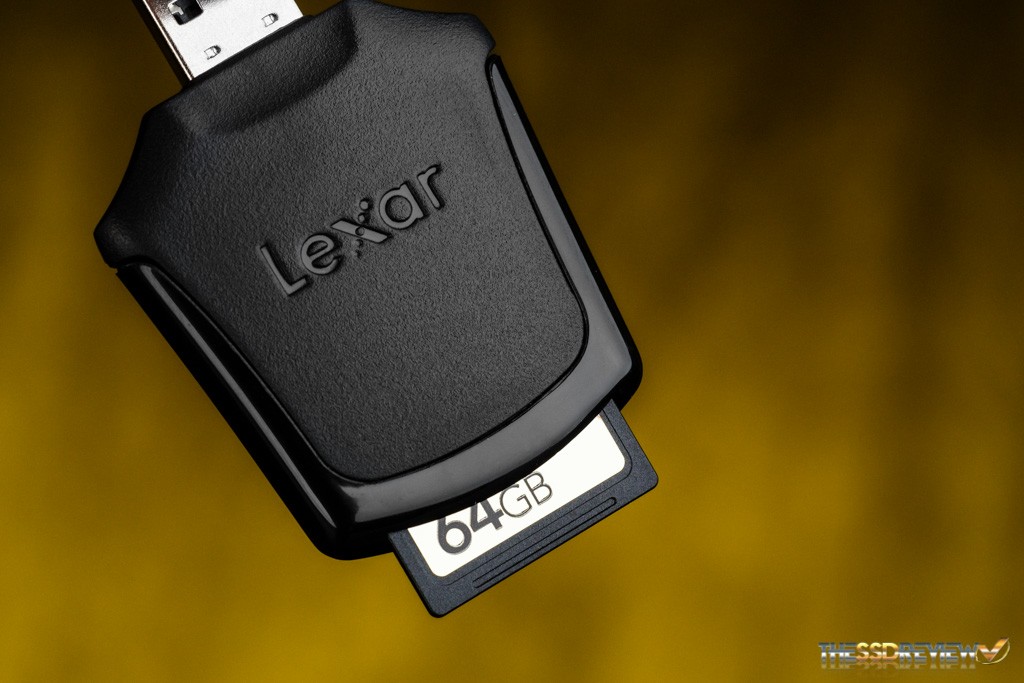 Taking a look at this card’s competition, not only is it the fastest SD card out, it is also quite the value considering that you are getting a card reader and image recovery software with it. For example, the SanDisk Extreme Pro UHS-II cards do not include a card reader and are priced significantly higher than the Lexar Professional 2000x. The only con we could fine with Lexar Professional 2000x was that it is only available in limited capacities of 32GB and 64GB. Other than that, it is a great product.

Therefore, based upon this card’s placement in the market, we award it our Editor’s Choice award. The Lexar Professional 2000x line of SD cards offers buyers top tier value and performance.

Check out the Lexar Professional 2000x cards on Amazon today!

Offering speeds of up to 300MB/s, the Lexar Professional 2000x is the fastest UHS-II SD card on the market. While that is usually enough to stand out from the competition, Lexar includes a UHS-II USB 3.0 SD card reader, image recovery software, and a limited lifetime warranty with each.