ATTO Disk Benchmark is a relatively easy-to-use benchmark tool. ATTO Disk Benchmark relies on testing different file sizes with highly compressible data.  Although this is not the best representation of media files which are, for the most part, highly incompressible, it is a good start and is still the main mechanism most manufacturers use to determine their product specifications. In our testing, we have left the benchmark settings to default. 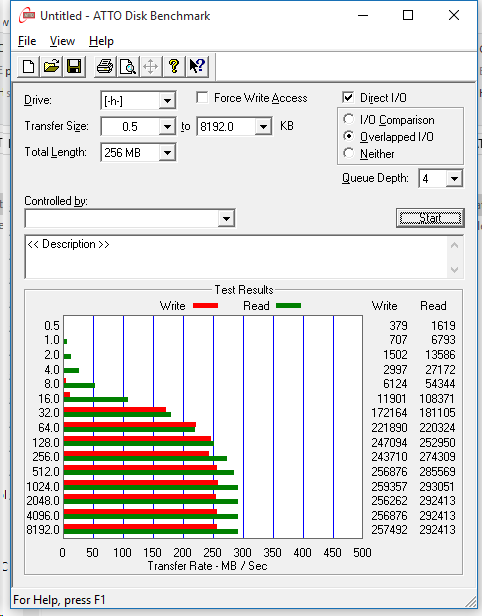 As we can see from the results above, ATTO reports max read speed of 293MB/s. This is just 7MB/s short of the maximum rating. For write speed we see 259MB/s. Overall, performance is quite impressive.

Crystal Disk Mark is visually straightforward and is used for measuring the speeds at which your storage device reads and writes with random, mostly incompressible, data. Random data is more consistent with everyday use of a computer, such as transferring videos, pictures and music. Thus, this benchmark will be a better representation of speeds to expect on a video or stills camera over ATTO. 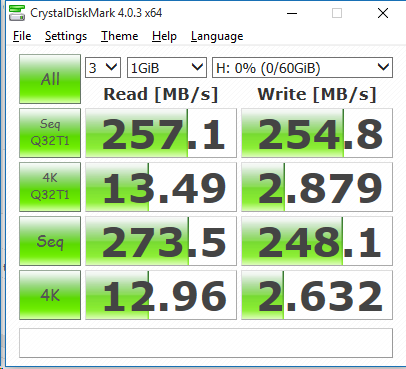 Crystal Disk Mark testing with its random data shows us similar write speeds reported by ATTO at 255MB/s, but reads are a bit less reaching 257MB/s.

Anvil’s Storage Utilities is the best software program available for benchmarking flash media.  Not only does it give an accurate look at transfer speeds and throughput, but also, it goes even further by identifying file sizes, disk access times, as well as system and device identification. It even has many extra features such as endurance torture testing and a TRIM button feature to manually trigger TRIM on supported devices. 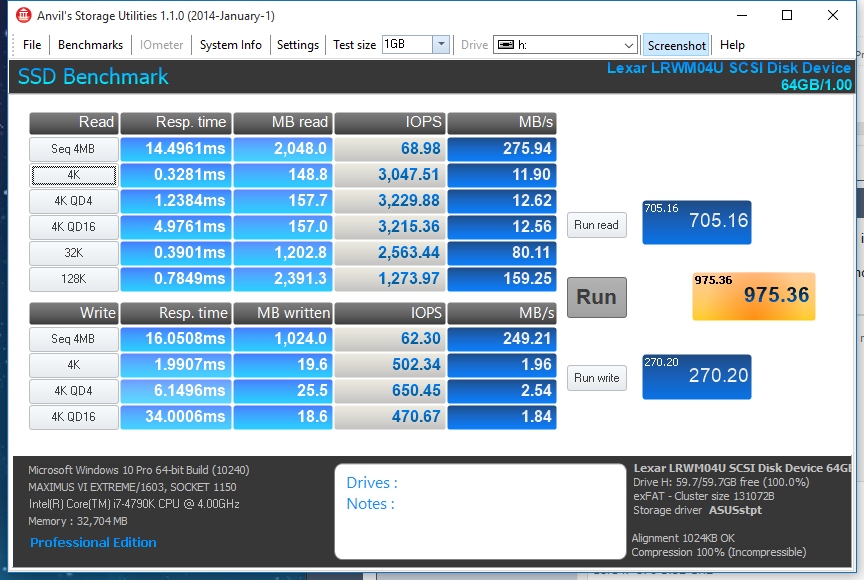 Finally, in our last test, we see that Anvil shows read speeds in between what both ATTO and CDM showed, reaching 276MB/s. Write speed still maintained about 250MB/s.