When first compiling the initial announcement of the Kingston SSDNow V310 SSD a few weeks back, our staff looked at one another and simply asked “What have they been smoking?”  The MSRP was unbelievably high with IOPS unbelievably low.  It caused quite a stir, that of which Kingston really didn’t need at that point and time.  And then we took a closer look.  We looked at what they were trying to achieve and the market they were trying to reach; this being the new SSD user.

Let’s tackle pricing first, that of which isn’t anywhere near the original MSRP of $928.  That number should have never been printed and Kingston learned the hard way on that one.  Looking at pricing right now in Amazon, it is much lower and can be found at $645 when you include the complete migration bundle…which you will want to do.  This isn’t the lowest price on the block and you can find that of the Samsung EVO and Crucial M550 1TB counterparts at a somewhat lower price, but neither contains the migration package we see here. 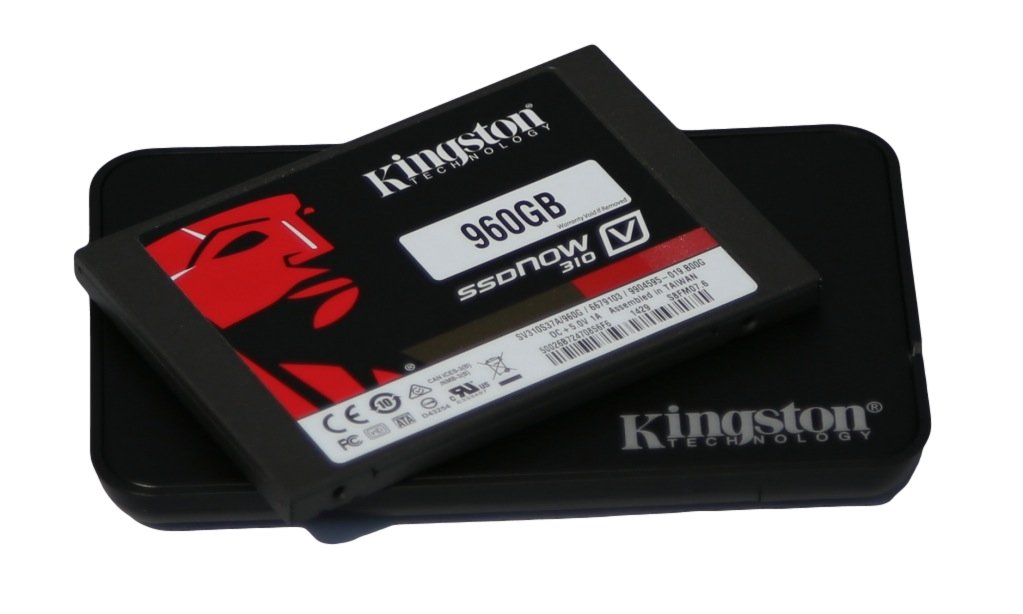 Next up…performance.  The Kingston SSDNow V310 lists IOPS at a high of 40,000 but really, who cares?  99% of consumers don’t even understand IOPS and really, for typical computer use, this performance benchmark should never have even been introduced.  IOPS, by the way, are the number of input and output operations that can occur in a second.  For the consumer let’s look at throughput, or data transfer speeds, and let’s look at these transfer speeds when they move incompressible files, such as we see in photos, videos and music.  The Kingston SSDVNow V310 reaches highs of 500MB/s read and 436MB/s write with AS SSD and these are very good speeds.

Actually let’s look at these speeds a bit closer.  As a typical consumer (which you would be in considering this SSD), would you believe that you would be lucky to ever hit the posted spec performance even .05% of the time?  It is absolutely true.  In typical consumer use, the only thing that really matters is the disk access speed, which is typically 0.01ms.  When you compare this to a hard drive which might typically be 9.2ms, you can see why a SSD is so much visibly faster than a hard drive.  What you might not realize, however, is that even the experts could never differentiate between the best and worst SSDs through typical daily PC use.  That’s a fact. 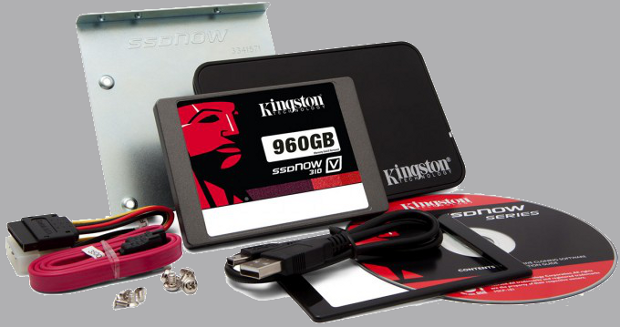 Last but not least, let’s examine the included accessories of this SSD, that of which include the SSD, an external SSD case, USB 3.0 cable, cloning software, a desktop mounting bracket and easy to follow instructions.  This is what all migration kits should have included a long time ago, but never have.  There is no necessity to try to figure out how to migrate by connecting power and data cables within the system any longer.  Simply insert the DVD, place the Kingston SSD in the external case, connect the USB cable from the system to that external case, and follow the instructions on the DVD.  From there, simply replace your hard drive with an SSD.  After you have switched that hard drive for the SSD, place the hard drive in the external case and you now have external storage.  It’s as simple as that.

All in all, we like this SSD and think it is definitely ideal for those transitioning from hard drive to SSD.

The Kingston SSDNow V310 solid state drive is a good option when looking to replace your old hard drive with a speedy SSD. It is available with the most complete migration kit money can buy.