Crystal Disk Benchmark is visually straightforward, and is used for measuring the speeds at which your storage device reads and writes in both compressible (oFill/1Fill) and random, mostly incompressible, data. Random data is more consistent with everyday use of a computer, such as transferring videos, pictures and music. We run the benchmark twice, using oFill data first (left), and then proceeding to test with random data (right). 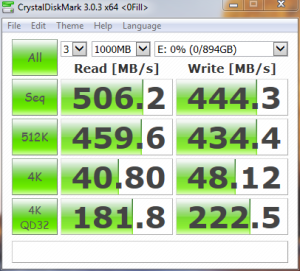 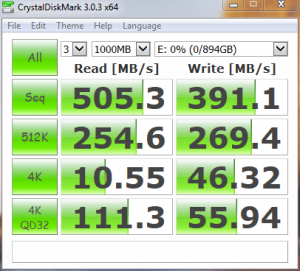 As we can see above, the Kingston V310 returns a read speed around 505MB/s, and write speed drops from 444 MB/s in our 0Fill sample to 391 MB/s in our random sample.  We expected this with this drive, but when you consider the chart on the right, both high sequential speeds are pretty good considering this test was conducted with incompressible data. 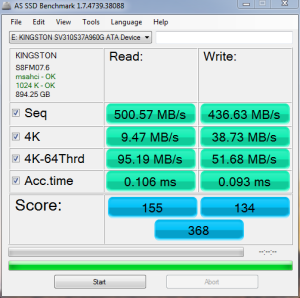 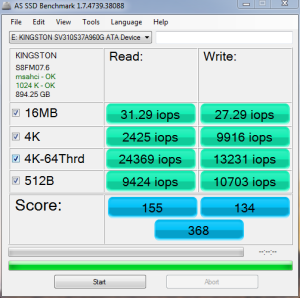 Another interesting feature of the AS SSD Benchmark is that it also can test  durations and speeds of copying various files, this is an important test for our digital media professionals who require top transfer speeds. 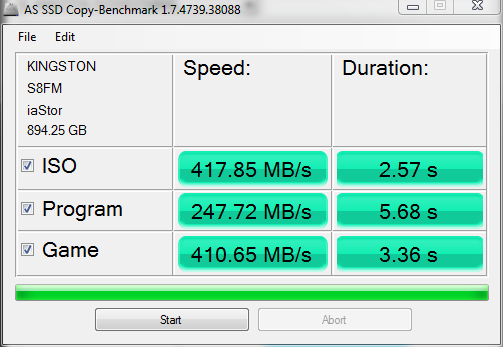 In our copy benchmark test, our ISO and Game file transfer comes in right around its mark, but our Program file transfer is significantly lower.

Anvil Storage Utilities is essentially an all-in-one tool for all of your SSD benchmarking needs. Anvil can be used for basic consumer testing, as well as endurance testing and threaded I/O read, write and mixed tests. It displays data regarding the SSD, and even about your system 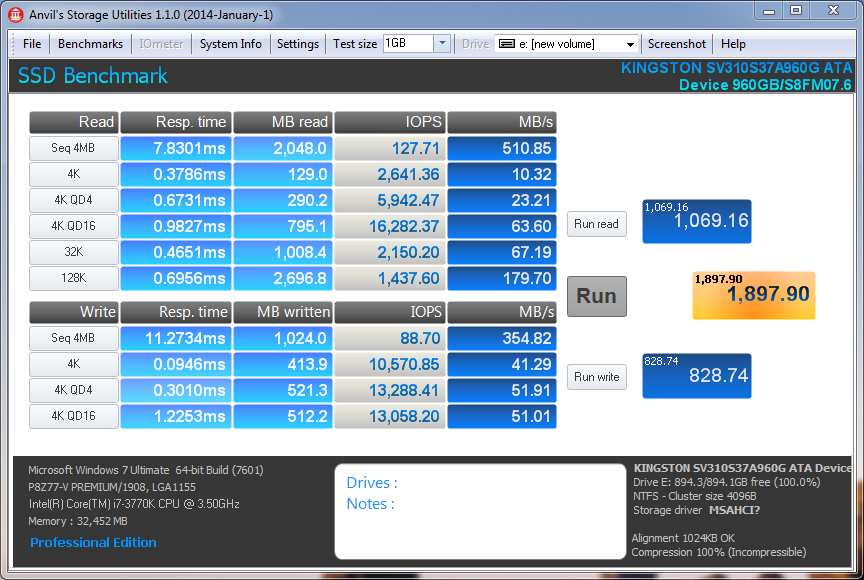 Anvil Storage Utilities returns a total score of 1897, favouring the read speeds of the Kingston V310 over the write. We can see that the read speed was up to 510 MB/s, where as the write fell short at 354 MB/s.  More importantly though, is the low 4K write performance of 10MB/s in this test.  Although this is not reflective of the other benchmarks to this degree, it has been noticed that the overall 4K performance has been somewhat low in all benchmarks.

Technology X uses benchmark software called PCMark Vantage x64 HDD Suite to create testing scenarios that might be used in the typical user experience. There are eight tests in all and the tests performed record the speed of data movement in MB/s to which they are then given a numerical score after all of the tests are complete. The simulations are as follows:

The Kingston SSDNow V310 achieved a total score of 56941, which is an entry-level score. Out of all the benchmark tests ran throughout the HDD suite of PCMark Vantage, the highest transfer speed recorded was 387 MB/s when video editing in Windows Media Center. 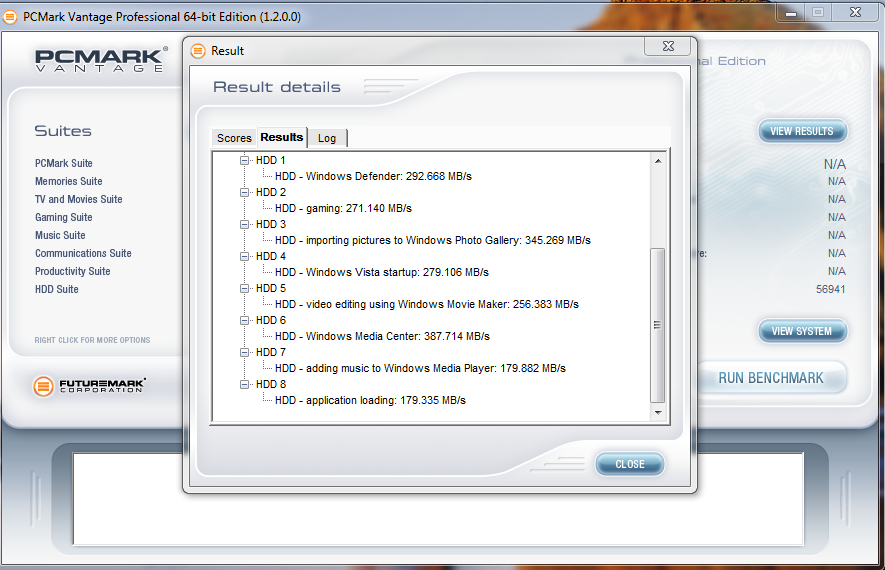