Nearly a year ago, we reviewed the Kingston SSDNow E100 200GB and found it to be “exquisite”.  “It could even be one of the finest MLC-based second-gen LSI LSI SandForce drives” we raved.  That’s pretty high praise for an enterprise SSD.  Since that time, a lot has changed in the enterprise market.  As we have discussed in previous reviews, a new category of enterprise SSDs has emerged; one that combines the low costs of MLC devices with enterprise SSD features, such as power loss protection.  With its new SSDNow E50, Kingston is the latest company to venture into this market. 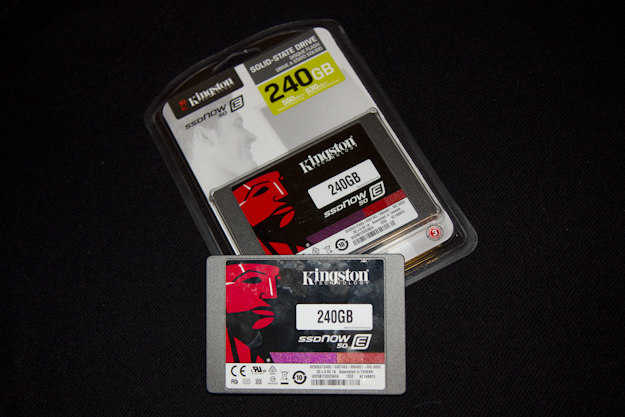 The Kingston SSDNow E50 is positioned as an entry-level, enterprise SSD that focuses on data protection and shares very little with its big brother, the E100.  The E50 is centered around the LSI LSI SandForce SF-2581, as opposed to the SF-2582 on the E100 and houses Toshiba 19nm MLC NAND, versus 32nm eMLC NAND found in the E100.  These differences are most noticeable when looking at write endurance.  While the E50 comes in with a very respectable 739TBW  and 3 DWPD (Drive Writes Per Day) for the 240GB model, it is nowhere close to the 2483TBW and 11 DWPD that the E100 boasts at the 200GB capacity.  That is the trade-off you work with when trying to reduce costs.

The Kingston SSDNow series inherits all of the firmware goodies that we have come to expect from LSI SandForce controllers.  The first feature, RAISE, uses RAID-like concepts at a NAND level instead of at a drive level.  This technology reduces the uncorrectable bit error rate (UBER) to 10-29, or one quadrillion times fewer than a typical SSD.  Next on the list is DuraWrite, which optimizes writes to NAND and extends the write endurance of the NAND.  This special sauce of firmware magic gives LSI SandForce drives great performance, but it comes at a price.  While excelling at compressible writes, LSI SandForce drives have a long history of struggling with incompressible, or random, data.

The E50 series comes in 100, 240 and 480GB capacities.  Expect to pay about $1.40/GB for the 240GB model, which puts it slightly higher than the Intel S3500 that we reviewed earlier in the year. Looking at the specifications, you can see numbers that are typical for LSI SandForce-based SSDs.

We should also point out that the E50 has a fairly low maximum power draw.  The Intel S3500 peaks at over 4W for intense workloads.

Before we were able to crack open the E50, we had to deal with the blisterpak retail packaging.  Unlike most review units we receive, the E50 had its full retail packaging, which is a nice change.  The front label is typical Kingston.  The large Kingston logo covers the left part of the label, with the right side clearly stating the model and capacity.  When you have a stack of SSDs at your desk, it’s nice to quickly identify a drive, which is not normal for enterprise SSDs.  That is probably more of a complaint from SSD reviewers than typical enterprise customers, but we are appreciative nonetheless.

Once the #6 security torx screws were removed, you can get a good look at the thermal gap padding connecting the NAND and the LSI SandForce controller to the housing.

You can also see the SF-2581 near the SATA connector. This single-chip solution does not require additional DRAM, which decreases complexity and saves precious board space.

Next to the LSI SandForce controller are eight 19nm Toshiba MLC packages.  Each package is 16GB in capacity.  This is the same NAND used in the Plextor M5 Pro. On the back of the board are an additional 8 packages, for a total of 256GB for the 240GB model.  This is a typical amount of overprovisioning for this class of products.

Finally, we have the 17 tantalum capacitors that provide the power loss protection that separates this SSD from consumer drives.