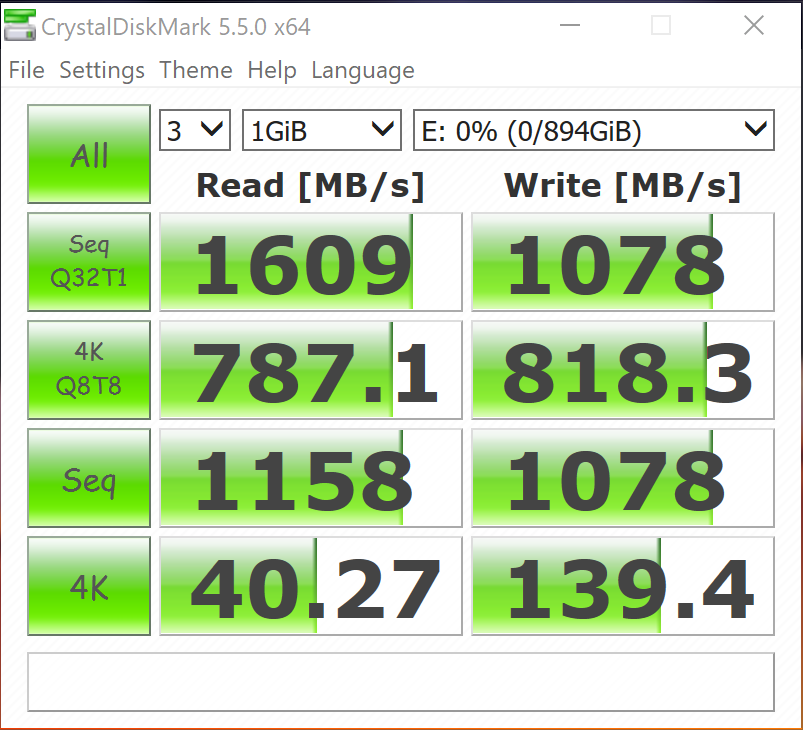 Crystal DiskMark is pretty much as expected with the low 4K a bit lower than we typically see from PCIe 3.0 x4 (four lane) controllers.  Overall, this is a good result. 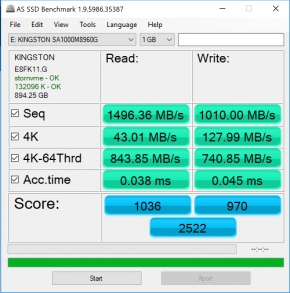 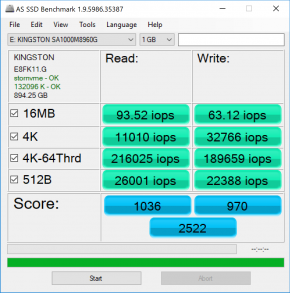 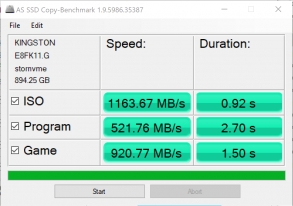 Listed specifications state that we should be getting a max 120K read and 100K write IOPS from the A1000 yet our AS SSD Bench results demonstrate just under double that with 216K read and 189K write.  Impressive. 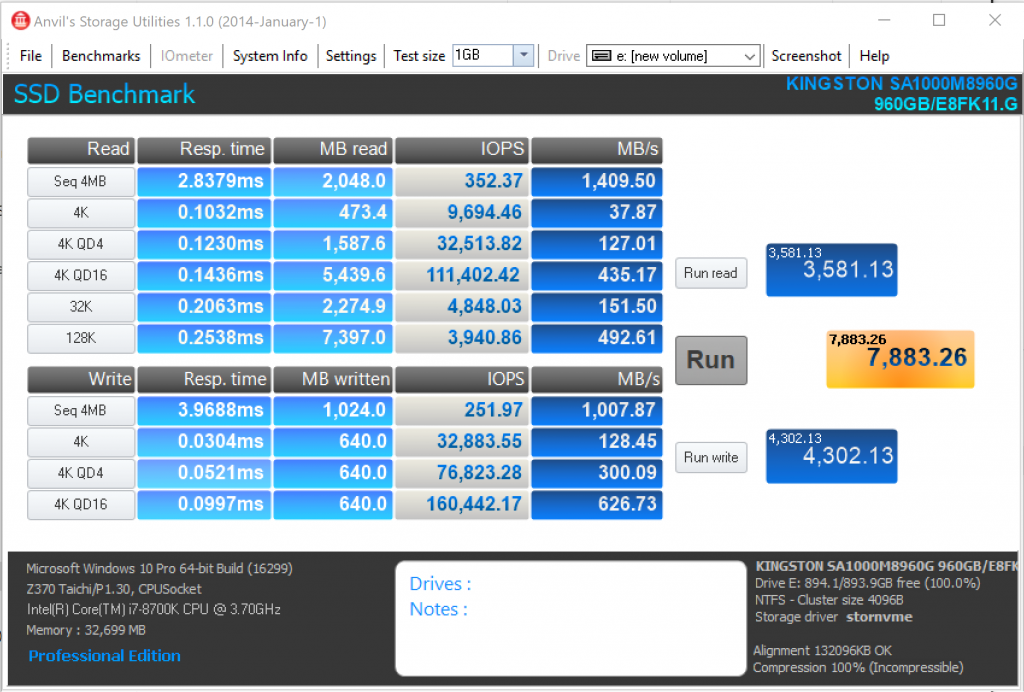 The Kingston A1000 NVMe SSD performs as one mught expect from an entry level SSD, all but one of these Tests succeeding the SATA 3 mark. 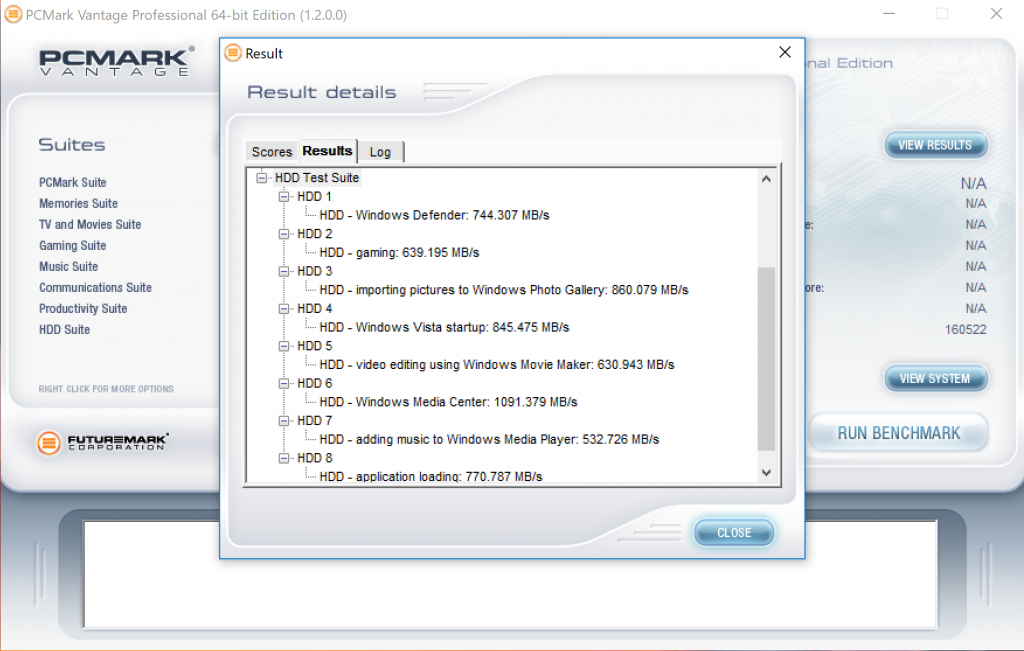