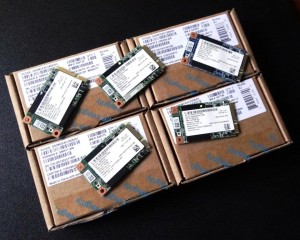 Our first mSATA SSD review was published a little over two years ago today and, at that time, the thought of a SSD 1/3 of the size of a credit card becoming mainstream was really non-existent.

It is a bit amusing because that SSD was the Intel 310 mSATA and since then, 35 mSATA SSDs (blade style included) have been through site testing. In fact, with our multi-SSD review of the Intel SSD 525 mSATA family today, it almost seems that we have come full circle in reaching mainstream availability.

Where the Lenovo Thinkpad originally accounted for millions of mSATA SSD purchases worldwide, today we have a new face with the ultrabook craze and with this, business, enterprise and the consumer want performance and capacity. Stick with us today as we take a close look at the Intel SSD 525 mSATA SSD family, capacities analysed to include 30GB, 60GB, 120GB, 180GB, and 240GB.  Do you think our hands were full with this report?

The Intel 525 is the little brother of the Intel 520 SSD, the 520 being reviewed here and released just about a year ago this week. The SSD 525 is the first mSATA SSD release to hit the consumer in so many capacities, with availability in 30, 60, 90, 120, 180 and 240GB sizes.  No MSRP pricing has been released, but Amazon has just listed

The 525 is a SATA 3/6Gbps mSATA SSD that is fully backward compatible with SATA 2 and comes with a limited five year warranty. It measures 50mm long and is only 3.5mm thick, weighing in at around 6gms and also has 128-bit AES encryption and data encryption.  At 20GB of host writes per day, it’s ‘minimal useful lifespan’  is three years for the 30GB capacity and five years for the others. As with all ‘LSI SandForce Driven’ SSDs, typical performance specifications are 550MB/s read and 520MB/s write with up to 80,000 IOPS.  It merits understanding that these performance numbers can vary depending on the SSD capacity, as well as the data type being transferred, be it compressible or incompressible data as we will demonstrate in our report.

Intel also supplied a mSATA to SATA 3 adapter for desktop testing, the 180GB version of the 525 undergoing testing during this shot.  If you click on the picture, the capacity of this mSATA is easily identifiable as there is only one module of memory on the visible side under the branding sticker.