Our recent RAID review of three Intel 520 SSDs on the Highpoint 2720SGL 6Gbps RocketRAID Controller opened our eyes as we didn’t think performance of 1.5GB/s could be reached with three SSDs.

Those results were just a taste of what was yet to come as we simply had to throw eight Crucial M4 256GB SATA 3 SSDs onto the RocketRAID for a true run. How does 3GB/s performance grab you for a start?  Unbelievable?  That’s what we thought as well but we did it!

Putting aside the 3GB/s performance for just a second, lets head back a bit to our review of the very same HighPoint 2720SGL controller with the same SSDs and older firmware. The performance of the controller was much better than expected, however, it was something else that got our attention, this something being the popularity of the review with our readers.  This was evident in not only the amount of comments on the article as well as forum pm’s received, but also in the high number of e-mails received with respect to the article.

As a result, we made sure we had that ‘face to face’ with HighPoint at CES and were asked to test new drivers that they had for the RocketRAID, drivers that would bring about an incredible 50% performance increase!   An offer like this was simply to good to pass up. 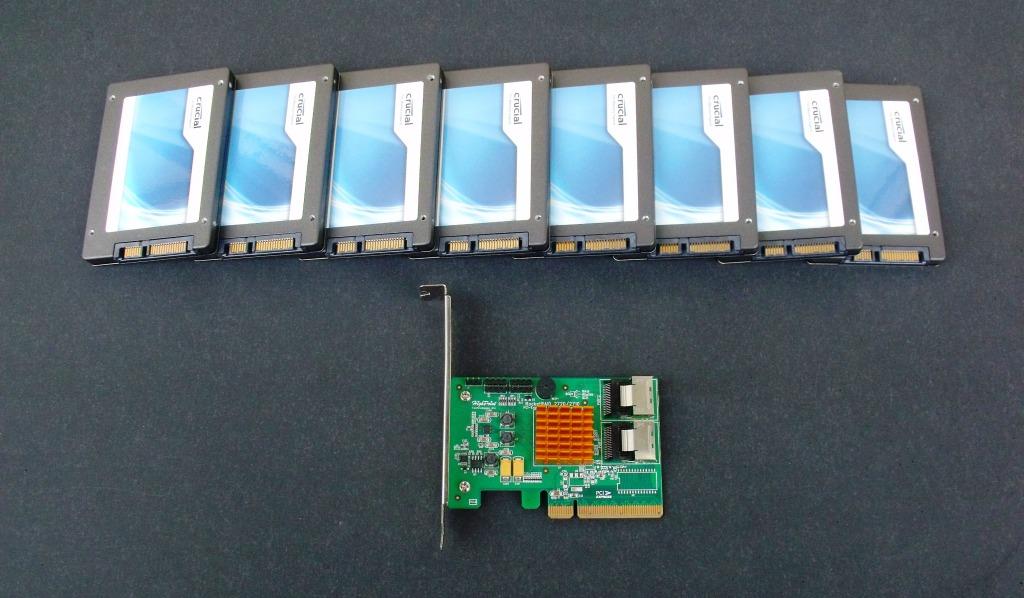 The long list of reasons why our first review garnered so much attention just doesn’t seem to end for HighPoint.  To say that such an amazing performance was achievable at such a low price was an understatement at the RocketRAID coming in at a mere $160, a price that saw many an enthusiast looking very closely at this card.  And then there was RAID 5 and RAID 6 configurable straight out of the box, this being an absolutely fantastic feature for many home users with large HDD arrays, specifically Windows Home Servers and FTP Servers.

Add to this the ability to simply plug this card into systems with older chipsets and users now have a simple upgrade to SATA 3 functionality and the RocketRAID is now a product suited for mainstream users as well as enthusiasts.  Having Crucial/Micron as a supporter has enabled us to throw in eight Crucial M4/C400 SATA 3 SSDs in order to highlight the tremendous performance potential of this card. 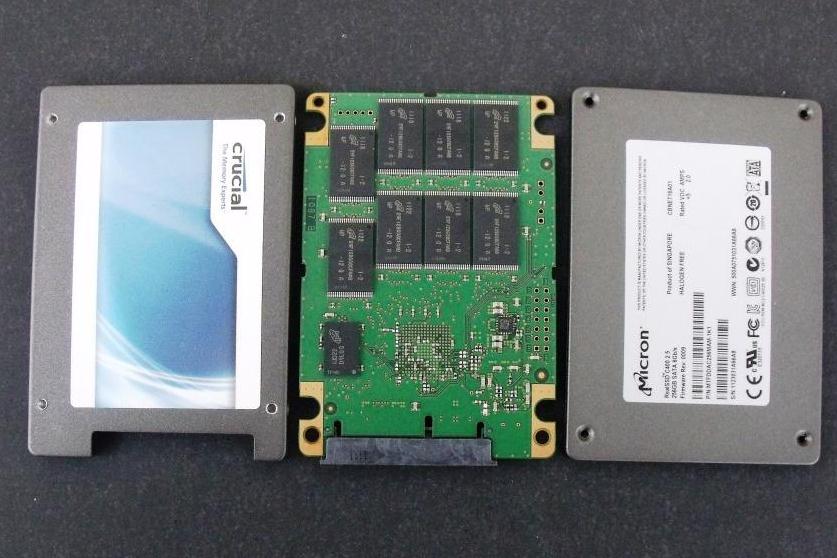 The HighPoint 2720SGL RAID card used for this report utilizes the manufacturers newest firmware revision, which drastically improves end performance.  A key consideration with this controller is that its slim form factor makes installation very simple and its small footprint and low heat signature make this a very unobtrusive device when installed into the host computer. A key benefit we see with such a low-heat solution is that it doesn’t require any complicated cooling measures and doesn’t result in unbearable heat within the system chassis. 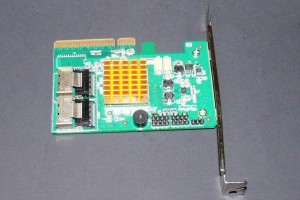 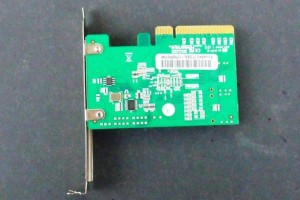 The HighPoint controller uses a low powered ROC to boost the device through boot-up, to which the driver and the host system then perform the brunt of the computation. The card does not utilize any cache, other than the cache that is contained on the SSDs themselves.

The RocketRAID configuration sets a 64K stripe and which is not user configurable. Our configuration entailed write cache and NCQ being enabled and all 8 of the SSDs set to RAID 0.

With the promise of 50% higher speeds with Highpoints new RocketRAID drivers, there was bound to be some impressive performance.

This is pretty awesome. I’m having a chat with macperformanceguide.net, about whether this route would be better than just getting a PCI-E SSD equivalent. Like the RevoDrive 3.
Are those just as likely to fail in Raid 0? as they are just onboard raided Sandforce SSD’s no?

Any thoughts would be appreciated.

Guys, can you make the same, but using par drives on tests?