If we were to look at the flash controller hierarchy, Phison has typically placed as a mid-tier company.  We met with Phison at the Flash Memory Summit in Santa Clara, California, this past August and they spoke of a new controller that might move them up in the stack, the Phison Quad-Core PS3110 6Gbps controller.  Capable of 550MB/s read, 530MB/s write, over 100K IOPS, with features such as AES 256-Bit encryption, compatible with the latest SLC, MLC and TLC memory, and capable of accommodating single form factors of up to 2TB, this controller seemed to be a definite step forward and we looked forward to getting it on our Test Bench. 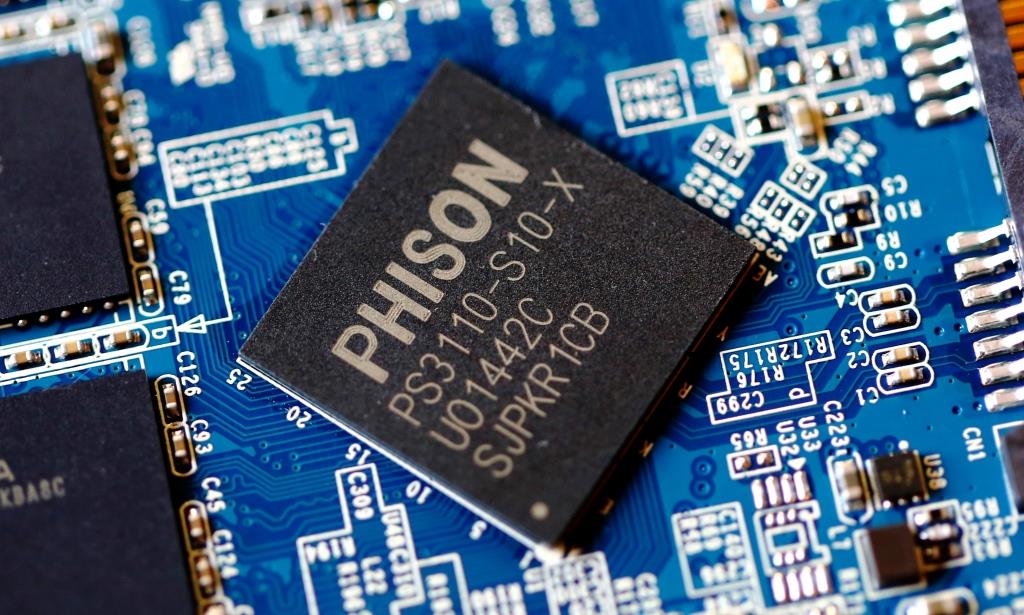 Although we are sure many will follow suit in time, the Corsair Neutron XT 240GB SSD sample that we have in our hands for this report, is the first to be seen with the Phison PS3110 controller and should be available some time in the near future..  Having put this SSD through its paces over the past few days, we think that you just might be as surprised as we are to see a new SSD released that definitely jumps into that top-tier that so few other SSDs have been capable of.

The Corsair Neutron XT is available in capacities of 240, 480 and 960GB and provides performance specifications of 560MB/s read and 540MB/s write with up to 100K IOPS read and 90K IOPS write speeds at low 4k aligned disk access.  As great as these numbers are, we were just as impressed  with the Corsair SSD Toolbox that went well beyond simply providing drive information, giving us additional tools such as the ability to change our overprovisioning, Optimize the SSD, Disk Clone, as well as Secure Erase the SSD.

In fact, the Corsair SSD Toolbox is one of the few that we have encountered that performs a quick and easy Secure Erase each and every time without those annoying ‘frozen drive’ notifications occurring.

The Corsair Neutron XT is built upon a half-length printed circuit board (PCB) protected by a two-piece metal exterior shell.  Refreshing was the fact that there were no difficult screws to mess with when separating the shell, but rather inserting and twisting ones pocket knife on each edge of the base did the trick.

From a personal viewpoint, it is great to see Corsair moving back to that red exterior case they once made famous with their Force family of SSDs.  A quick click on the right photo above will give a better look at the grooves on either side of the SSD where we inserted our blade tip,

Taking a closer look at the PCB top, we get a look at the Phison PS3110-S10 32-bit quad-core eight channel SATA III 6Gbps controller, along with four of the eight Toshiba MLC A19 MLC memory chips, and a NANYA DRAM cache IC.

Each module of memory is 32GB in volume, for a total RAW capacity of 256GB, this reduced to the advertised size of 240GB through over-provisioning.  Once formatted, the total capacity available to the consumer is  223GB.  The Corsair Neutron XT comes with a 3 year warranty.