Lexar has recently released their Professional Diamond Series CFExpress Type B Memory Card and they believe this card is the ‘worlds fastest’ CFExpress card to date. Specifications list speeds of 1900MB/s read, 1700MB/s write and 1600MB/s sustained write and, if these numbers pan out, this would be an industry leading storage device.  As much as we appreciate these numbers, we feel it only fair to recognize that the buyer will most likely never see read performance of 1900MB/s.  This is not a Lexar thing, but rather, a storage industry thing that has been around since the beginning of time. 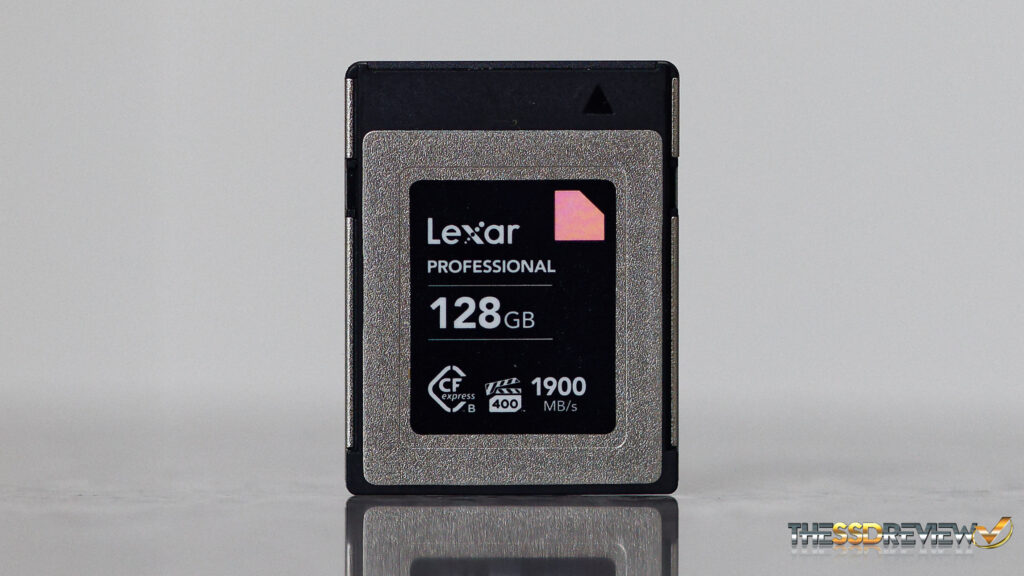 Simply, the high sequential read and write performance used for marketing represents the highest that card can reach at any given time.  It is much the same as buying a car that professes to top out at a certain speed or achieves a certain mileage; you must follow a specific criteria in order to achieve those numbers…fact of life.  Don’t get me wrong. By the end of this report, we may find that this is the top performing CFExpress Type B card in the world today; one step at a time though.

Three things represent the makings of a good CFExpress card and The SSD Review tests those three things each and every time.  We may be the only website to do this in fact.  Data transfer and sustained write speeds along with the maximum temperature reached during testing; these are key measurements.  Sustained write speeds have traditionally been the biggest concern as some cameras don’t work as they should if a certain sustained write performance hasn’t been achieved.  This is why a standard has been identified that is recognized as the VPG 400 standard.  This means the card will reach a minimum of 400MB/s sustained write speeds in typical use. This stamp is displayed on the Lexar Professional Diamond Series card branding, but Lexar achieves four times the standard.

Today, we are testing the Lexar Professional Diamond Series 128GB CFexpress Type B Memory Card and it seems to promise some very good things, right from their guarantee of 1600MB/s sustained write performance which would be just about the best we have seen to date.  This card is available in 128 and 256GB capacities, operates through the PCIe Gen 3×2 interface, and comes with a limited lifetime warranty.  It is worth mentioning that supporting ones product with a lifetime warranty is extremely rare, and also, it just about the best you can get with respect to a companies confidence in their product.  This card is also shock, vibration and temperature resistant and fully backwards XQD compatible.  Check out Lexar Professional CFExpress type B Diamond Series pricing at Amazon.

CFExpress Card testing at TSSDR differs slightly, depending on whether we are looking at consumer or enterprise storage media. For our Lexar Professional 128GB Diamond Series CFExpress Type B  Card testing today, our goal is to test in a system that has been optimized with our SSD Optimization Guide.

For our testing today, we will be relying on the pictured PCIe 3.0 x4 CFExpress reader created for us by Lexar some time ago.  As a bit of confirmation, we always test with multiple readers we have on hand and of both the ThunderBolt 3 and the newer USB 3.2 2×2 spec. One of those readers is Lexar’s own CFExpress USB 3.2 2×2 Card Reader which is a 20Gbps device that allows data transfer speeds up to the industry standard and to a theoretical max of 2GB/s.  It is available and found at Amazon for $77.99.

There shouldn’t be a difference in any of these devices as the top speed of CFExpress is well below the threshold of all readers ( and our AIC Gen 3 reader), whether they be Thunderbolt 3/4 with a threshold of 2.8GB/s or USB 3.2 2×2 with a top speed of 2GB/s.