One of the biggest advances at the forefront of digital technology in the past few years has to do with data storage and the introduction of CFExpress cards.  As an avid photographer and digital enthusiast, myself… I wonder what took so long and… in fact, I wonder why the digital industry has lagged so far behind when we consider the advance of flash technology.  For instance, right now one can get a storage SSD the size of a stick of gum that moves data at 7GB/s yet flash has not been incorporated into digital technology anywhere near it potential.  I find this so strange considering the speed of data transfer within digital equipment has literally changed the way camera and digital professionals do business.

Consider photography as an example.  Digital cameras have taken on a new face since the Canon EOS R5 release as the faster movement of data in this camera, specifically because of the CFExpress Type B card within, allows for higher resolution photos, videos and a much higher frame rate when taking pictures.  Before this camera, the term ‘filled buffer’ was a very common term when using any camera to its full potential and the reason was because we couldn’t get the data moved to the card quick enough. 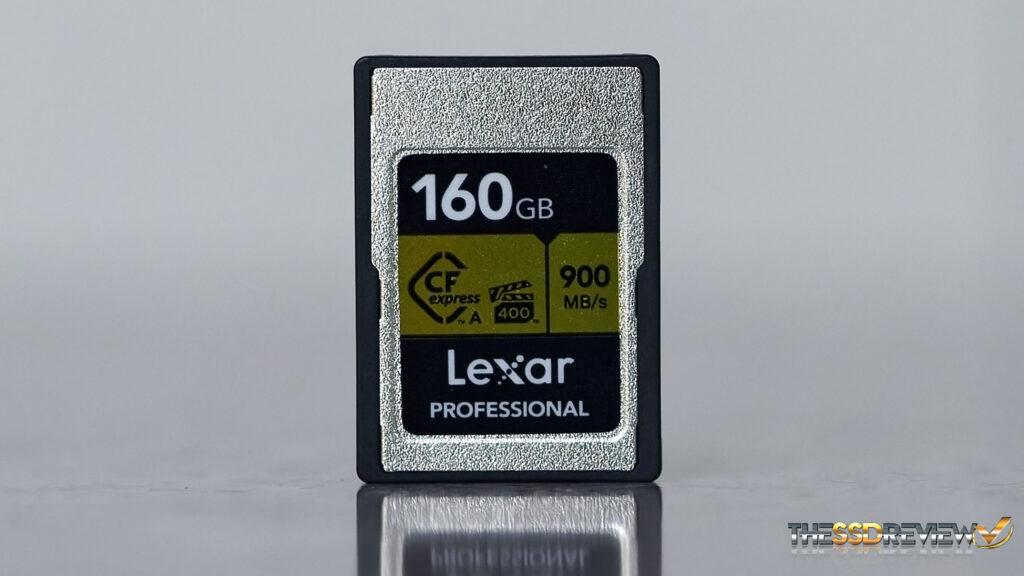 Both CFExpress Type A and Type B cards rely on PCIe 3.0, Type A using a single lane while Type B uses two lanes.  Theoretically, Type A might be believed to reach 1GB/s while Type B would reach 2GB/s, however, reality has shown Type A to max out at over 800MB/s while Type B has reached 1700MB/s.  CFExpress Type B is much more common with a slew of cameras making use of it (Canon R5/Nikon Z6 and Z7), whereas we find only Sony using the Type A card in their A7SIII, which is a very popular camera in itself.

The CFExpress Type A card is somewhat of a niche product with limited production.  In fact, we have only tested one other in the ProGrade Digital Cobalt CFExpress Type A 160GB card, our review posted here.  Today, we have Lexar’s newest Professional CFExpress Type A 160GB Memory Card, along with their Type A/SDXC Card Reader on our Test Bench and we will be able to do somewhat of a limited comparison between the two.  By limited, we bring forward that the ProGrade was the first release of its kind and met with some difficulties by way of sustained write and data transfer performance.

The Lexar Professional CFExpress Type A Gold Series Memory Card is a PCIe 3.0 x1 (single PCIe lane use) card that measures 20mm x 28mm x 2.8 mm which makes it considerably smaller than the CFExpress Type B card.  Lexar specifications list this card as being capable of speeds of 900MB/s read and 800MB/s write with sustained write performance of at least 400MB/s which is shown by its video class VPG 400 designation on the card. This would make it the fastest CFExpress Type A card on the market today, and it is available in 80GB or 160GB sizes.

CFExpress Card testing at TSSDR differs slightly, depending on whether we are looking at consumer or enterprise storage media. For our Lexar Professional CFExpress Type A 160GB Gold Series Memory Card testing today, our goal is to test in a system that has been optimized with our SSD Optimization Guide.