It is rather fortunate that Delkin Devices reached out to us because this report has brought forward a few things that we didn’t know.  First and foremost, this is the first that we have seen of a CFexpress Type B card that does not have its temperature rise significantly when sustained write data transfer occurs.  This performance is indicative of the highest quality 4k or 8K video being filmed and simultaneously storing that media to your CFexpress card.

This chart shows the cards we have tested and the temperatures each have reached during sustained write data transfer.  Anything in the area of 80°C leaves ones camera rather hot to the touch and you definitely don’t want to be removing the CFexpress card right away.  45°C is normal.  It may leave the camera a bit warm but the card can be removed or switched with another. This is rather encouraging as Delkin Devices has demonstrated that high temperatures don’t have to be the norm.

With our previous reviews of the SanDisk Extreme Pro and the Lexar Professional CFexpress Type B Cards, we were rather impressed with the sustained performance that we were seeing, topping 1GB/s in fact.  Not only did the Delkin Prime 64GB top the performance of these cards, but the 128GB Delkin Devices Power CFexpress Card pulled off a sustained write of 1320MB/s which was unheard of.

It was also at this point that we discovered that the difference in sustained write performance cannot be detected in any way through our typical testing regime.  Looking at our testing for this card, it is right up to spec. So… we decided to do a bit of true data testing on all of these cards.

For our Real World File Transfer Comparison of the world’s top CFexpress type B cards, we have included all cards that we have received to date. This test is conducted through the transfer of data from one spot on the test drive to another to give us the truest of transfer speed results for that device.

Not surprisingly, the three Delkin CFexpress Type B cards held their positions in first, second, and the 256GB version last.  This appears reflective of sustained write performance, considering the file transfer was rather large.

The Delkin Devices Prime 64GB and Power 128GB CFexpress Type B cards are two of the most impressive cards we have seen to date.  Not only did they display performance well in excess of 1.5GB/s in our synthetic testing, but also, both pulled off sustained writes in excess of 1GB/s as well…and all the while maintaining what only could be described as normal card temperatures.  The accomplishment of lower temperatures, in itself, is very impressive…and encouraging. 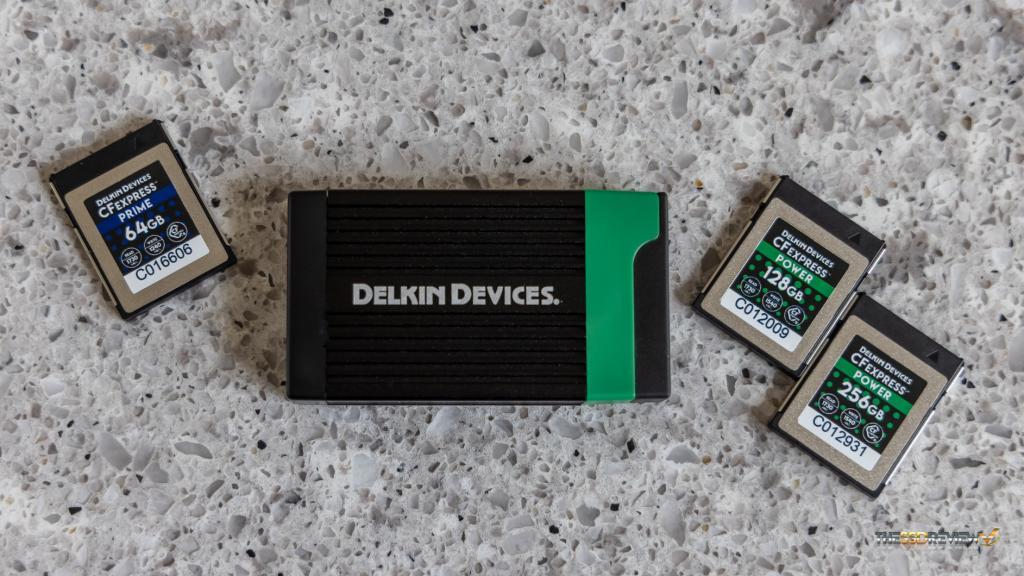 We would be remiss to not speak to Delkin Devices Warranty. Upon registration, Delkin CFexpress Cards have a lifetime warranty with a 48-hour replacement guarantee, to include having the card replaced at any authorized dealer.  Very simply, if your card goes dead, they will replace it.  As well, every card is serialized for added protection.

Considering the performance to include sustained write data transfer and low temperatures during that transfer on the Delkin Devices Power 128GB CFexpress B Card, as well as pricing and warranty… this card has earned out Editor’s choice Award.

The Delkin Device line of CFExpress Cards demonstrates performance, value and one of the best warranties in the business.