If we told you that we spent $2400 to right a wrong in proving something that you as a consumer should be aware of, would you believe us?

This report closely examines the ASUS Zenbook.  Within the ‘Zen’, ASUS may provide either of two SATA 3 SSDs, these being the AData ‘SandForce Driven’ XM11 or the Sandisk U100. There is no price difference between the two, the product number is the same and the consumer has no way of knowing which they will receive.

The performance drop between the two is significant.  Our concern, in fact, led to our investing  in one of each Zenbook (AData/Sandisk), and then voiding the warranties to confirm SSD configuration, so that potential buyers have  a clear view of this.  We believe ASUS should be clearly identifying the SSD on exterior packaging and within specifications just as they would a CPU, especially since the SSD is responsible for the largest visible upgrade we see in computer performance today.

We will be the first to concede that we are not the first to explore this topic as AnandTech covered it some time ago in their Asus Zenbook UX21 Review quite well and we had since received a few e-mails from unhappy customers whom had unknowingly received a system containing the SSD that was not of their choice.  It seems there was no way of identifying the SSD on the exterior packaging and the first signs of SSD identification were found on the interior box which would be seen after purchase. 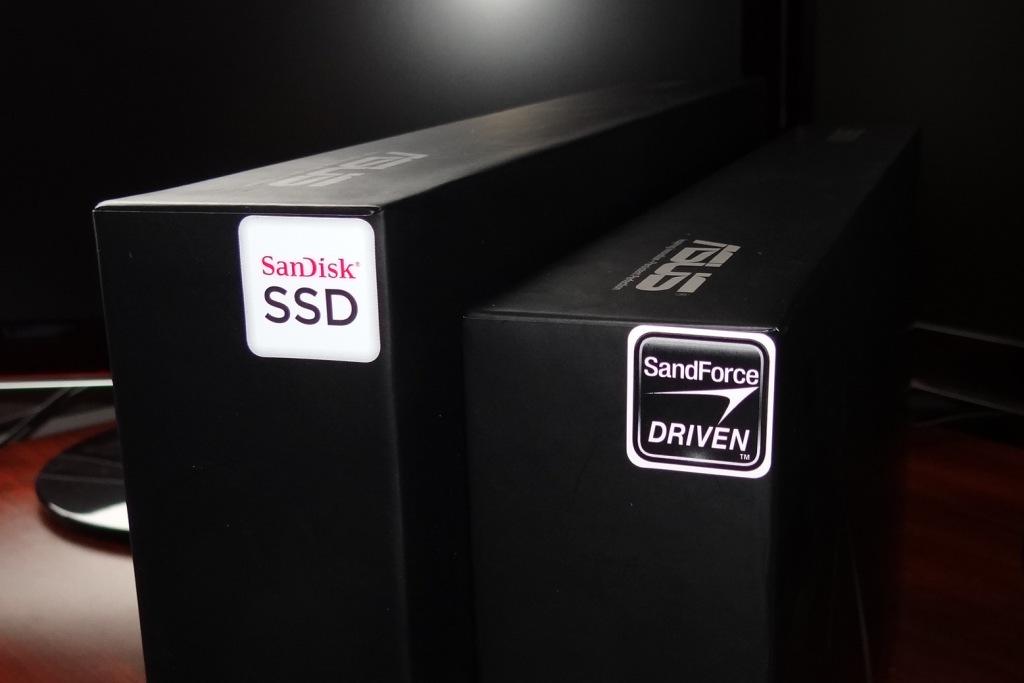 In fact, it wasn’t until our review of the Samsung PM830 SATA 3 SSD that we had even considered the viability of a Zenbook purchase, this being the result of an unhappy reader asking why we weren’t testing a SATA 3 mSATA SSD in a system for which it was intended, rather than on our Test Bench.  He was absolutely right.

Our next stop was deep within the pages of several tech site reviews where we found a large number of AData XM11 included Zenbooks with great performance results, but we could not find a review with the Sandisk U100 SATA 3 SSD.  We found it odd as the performance detailed by ASUS did match that of the included ‘SandForce Driven’ SSD but what about the Sandisk U100?  It was there that we found some rather remarkable user posts (1,2,3) that opened up our eyes to something that we feel should be rectified by ASUS.

Given this information, we decided to visit three major chain retailers and do a bit of ‘benchmarking on the go’ where we were very surprised that two of the chains no longer had the Zenbook on display, however, we were free to order online and would receive the product in a few days.  That didn’t work as we leave for CEBit in beautiful Hanover, Germany in a short twenty one hours from now.  We hit the third at which time the conscious decision was made to purchase one of each system.  The deciding factor came from information learned that the Windows Experience Index for the Sandisk U100 was only 5.9, whereas it was significantly higher at 7.9 for the AData XM11.

Our end purchase consisted of a ASUS Zenbook UX21 with a AData 120GB SATA 3 SSD installed and a UX31 with the Sandisk U100 SSD installed.  As much as some may believe that the configurations should be exact, the simple fact is that we are only testing the SSD of the system and both are Sandy Bridge systems capable of amazing SATA 3 speeds after all.  We simply have no use for two exact laptops at the office.

As a bit of a side note, those familiar with SSDs are aware that ‘SandForce Driven’ SSDs such as the AData XM11 are of the 120GB capacity while the Sandisk U100 SSD is 128GB, yet both of our packages identified the internal SSD as 128GB.  Given the value of SSD real estate, that loss of 8GB on a system advertised as 128GB is just a bit deceiving.

These pictures display the SSDs as they were being removed from the chassis.  It is not a simple task as the chassis is secured by several very small torx screws and the SSD screw is covered by security tape which meant that removal voided the warranties.