We have always been amused with Samsung because, although they were the second to put out an SSD with their first 64GB MLC SSD (costing $1130), they soon seemed to disappear from the SSD race.  In 2010, we got our hands the Samsung 470 Series SSD which had been released some time before yet not reviewed and, if you would believe it, we went on record stating this SSD was the best of the best and an undiscovered gem.  Other reviews followed suit confirming our claims and, just like that, Samsung was a force to contend with. This remains valid today with the 840 Series SSD being the world’s most sought after SSD. 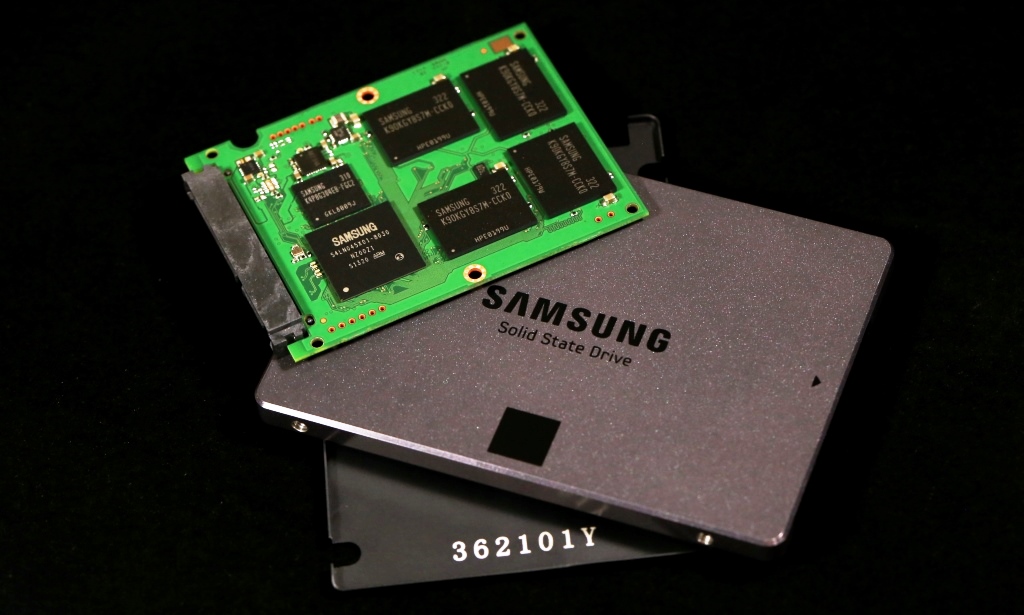 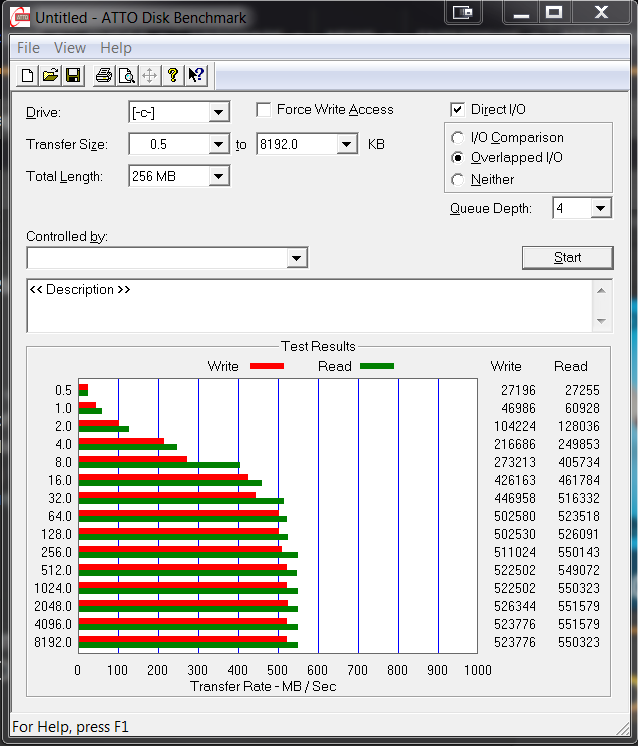 These are excellent results from a SATA 3 SSD and if you look at trends with others today, value seems to be taking the place of performance where we are now seeing typical read performance above 500MB/s, yet write speeds are commonly ion the mid to high 300MB/s range. 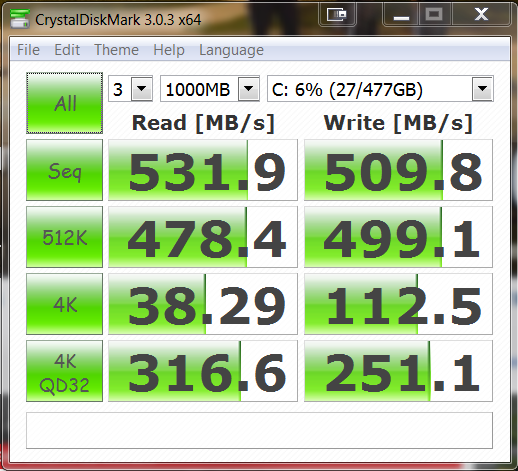 Even with a power on count of 1020, over a thousand hours of use and over 2TB of throughput, this SSD still performs as if it were new. 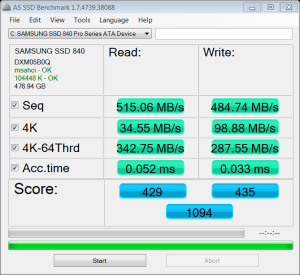 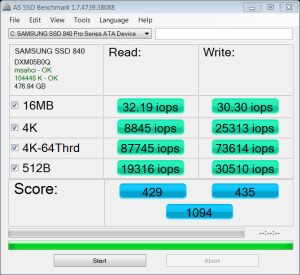 AS SSD confirms the performance with a great Total Score over 1000.  If you liked PCIe Copy Bench speeds though, hold your breath because SATA speeds aren’t quite as fine… 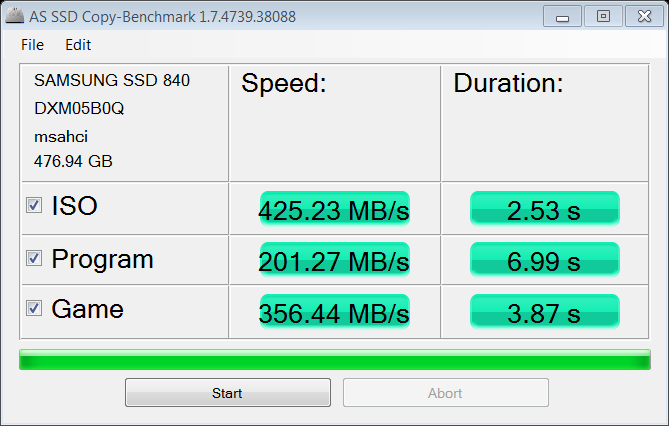 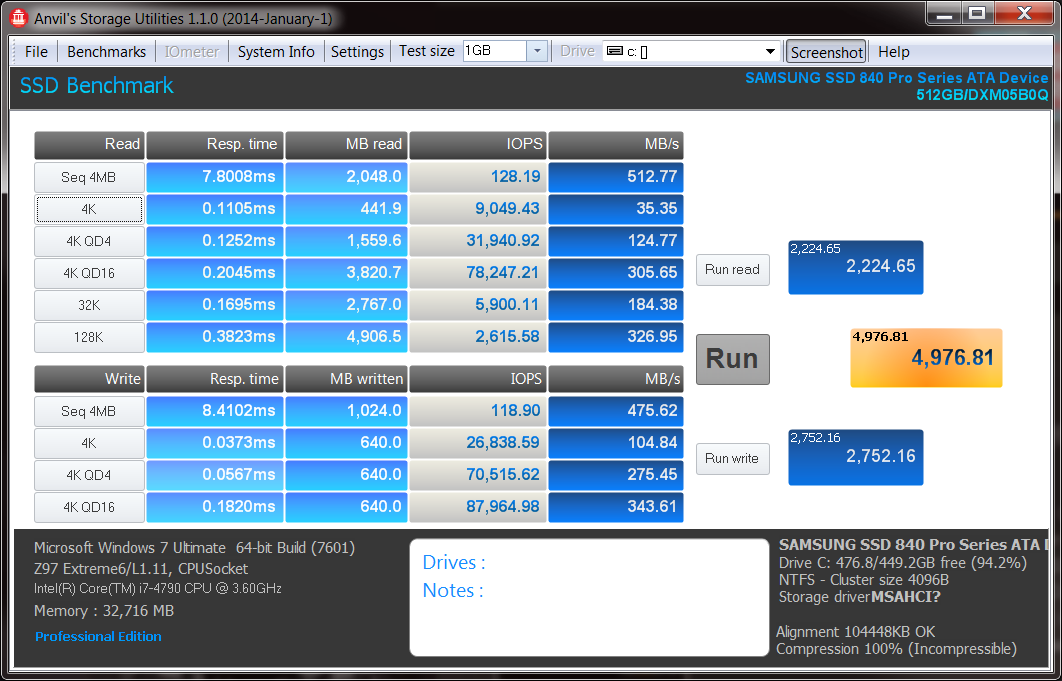 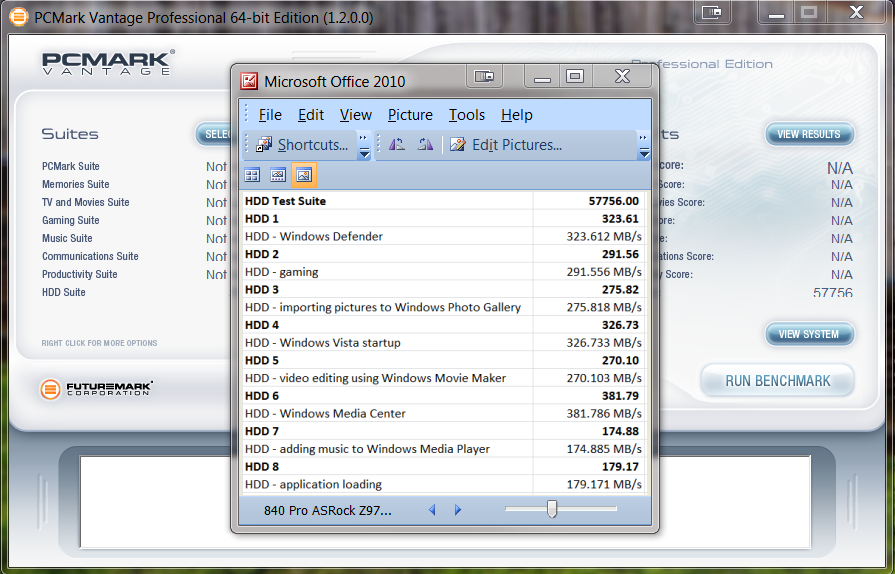 A PCMark Total Score of 57756 is typical of what we might see in a SATA 3 SSD because PCMark Vantage provides the best results to new SATA 3 SSDs. Even having recognized this, we are still very happy with the performance, and lifespan, this SSD has had.