To anyone not familiar with SSDs, our title might not seem that striking, but it represents a huge step forward in storage technology within a very short time.  It also speaks highly of ASRock for again leading the way in advancing storage, as they are the only to incorporate a new SSD innovation into their Extreme 6 motherboard; this of course being a PCIe Gen 3 x4 interface that could accommodate M.2 SSDs up to blazing 32GB/s speeds.  Although it may be some time until we get  such a small form factor SSD travelling at that speed, this does mean that the Extreme6 is the only motherboard in the world that can accommodate our Samsung XP941 as a boot drive today.  In fact today, we are going to be testing not only that XP941, but also the Plextor M6e PCIe x2 SSD and the Samsung 840 Pro SATA 3 SSD. 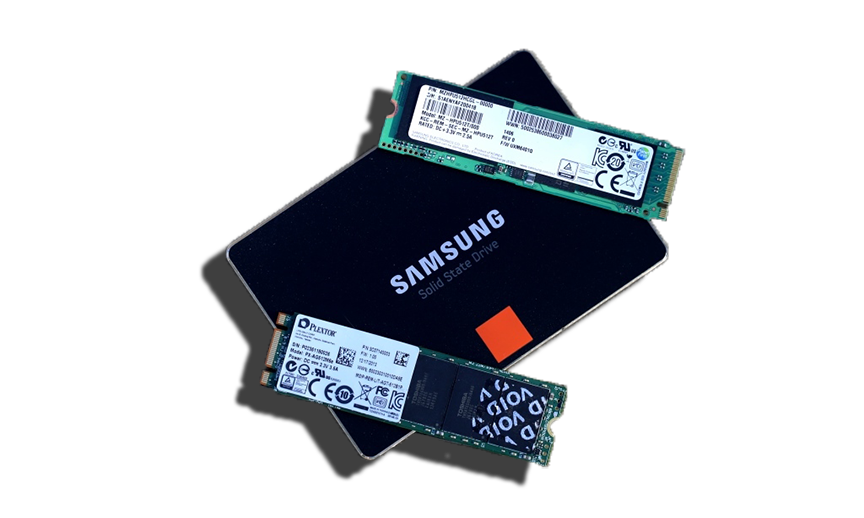 Just to step back a bit though, it was only on their last round of releases that ASRock introduced the first motherboard with an integrated PCIe X2 M.2 connector.  This was the Fatal1ty 990FX Killer AMD motherboard that we reported on a month or so back.  That board wasn’t the only that they could credit as being the first of its kind. Although that connector wasn’t included in their Intel Z87 Extreme11/ac motherboard that we also reported on, they pretty much left any competition behind by incorporating 6 Intel SATA ports along with 16 SAS/SATA ports to that board.  These SAS/SATA ports were hooked up to a LSI SAS 3008 PCI Express 3.0, 8-port, 12Gb/s SAS and SATA I/O controller and LSI 3x24R Expander that enabled the use of SAS or SATA SSDs.  In our subsequent testing of 8 HGST 12Gbps SSDs, we were able to push this board to 6GB/s speeds and 850K IOPS.  This has NEVER been done with a consumer motherboard alone ever before. Back to the Z97 Extreme6…

UNDERSTANDING HOW DIFFERENT SPEEDS ARE ACHIEVED

Even before we get into the ASRock Z97 Extreme6 motherboard, the simple fact that we are testing three totally different SSD interfaces merits an understanding of how the speed of each is achieved.  SATA 3 for example, does not run directly through PCIe lanes to the CPU, and as such is limited to SATA 3 (6Gbps) throughput of somewhere in the area of 575MB/s maximum in reality.  Both the Samsung XP941 and the Plextor M6e M.2 SSDs use PCIe lanes which eliminated that SATA barrier, 4 lanes for the XP941 and 2 lanes for the M6e.  In understanding PCIe 2.0 lane throughput, a theoretical 500MB/s is stated as throughput per lane. This means that the M6e can reach 1GB/s (theoretically), whereas the XP941 might reach twice that at 2GB/s.  This is never quite possible as a result of hardware components and their constraints.

A basic understanding of the connectors helps things along just a bit more.  The SSD on the bottom is the 840 Pro with a SATA connector, Samsung XP941 on the left with a M.2 X4 connector, and the Plextor M6e on the top right with the M.2 X2 connector. The space in the XP941 is denoted as the ‘M key and only these connectors can pass PCIe 4 lane (X4) speeds.  The M6e on the right contains both the ‘M Key’ and the ‘B Key’ and can only pass PCIe 2 lane (x2) speeds. Just as a point of interest, all three can pass the SATA signal but the two top M.2 connectors are just a bit different.  This comes into play with SATA Express where the same M.2 connector can be used for either SATA, PCIe x2 or x4.  We saw this a bit in our testing of eight different SSDs, some SATA and some PCIe but all M.2.