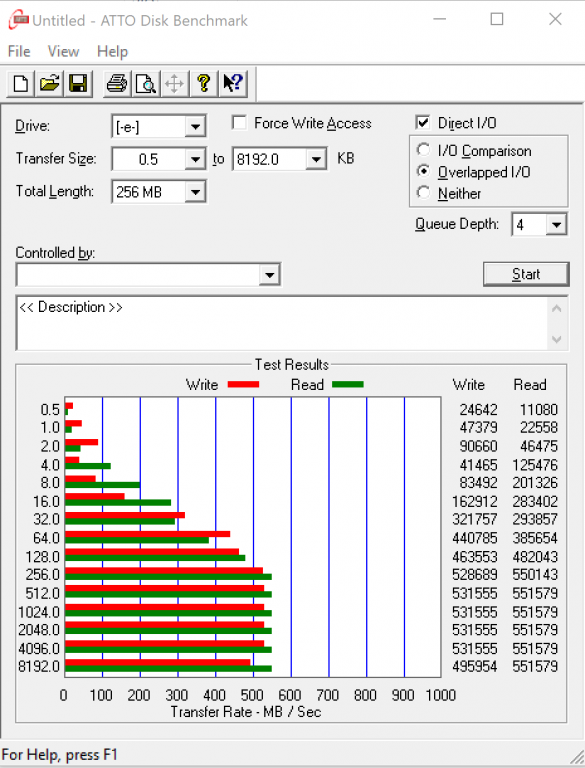 Listed specs for this SSD are 550MB/s read and 520MB/s write and initial ATTO results appear to be right on the money. 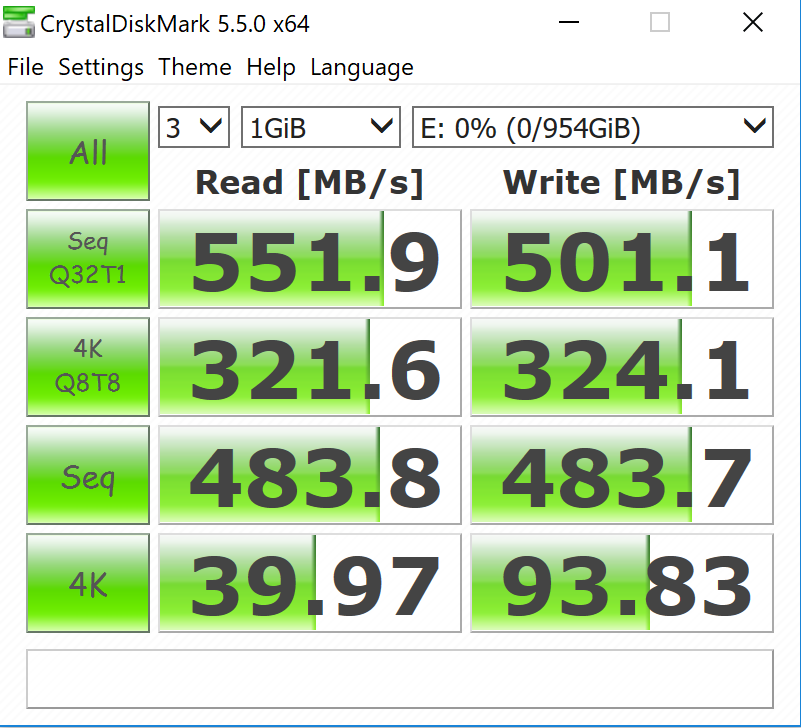 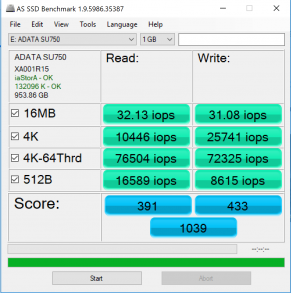 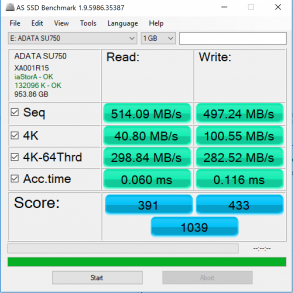 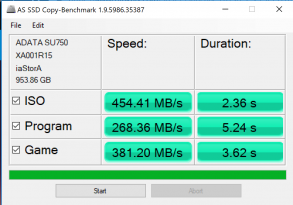 AS SSD results are typical for what we might see from a SATA3 SSD with over 70K IOPS read and write and sequential performance being lower than listed specs.