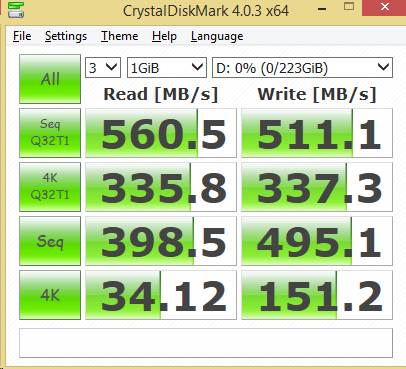 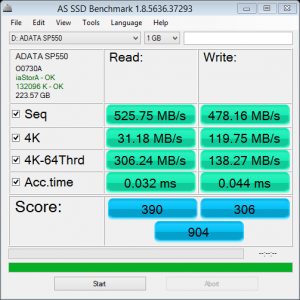 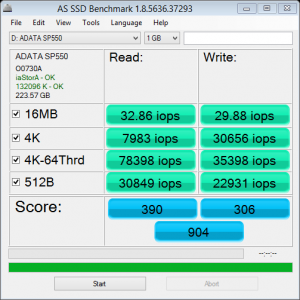 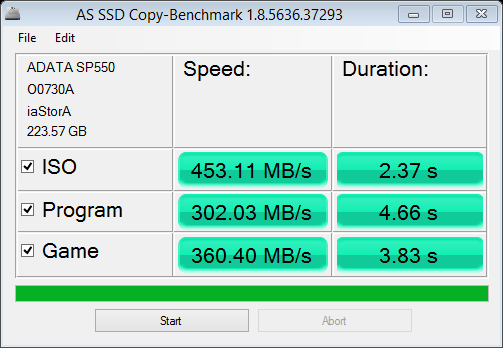 Looking at the performance in AS SSD we can see that it achieved an overall score of 904 points. As normal read and write speeds are a bit slower than in the other benchmarks with reads coming in at 526MB/s and writes reaching 478MB/s. AS SSD also gives us a look at IOPS performance. For reads it was able to deliver performance over its 75K rating, reaching 78K IOPS, however, during writes the IOPS are half of specification, reaching only 25K. 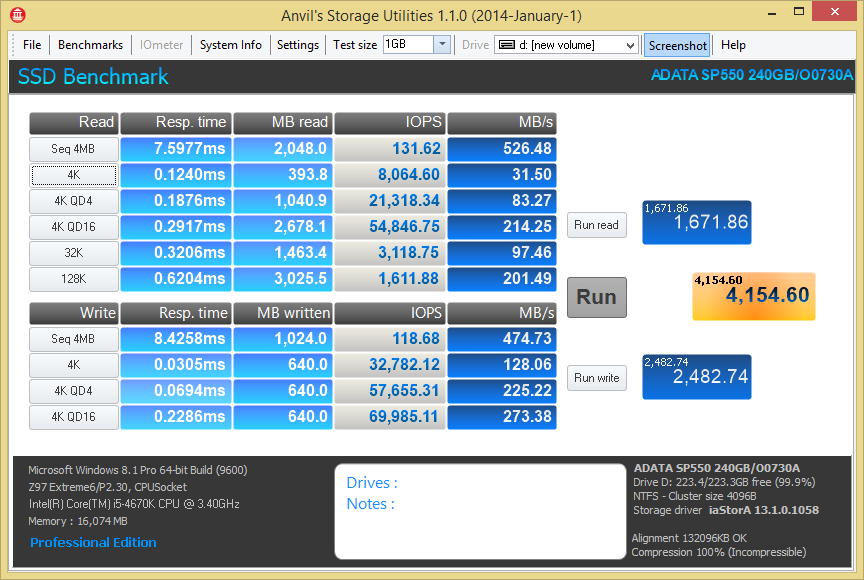 Finally, Anvil shows off an overall score of 4155 points. Read and write performance is in line with AS SSD’s results, however, in terms of IOPS we see an improvement in writes. The Premier SP550 reached just shy of 70K write IOPS, which is much better than AS SSD revealed.