While we are awaiting next gen SSDs featuring SF-3700 controllers, we are still seeing some SF-2200 based SSDs released in the market. A few years ago, SandForce SSDs saturated the marketplace as they were the go to for most companies, however as of late, this has changed. A lot more options are out there for companies to choose from. Companies such as Marvell, Silicon Motion, and Phison all make very competitive controller and SSD design options. As a matter of fact, most of our recent reviews are of SSDs with controllers from each of these manufacturers. The last SandForce based SSD we reviewed was some time last year. Having said that, while the SF-2281 controller is going on four years old, it still competes well with these more modern controllers. 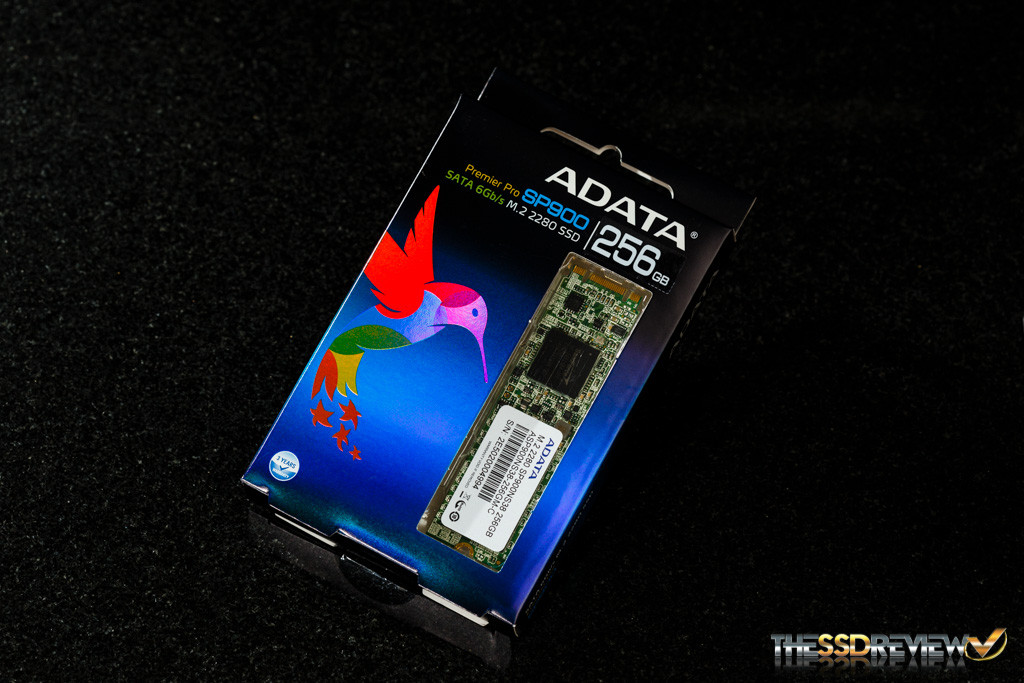 The M.2 form factor gained some great traction sa well. Most companies are now offering M.2 form factor drives for consumer and OEM purchase. Just recently we looked at M.2 drives from Transcend, Kingston, Micron, and Plextor. Today on our review bench, we have the SandForce SF-2281 powered ADATA Premier Pro SP900 M.2 2280 in 256GB capacity. Let’s see how it fairs against some of these newer controller based SSDs in our testing.

The drive comes with standard S.M.A.R.T., TRIM, and NCQ features as well as DevSleep support. ADATA also markets the drive to applicable to Intel Smart Response Technology to speed up your system through SSD caching. You can also download their SSD toolbox from their website once you make an account. It has everything from drive health monitoring and diagnostics to system optimization settings. And to finish off, the SSD is covered by a 3-year warranty.

The packaging for the SSD follows the typical color options ADATA has used in the past with the dark accents and bright metallic blue. On the front is their humming bird logo and a nice see through opening so consumers can see the SSD itself. The basic info such as product name with form factor and capacity are listed on the front as well.

On the backside we can see a QR code and link to ADATA’s website where you can register the drive and free software, such as their SSD toolbox.

From a quick look at the front and back of the drive we can see there are four NAND packages and a single controller, however, there is no DRAM chip. The DRAM-less design is normal for SandForce drives. This makes them less prone to data loss during the event of a power outage as their NAND mapping table is stored in the internal SRAM rather than an external DRAM chip.

To the right we can take a closer look at the NAND. There are four ADATA branded 128Gbit synchronous MLC packages. ADATA tells us that they use both 20nm and 16nm NAND in their Premier Pro SP900 M.2 line of SSDs. Each package on our drive is 64GB in size for a total RAW capacity of 256GB, however once formatted in the OS, 238GB is available to the end user.

Finally, we can see a close up of the M and B-key connectors, denoting the SATA 6Gb/s interface connection.