Data compromise through hacking, malware and ransomware worldwide has become the most lucrative occupation.  Threat actors  can attack data systems and PCs  in an instant with proven total anonymity, wreaking havoc at the personal, business and corporate level with little chance of ever being caught.  We might be so bold as to say that each and every one of us has had our personal information compromised in a breach at one time or another.  Dont believe me?  This website is credible and will immediately identify if your email or phone, or passwords have been compromised in data breaches. If you come out clear in both of these , get yourself a lottery ticket now! 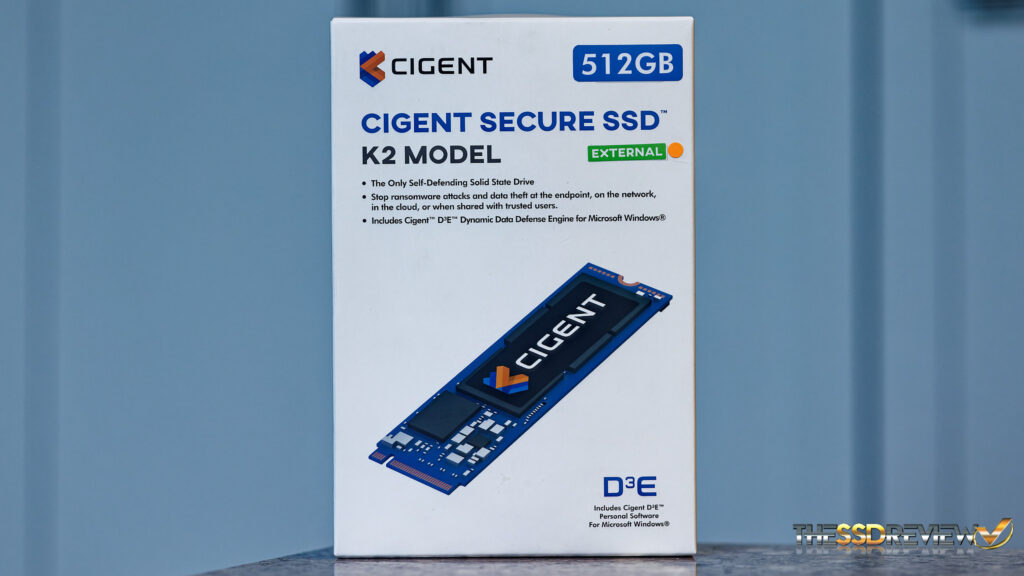 PC compromise, for the most part, is the result of open ports in your PC, vulnerabilities in software the result of failure to update, successful e-mail campaigns that distribute malware, as well as brute force attacks.  Most have never given a second thought to the fact that a simple e-mail click allows intruders access to your most personal and valuable information, the ability to watch and record through camera equipment, and even record every keystroke as you use your credit card to make a purchase on your PC.  Large businesses and corporations are no different, having fallen prey to ransomware simply because they haven’t gone so far as to have a protect their systems, and your data,  through simple off line back-ups.  The GanCrab ransomware alone brought in revenue of 2 billion dollars before they decided to close shop and move on.

Cigent intends to change all of that with their self-defending portable SSD that can provide data protection at the file level.  Our report today will take a close look at the latest and greatest in secure SSDs, the Cigent Secure SSD K2.  This SSD is brand new to the market and pretty much claims to be the most secure form of data security today.  I will be honest in stating this is going to be a hard sell for me as I have led a life relying on secure SSDs and encrypted portable PCs, to include more than a few secure SSD reviews on TSSDR along the way.

External data protection is achieved typically through hardware such as a number pad for password input on the outside of a flash drive, or software once you plug into a PC where access to your data is achieved.  Most have never thought of this but it is simply folder security and once the bad guy gets in there, it’s all open.  Cigent goes a step further with Zero Trust and continuous authentication at the file level.  If a threat is detected, your data is immediately locked, and in fact, virtual safe rooms are created where the data is locked and made invisible to the threat.  It is perfectly safe and unattainable.  We will get into this in a bit more detail as we go through many device menu options in this report.

The Cigent Secure SSD is available in three models, Aspen, K2 and the Denali, of which different security options are available for each.  We are testing the K2 today and have both a 512GB and 1TB capacity in hand.  All are bus powered, which means there is no plug in to the wall via power brick required, and they are available in 512GB, 1 and 2 TB versions.  They are connected via USB 3.2 Gen 2×2 and a USB Type-C to Type-A cable is included with a Type-A to Type-C adapter.  Performance is listed at a maximum of 1GB/s and this speed can only be achieved through Type-C to Type C connection with a USB 3.2 Gen 2 compatible PC or laptop.

Beside the Type-C port on the end of the device is a small LED that lights with power and activity.  All Cigent Secure SSD versions work through installation of the included Dynamic Data Defense Engine (D3E) software which is cloud managed through Cigent’s own servers and has a lifetime license.  The K2 comes with a 1-year warranty, has AES 256-Bit encryption, and MSRP is set at of $379 (512GB), $599 (1TB) and $999) for the 2TB capacity. Cigent SSDs are also compatible with Windows 10 only at the present time, with future releases planned for Mac and Linux.

Construction of Cigent Secure SSDs has taken place through a great partnership with Sabrent and Phison.  One may recognize the silver aluminum exterior from similar Sabrent external SSDs, and in fact, the 28″ connector cable is even labeled as Sabrent.  A bit odd is the fact that Cigent even included a torx screwdriver so that one can remove the exterior plate and the SSD inside. I don’t think this has ever been done prior.

Inside is a  blue M.2 SSD which contains a Phison PS5012-E12 DC 8-channel PCIe 3.0 controller.  Both hardware and firmware enhancements in this SSD have enabled its FIPS 140-2 Level 2 certification. Check Cigent K2 Pricing at Amazon.

There are also 4 packages of KIOXIA BiCS4 TLC 96-layer NAND flash memory as well as two SKHynix DRAM buffer chips. The SSD connects to a JMicron JM5583 USB 3.2 to NVMe SSD bridge as it sits inside the aluminum housing, this bridge being responsible for movement of data up to 1GB/s throughput as shown in this Crystal DiskMark result: