Ever since the popularity of PC building boomed, computer cases have enjoyed a certain uniformity. An overpowering number of consumers look for sleek, professional looking cases. This notion has remained in balance in the DIY culture, and remains so today. While it is tough to change that, Cougar hopes to add some extra variety by installing their new and inexpensive Challenger chassis into the market.

When Cougar’s Challenger arrived at my door I did not think much of it. A quick glance at the box suggested it might be a neat case, and indeed it certainly looks…unique. This sparked a search of Cougar, which turns out to be a moderately well-known company in Europe (notably Germany and the UK), but fairly unknown in North America. I was relieved to note that they make their name selling cases and power supplies, so at that point in my mind, the Challenger gained some legitimacy. 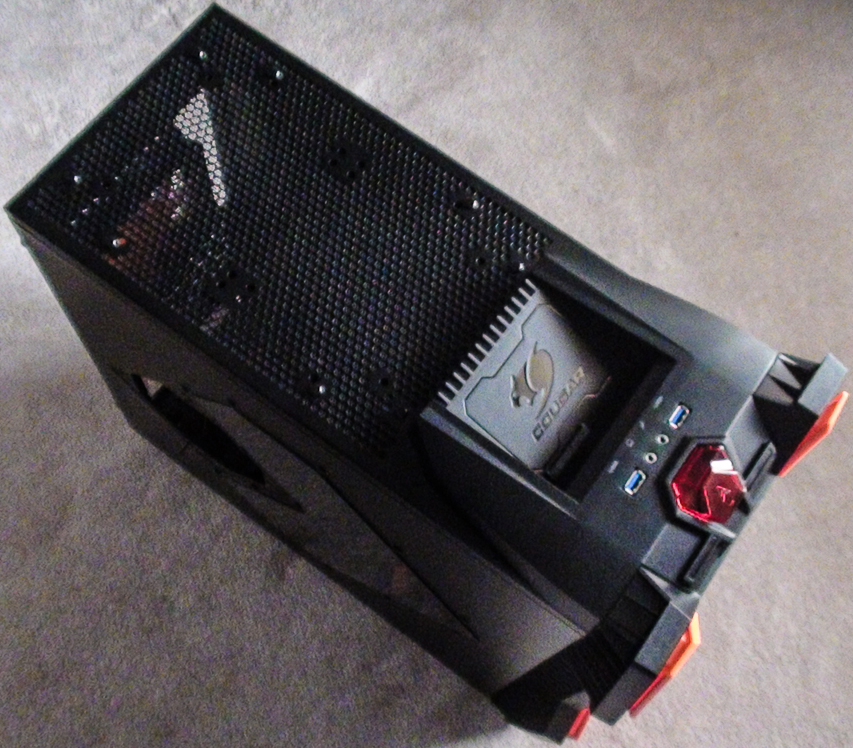 Fact is, there are thousands and thousands of chassis, as well as a plethora of very well-known and well-respected companies that make said cases. One could say that the market is over-saturated, but more accurately, there is simply an astounding amount of variety. Of course there would be a crowd for the Challenger, but with a name like Cougar backing it, it is highly unlikely that they would remain passive.

It is up to Cougar to attack the market with what seems to be a very interesting chassis to say the least, and they are off to a great start by making it available worldwide. Can the aptly named Challenger face the competition, or will the hunter become the hunted? Yes…cheezy I know…

As stated before, I got a pretty good impression of the Cougar Challenger from the box alone. It is hands-down one of the best box designs I have seen to date. The amount of information is perfect; not too much and not too little:

Packaging includes an installation guide, mounting screws, three 2.5″ drive trays, and three rubber grommets for wire management. I would have liked extra thumbscrews, as well as rubber feet (the feet that come installed are plastic). Oddly the magnetic dust filter that fits on the side panel of the Challenger is included as well. We will explore later why Cougar opted for this method instead of fusing into, or pre-installing the filter on the panel beforehand.

Let me just start by saying that I have never had a product bombard me on such a level as the Challenger. It is only when you actually look at the physical case that you realize how much it pops-out. It looks like something out of a child’s dream, but there is an air of rugged elegance to it.

Of course, with a company like Cougar, nothing makes more sense than following a black and orange colour scheme. I have to say that the menacing splashes of dull-red meld really well with the overall palette. It certainly is a gamer-targeted chassis if I have ever seen one, and definitely made for LAN parties. One of the key omissions are handles for carrying in such an environment, however the case is exceptionally light and is easy to lift and move around.