Thinking as a storage and photography nut might, I have to wonder why Western Digital did things the way they did…  Don’t get me wrong here; having an external ‘One Touch’ SD backup card option with a spare battery included to recharge my phone is great but… I have to wonder why we never went to an NVMe SSD for faster file transfer, coupled with a Thunderbolt 3 port to move things along to our main system from there. After all, Western Digital had originally included Thunderbolt into the My Passport Pro. We can’t fault WD in any way for this as it is the camera manufacturers who are holding things up. We should have surpassed the slower data transfer speeds in flash and SD cards some time ago, especially since there are SD cards that will transfer data up to 280MB/s. 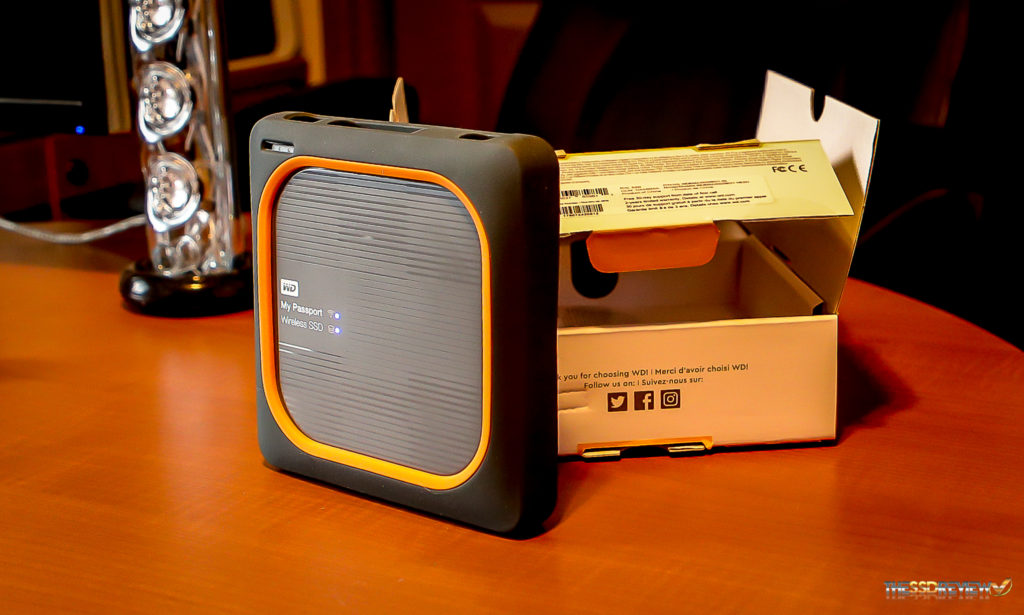 Having said that, we can’t help but thinking just how much good there really is in the Western Digital My Passport Wireless SSD.  It has improved upon the last generation by speeding up media transfer considerably and can do so much more.  As much as we wanted to be able to connect our Canon 5D Mark IV (which is still being tried) for immediate backup of media at events, one cannot argue with instant, or ‘One Touch’ backup as so as the SD card is inserted.  From there, we have over 300MB/s read and write connected performance to our main system via USB 3.0. 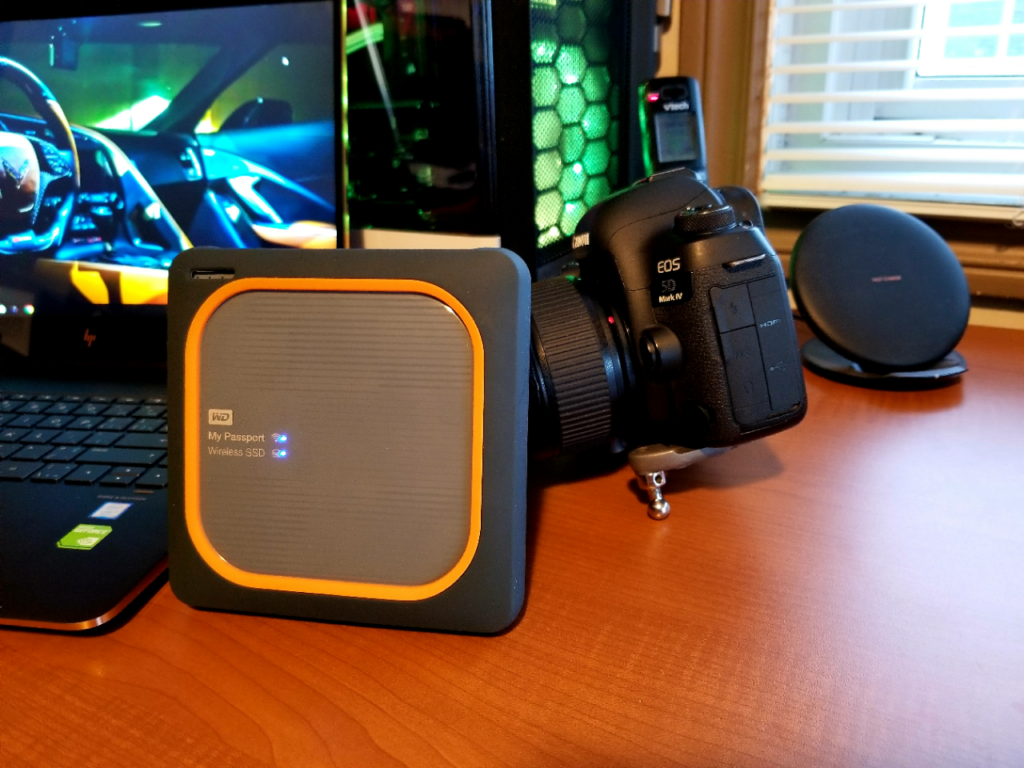 I guess the only question that remains would be whether I would find use and include this in my photo activities.  Would it become an integral part of my photo shoots?  In a word…. yes. I am one of the countless photographers that backs up my media to my laptop as a first line of defense, which sometimes can be days after the fact.  The My Passport Wireless SSD will guarantee I do it much sooner.  I can’t say right now how much viewing and streaming I would be doing from the device, as I connect directly from camera to phone and iPad wirelessly for such right now, but this would definitely save me battery charge on the DSLR….so that’s a thought..  In any case… great product…and a great capacity!

Check out the My Passport Wireless SSD at Amazon.

Check out the My Passport Wireless SSD at Western Digital. 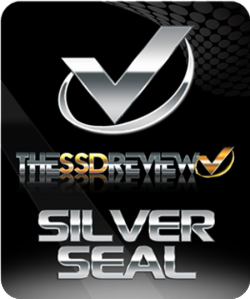 The WD My Passport Wireless SSD builds on the last generation product by improving transfer speeds by several times through use of an SSD. As well, this product functions as a mobile device charger which is a definite benefit to the overall features of the device. It comes with a 2-year warranty.