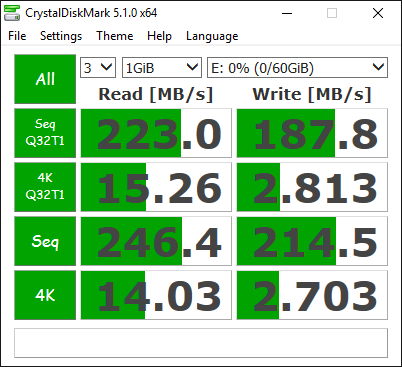 When we switch to crystal disk mark that uses random data, which is more consistent with the type of data that would be recorded to the Lexar microSDXC card, results are much closer to the listed specifications and prove quite impressive. 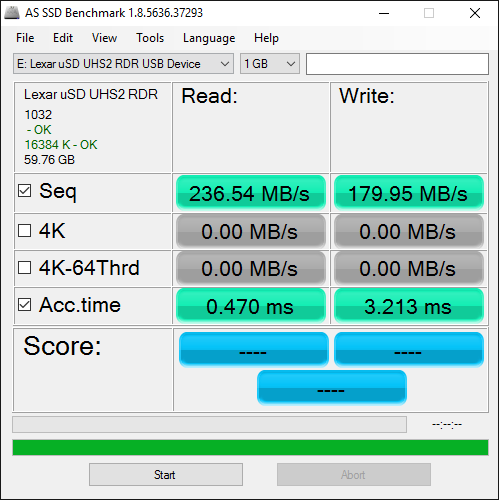 AS SSD shows us results that are very similar to that of ATTO, with results falling well short of the listed specifications. 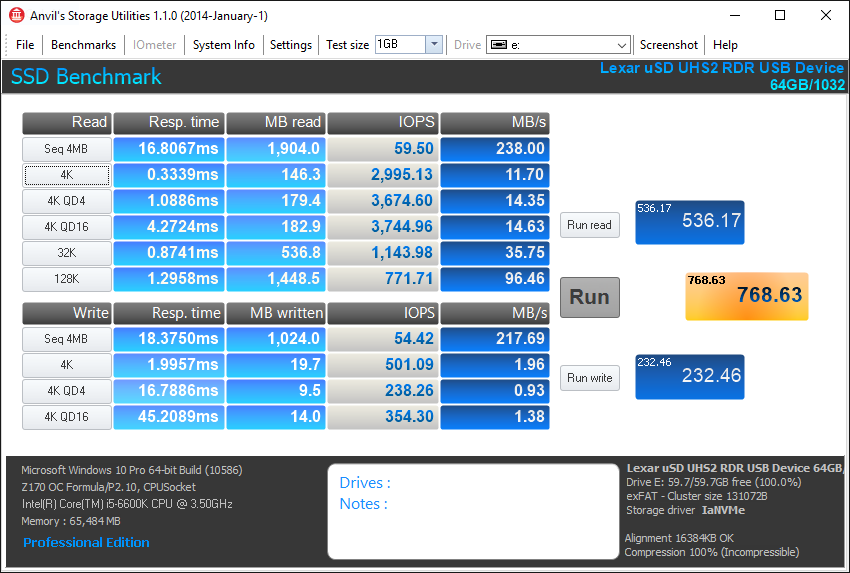 When we take another look using Anvil Storage Utilities, the microSDXC card returns with results that are consistent with the random data test in crystal disk mark.