It seems like it was just yesterday that I was holding the Crucial M4 in my hands and I was ready to upgrade my first gen i7 system with my first SSD ever, let alone with the first SATA 6Gb/s SSD ever. While my X58 motherboard had the latest SATA 6GB/s ports provided by Marvell chipset, those in the know always opted for the Intel SATA 3GB/s ports for the reliability. USB3.0 was just emerging in the market and M.2 NVMe devices were just a dream by those laying the groundwork for them.

Since then, the computer market has evolved quite a bit. SATA 6Gb/s is now standard, M.2 NVMe devices are nearly everywhere and more are yet to come, and USB 3.1 now has a Type-C connector that allows you to plug in a corresponding device on the first try! No more flipping the cable upside down three times to get it in once! My how things have changed. 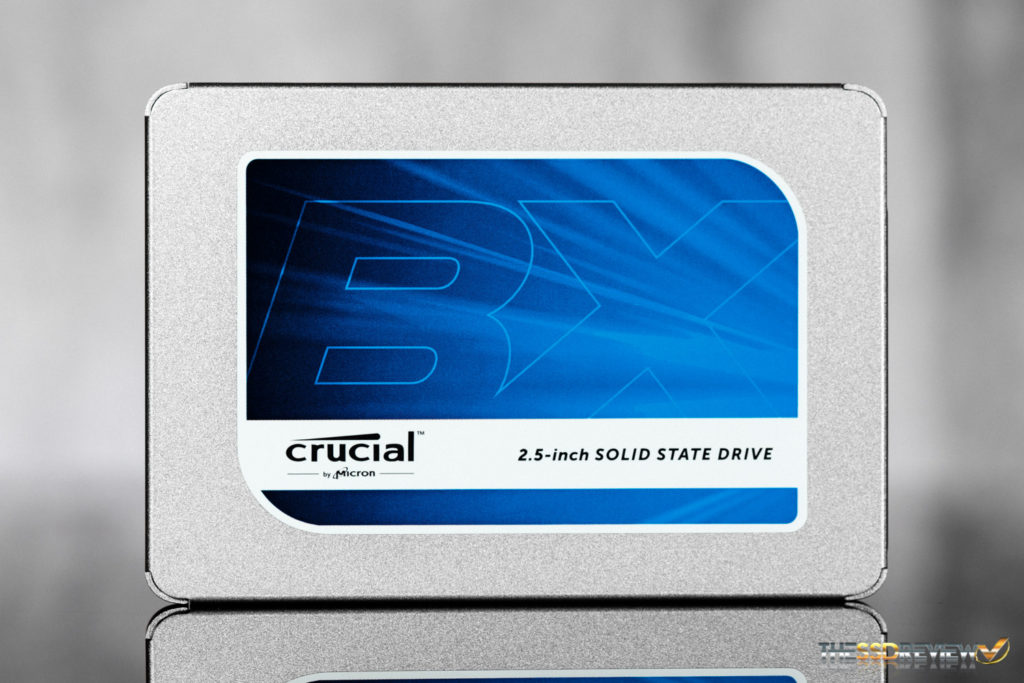 The times are moving and boy are they moving fast, and Crucial is making times faster with their latest SSD, the BX300. Back when I bought my Crucial M4 it was the best value at the time. Today, Crucial SSDs are still some of the best value drives on the market. The BX100 was Crucial’s first product series denoting an entry-level product that was aimed to replace HDDs. They stripped away the enterprise features of the MX100, utilized a cheaper controller from Silicon Motion, but kept their quality NAND in this new series. With such low prices, great performance, and Crucial’s focus on quality and reliability, it was a big win for both the end user and Crucial. Keeping the same recipe as the original BX100, Crucial now infusing their BX Series with a newer controller featuring SLC caching and their latest 3D MLC NAND. The all-new, third generation, BX300 looks like it just could be the next value king, but with such fast change in the PC world as we know it today, will their tried and true recipe continue to deliver the goods? Read on to find out.

The BX300 features an SLC write cache to accelerate burst writes. The 120GB model uses a static 4GB of NAND while the 240GB model uses 8GB and the 480GB model uses 16GB of NAND for this write cache. Outside of the cache write performance may degrade depending on the size of the transfer. It also features thermal monitoring, TRIM support, active garbage collection, SMART, DevSleep, ECC and a multistep data integrity algorithm to ensure your data is safe.

Crucial offers an SSD suite named Crucial Storage Executive. With it, you can monitor your drive, update the firmware, sanitize the drive, enable their momentum cache and utilize FlexCap and over-provisioning to further improve performance. You can even enable momentum cache for any NVMe SSD if you got one!

The packaging hasn’t changed at all since the BX200. The overall theme of white and blue is prevalent. On the front are a preview of the product as well as the important specs such as capacity and form factor. On the backside, it tells you exactly what you’re going to get:  a BX300, 7mm to 9.5mm spacer, data migration software provided by Acronis True Image HD, and an installation guide.

Again, just as the packaging, the BX300’s exterior is unchanged from its older brothers. On the front is the BX labeling and on the back-side are the certifications, part numbers, and a statement that it was assembled in Mexico.

Inside we find a half height PCB with 8 NAND modules, a single DRAM module, and a single controller. Each NAND module is packed with Micron’s latest 256Gbit 32-layer 3D MLC. Once formatted in Windows, our 480GB model has about 447GB usable space. The DRAM is by Micron and is 512MB in capacity. The 120GB and 240GB models, however, feature 256MB DRAM packages. The controller is one of silicon motion’s latest and a popular choice for pairing with 3D NAND, the SM2258. It is a four-channel controller with a robust feature set.

Overall, it seems that the Crucial BX300 is essentially the same drive as the ADATA Ultimate SU900 we recently reviewed in September. Continue on as it will be an interesting read to see the differences in performance between a product of the fab and that of the ADATA SU900 as we move on to benchmarking. Will the BX300’s firmware prove triumphant?