The total Score of 5053 is decent for any two lane SSD along with the average bandwidth of 461MB/s as shown in the following chart: 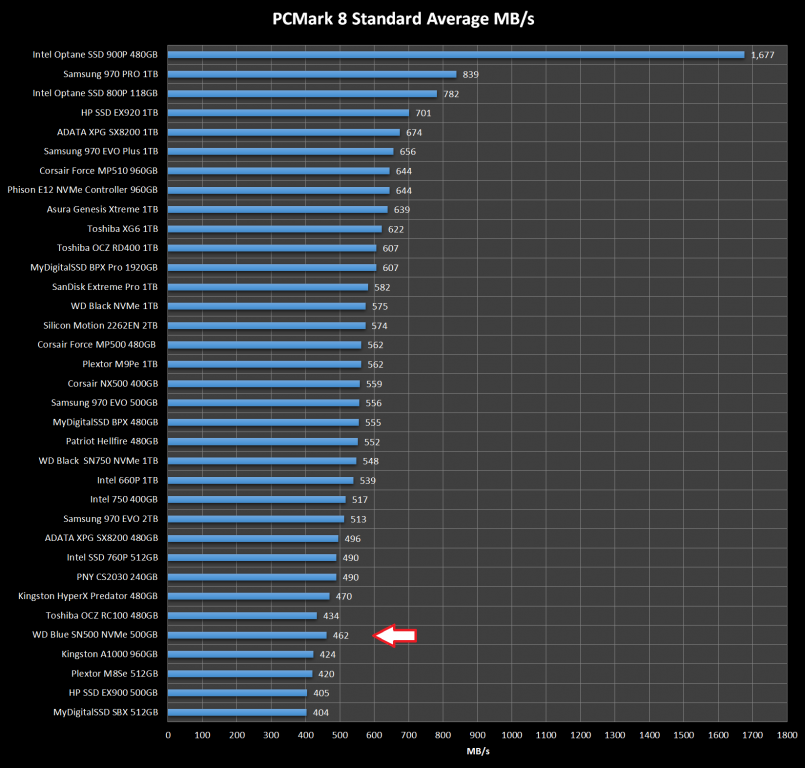 We actually considered not including the chart but something that most wouldn’t have expected is that this PCIe 3.0 x2 (two lane) SSD betters other PCIe X4 (four lane) SSDs which should never occur. 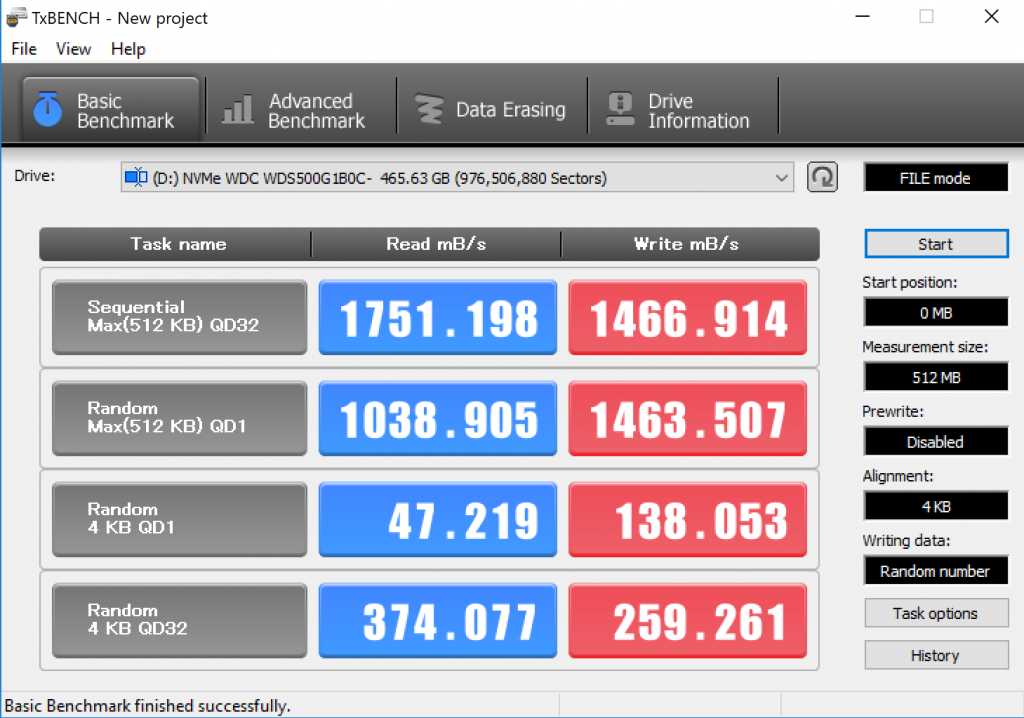 There really isn’t much we can say with respect to PCMark Vantage except of course that the difference between a two lane SSD and four lane SSDs is evident. 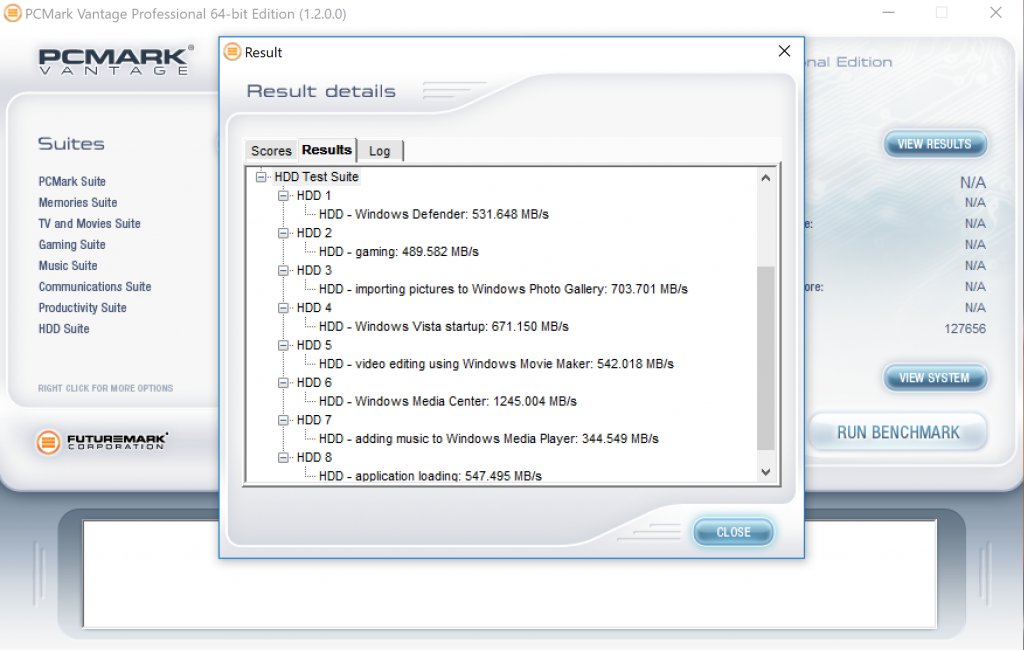