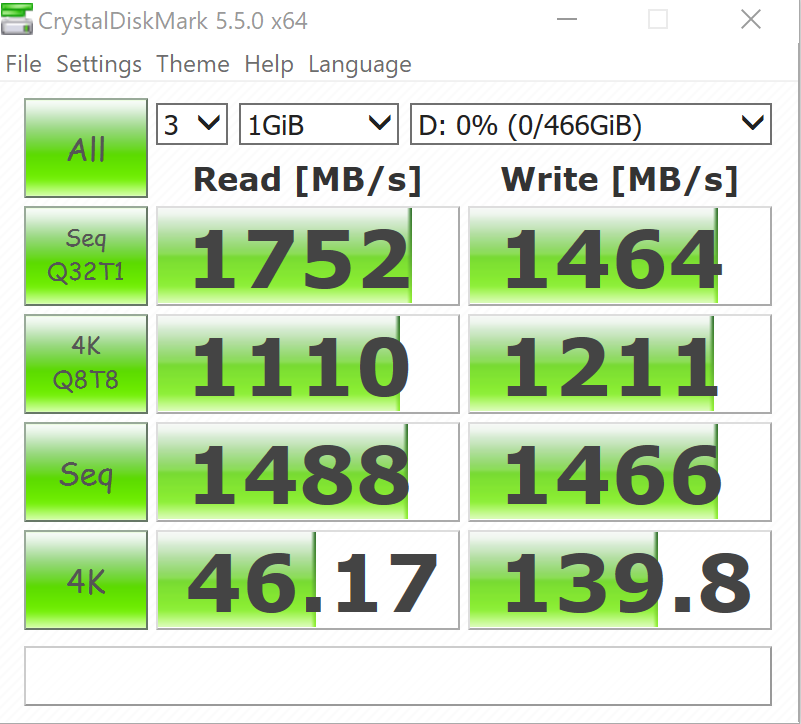 Crystal DiskMark expands on things just a bit and these results are great for any PCIe 3.0 two lane SSD. 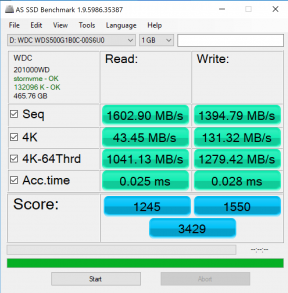 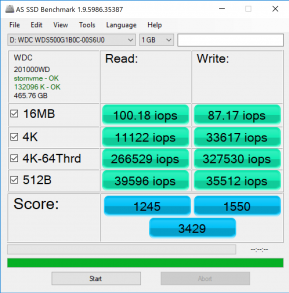 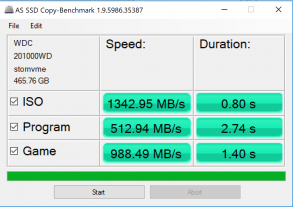 AS SSD results are just a bit lower as is the normal result, and this software also gives us our first look at IOPS.  Listed specs are 275K read and 300K write, whereas we achieved 266K read and 327K write at low 4K random disk access. 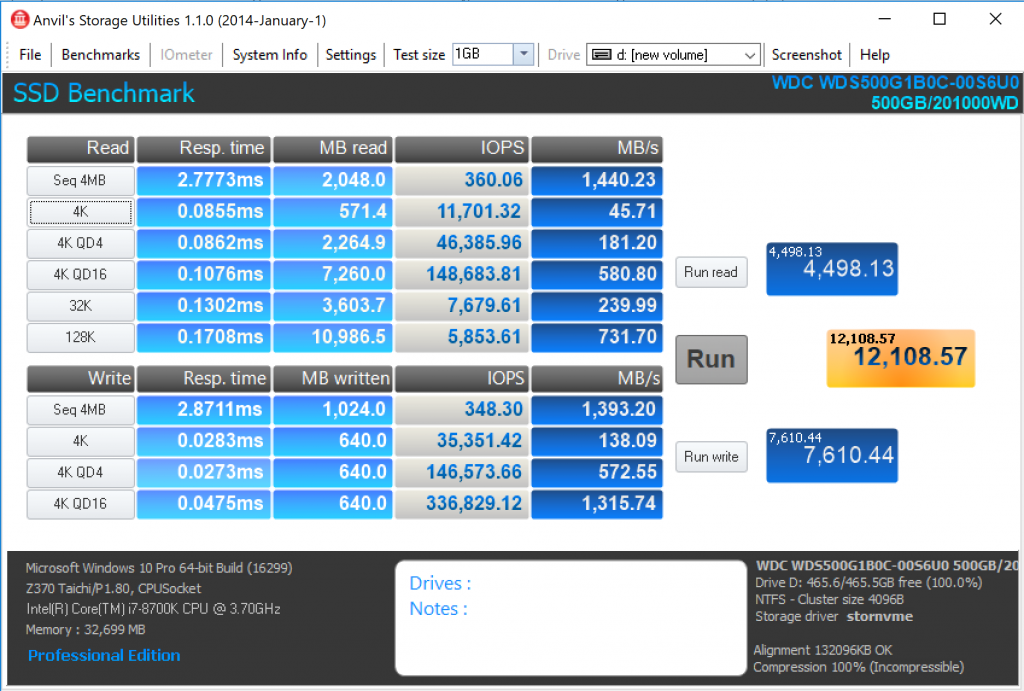 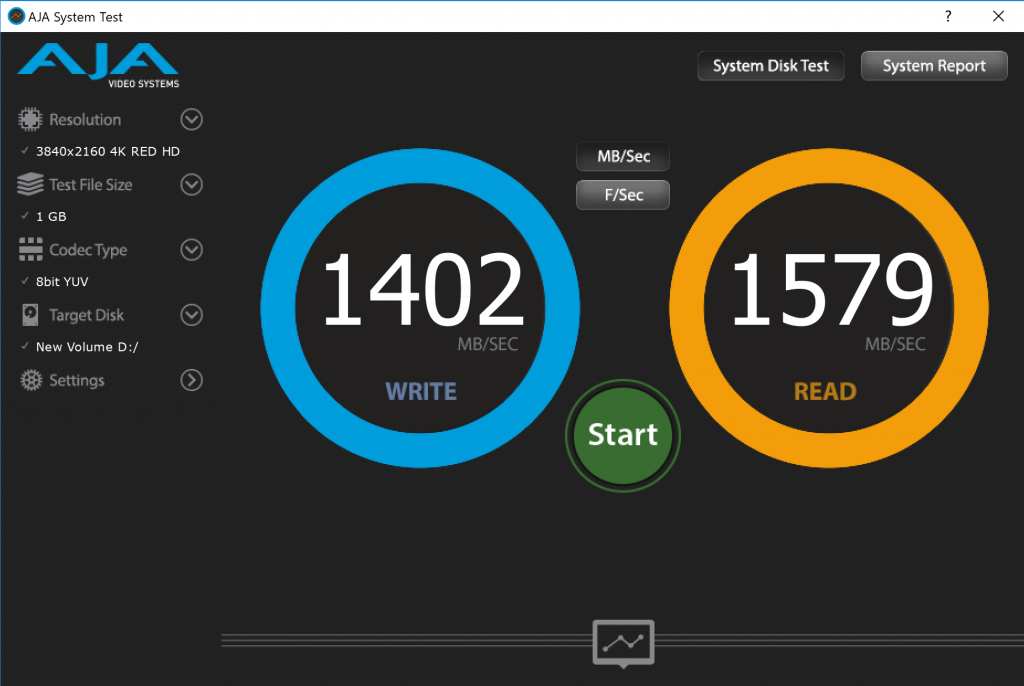