This morning finds us at the opening of Storage Visions 2014.  Our first visit of the day is with the fine folks at Samsung, where they are featuring their 840 Evo series of SSDs, which we previously reviewed here, and the mSATA version here, and their latest self-encrypting SSD technology.  It is almost weekly that we hear of another major data breach involving a major company.  Working through the Trusted Computing Group (TCG), Samsung is a major player in the development of self-encrypting drive (SED) technology. 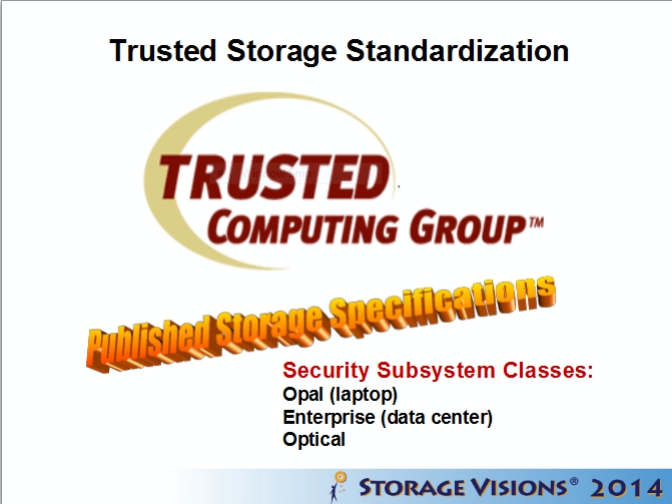 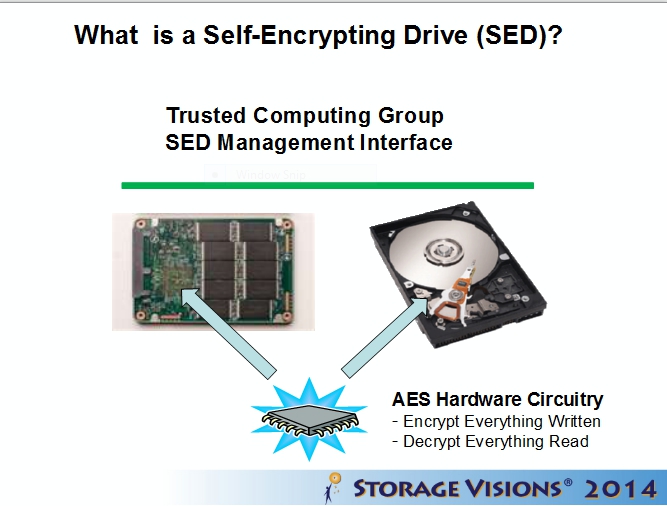 A self-encrypting drive (SED) is designed to encrypt everything written, and to decrypt everything read.  Reasons for encryption are varied, not the least of which is the theft of, or unauthorized access to data.  Nearly all fifty states in the U.S. have data privacy laws in place, and there is new U.S. Federal and EU data breach legislation currently being promoted.  Compliance with such laws becomes increasingly important.  When it comes to obsolete, failed, stolen and/or misplaced drives, nearly all of them have data that is still readable or recoverable. 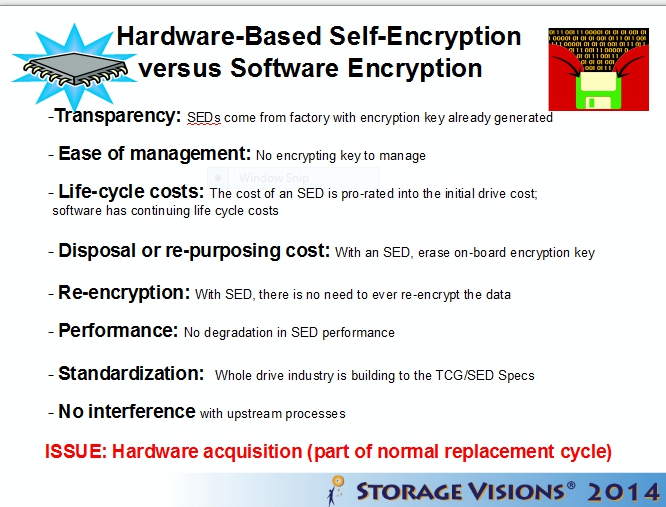 Hardware-based self-encryption is vastly superior to software encryption.  SEDs come from the manufacturer with an encryption key already generated, so there is no separate encryption key to manage.  The cost of an SED is factored into the initial drive cost, a one-time expense, as opposed to software that has continuing life cycle costs. 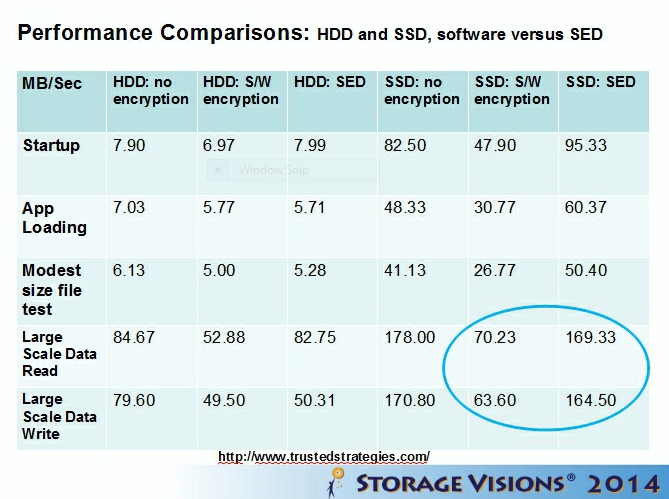 There is never a need to re-encrypt an SED; nor is there any performance degradation such as can be experienced utilizing software-based encryption.  The entire drive industry is getting behind the TCG/SED specifications. 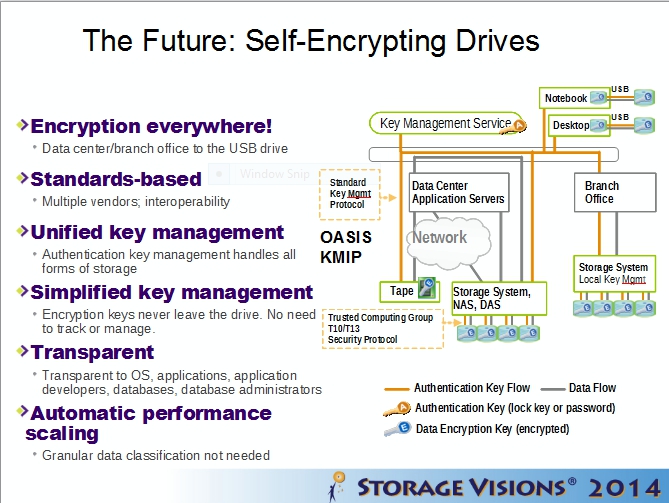 As Samsung is so aptly demonstrating, the future is self-encrypting drives.  When we combine a solid-state drive (SSD) with SED, we have a simple, robust, cost-effective storage solution that is both scalable and vastly superior in the level and reliability of security achieved, along with simplified management and lower total cost of ownership (TCO).

We would like to give an SSD Review hat-tip to Samsung for providing the above SED slides.  Stay tuned for further developments and news from Storage Visions 2014.