Samsung Electronics Co., Ltd., world-leading producer of advanced memory devices, is announcing that it has begun mass production of the industry’s first NVMe PCIe solid-state drive (SSD) in a single ball grid array (BGA) package, to be used in next-generation PCs and ultra-slim notebook PCs.  The new BGA NVMe SSD is dubbed PM971-NVMe and features an extremely compact package that houses all of the essential components of an SSD, including the NAND flash memory, DRAM and the controller, while delivering excellent performance. 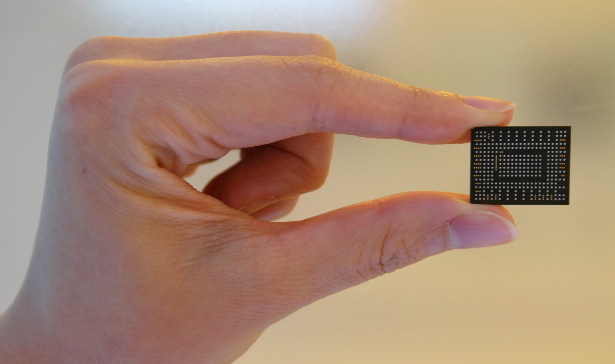 How did Samsung create the PM971-NVMe SSD in a single BGA package? This was accomplished by combining 16 of Samsung’s 48-layer 256Gb V-NAND flash chips, one 20nm 4Gb LPDDR4 mobile DRAM chip and a high-performance Samsung NAND controller.  This new SSD measures a mere 20mm x 16mm x 1.5mm, and weighs only about 1 gram (for comparison a U.S. dime weighs 2.3 grams).  This size represents about 1/100th of the space requirements for a standard 2.5” SSD or HDD. The surface area is about 1/5th that of an M.2 SSD, allowing for much more design flexibility for manufacturers of computing devices. 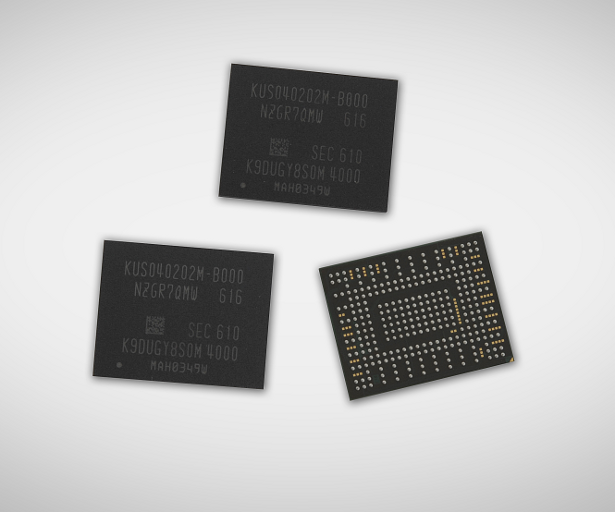 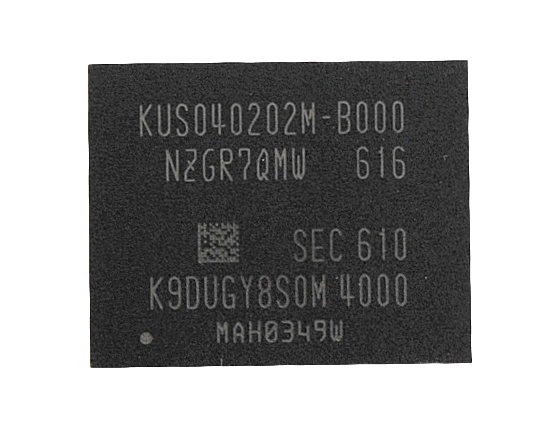 Samsung’s new PM971-NVMe SSD provides a level of performance that easily surpasses the speed limitations of the SATA 6Gb/s interface.  It features sequential read speeds of up to 1500MB/s, and sequential write speeds of up to 900MB/s (when TurboWrite technology is utilized).  This level of performance equates to transferring a 5GB-equivalent, Full-HD movie in about 3 seconds, or downloading it in about 6 seconds.  Random read speeds are stated as up to 190,000 IOPS, and random write speeds are stated as up to 150,000 IOPS, easily handling any high-speed operations.  To compare this to an HDD, which can only attain about 120 IOPS in random reads, the new Samsung PM971-NVMe SSD is more than 1500 times faster.

The PM971-NVMe SSD series will be offered in capacities of 128GB, 256GB and 512GB.  Samsung will be providing the new SSDs to customers on a worldwide scope beginning this month.  You can view the Samsung press release announcing the new PM971-NVMe SSD in its entirety here.