The Nytro WarpDrive is the tip of the spear, utilized primarily as the upper tier of storage. This PCIe flash adapter provides drop-in high performance, accelerating transactional application performance and response time. Coming in MLC and SLC flavors with capacities ranging from 200 GB to a massive 3.2 Terabytes, these can provide the performance of hundreds of HDDs at a fraction of the power, space and cooling requirements.

One of the differentiators of the Nytro WarpDrive product amongst its competitors is that all processing and overhead for NAND management is handled by the PCIe card itself. The number one priority for LSI during their design phase is to ensure that there is no disruption of the server environment, and an offloaded approach is the best means of attaining that goal.

The middle tier consists of utilizing the Nytro WarpDrive as a caching appliance for the host system. The placement of the device on the PCIe lanes affords ultra-low latency transfer of any hot data that is stored on the device. 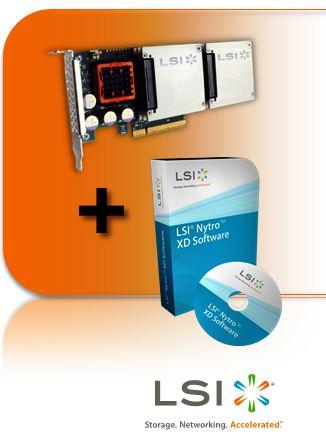 When creating acceleration cache the key is to decide which data to store on the flash device. Intelligent caching without any user interaction and very minimal host system overhead are requirements that LSI delivers upon with the Nytro XD Application Acceleration software. This affords the ability to seamlessly cache effectively in SAN and DAS environments for up to 30x performance improvements over HDD only systems.

This ‘hybrid’ Nytro MegaRAID controller provides simple and cost-effective acceleration of DAS storage with zero administration time. This controller comes preconfigured and is basically plug-and-play. This type of ease-of-use and the lower price structure of these devices will allow for wide-scale adoption of flash acceleration into the lower tier of enterprise applications. 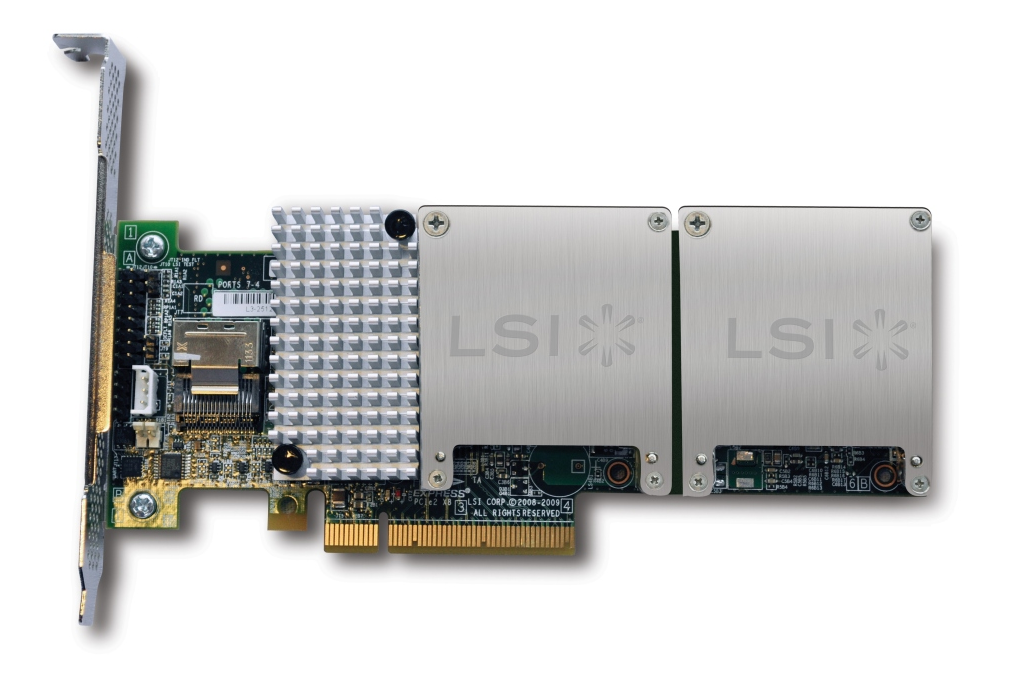 All of the necessary caching algorithms are handled by the controller itself, and the NAND is incorporated into the controller for a minimum of user configuration. Nytro MegaRAID cards seamlessly move data between integrated flash storage and hard drives to deliver a blend of high performance and high capacity storage without requiring expensive software tuning or rewrites.

One of LSIs goals is to leverage their unique ability to be a market driver of flash adoption into the enterprise space. With the solid reputation of LSI and the advances that they have made in the flash realm this is a natural progression for their company. With the integration of SandForce into the LSI family, this gives them unique hardware level control of the processors that manage the onboard NAND in these devices.

LSI is certainly positioning themselves for success by launching an entire portfolio of devices to suit every usage. It is perhaps said best by Gary Smeardon, the Senior Vice President and General Manager of the Accelerated Solutions Division of LSI;

The integration of flash technology in enterprise system architectures is one of the most significant changes in recent computing history, and one that provides the opportunity to close the gap between compute and storage performance. From cloud providers in mega datacenters to traditional enterprise and small-to-medium businesses, the Nytro portfolio brings the value of flash to the masses by offering customers the flexibility to choose the right solution to meet their specific application and budget requirements.

With general availability in Q2, and OEMs already sampling, the launch isn’t far away. The Nytro WarpDrive will start at $6,600, the Nytro XD at $9,400, and the Nytro MegaRAID controllers at $1,699.

We will have hardware to test soon, so look to these pages soon for some exciting reviews and in-depth performance analysis!