Housing eight mSATA SSDs, the Multicore answers the obvious question we have had of similar mSATA x 4 PCIe SSDs and this SSD can be configured with 64 to 2TB of available storage.

The Multicore is still technically a prototype and performance specifications as well as pricing could not be mentioned at this time.

Nevertheless, we have to admit this ‘LSI SandForce Driven’ SSD is a good looking product as it contains 8 x SF-1200 mSATA contained processors in a RAID 0 configuration. 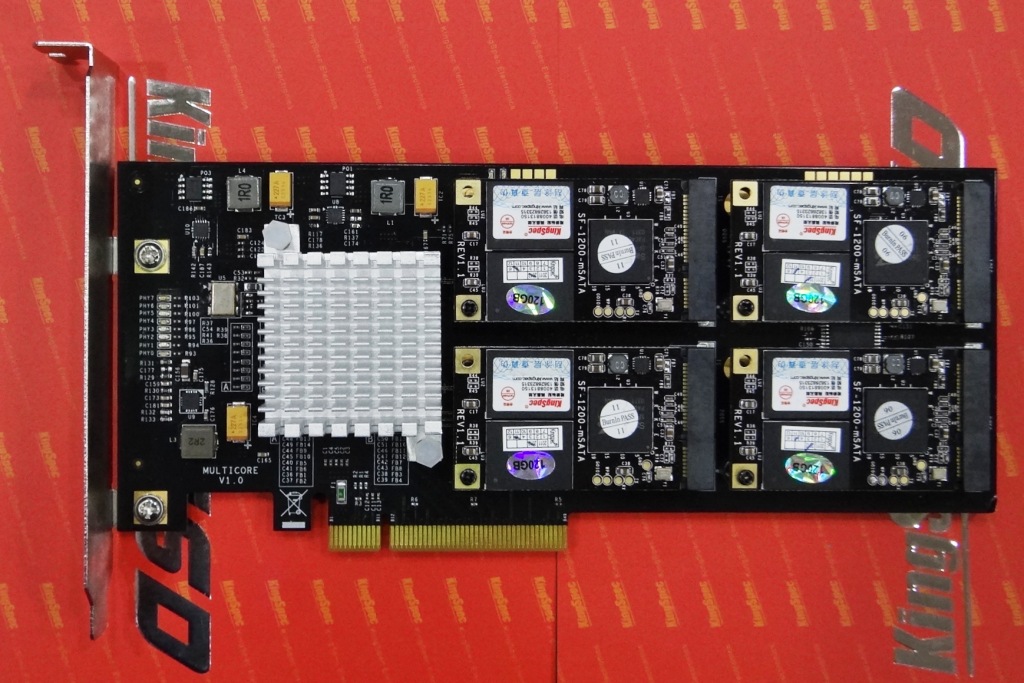 Along with the Multicore PCIe SSD, Kingspec will also be introducing the new Challenger Series SATA 3 SSD in both 7mm and 9mm form factors.  The Challenger is available in capacities of 120, 240 and 480GB and it’s heart is the LSI SandForce SF-2281 processor. It’s specifications are listed at 500MB/s read and 450MB/s write which lead us to believe that eiher the specs are a bit off or the controller just may be Marvell.

With the 120GB expected to retail around $100 and the 240GB at $230, it’s a shame these SSDs aren’t available in North America. Stay tuned as KingSpec was pretty anxious to get samples sent off for review!