Apricorn, a leading producer of secure mobile storage devices, is announcing its entry into the ever-growing ruggedized storage device market with its new super-rugged and encrypted USB 3.0 solid-state drive.  The Aegis Padlock SSD is constructed to military-grade durability standards and FIPS 140-2 validated security protocols, and is geared to the rigorous and stringent needs of Military, Law Enforcement and Government. 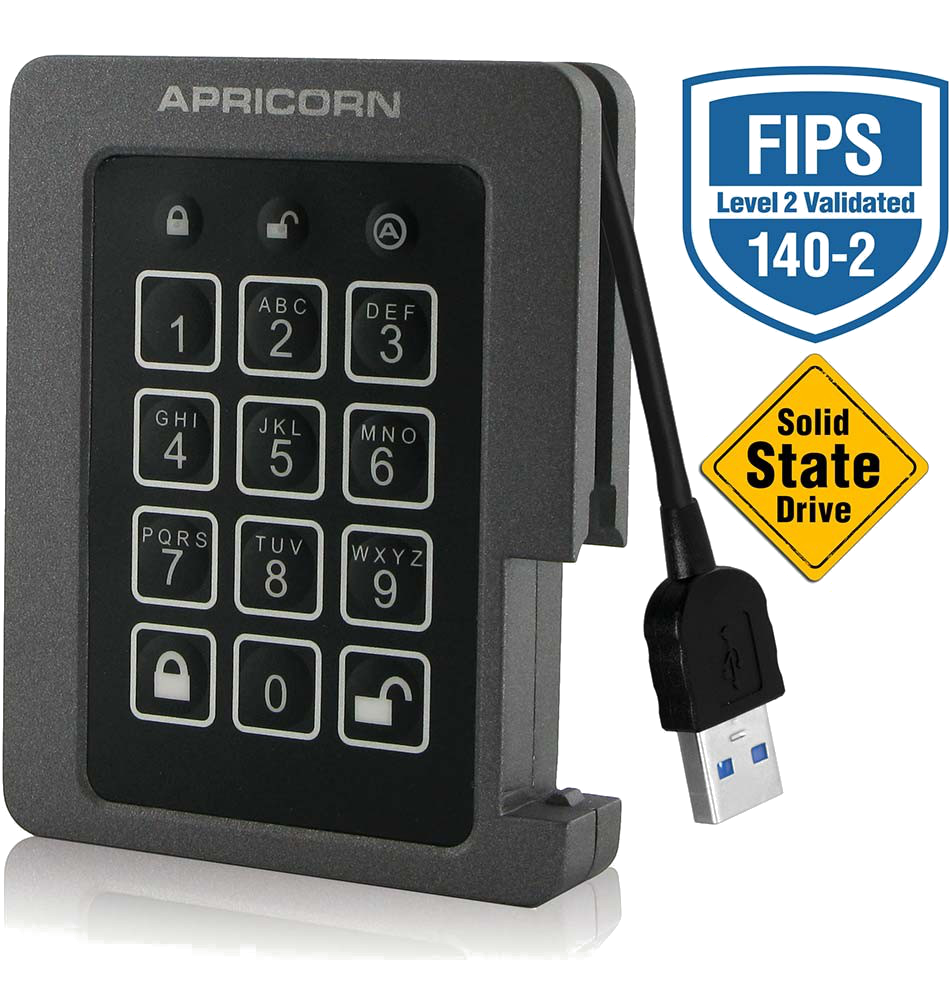 The Aegis Padlock SSD is housed in a crush-resistant aluminum enclosure that can withstand forces of up to 6500 pounds, and is impervious to grit, dust and water intrusion.  The USB 3.0 Aegis Padlock SSD has no moving parts, is vibration and drop resistant, and  is unaffected by extreme temperatures and high humidity.  This solid-state drive is as tough as they come. 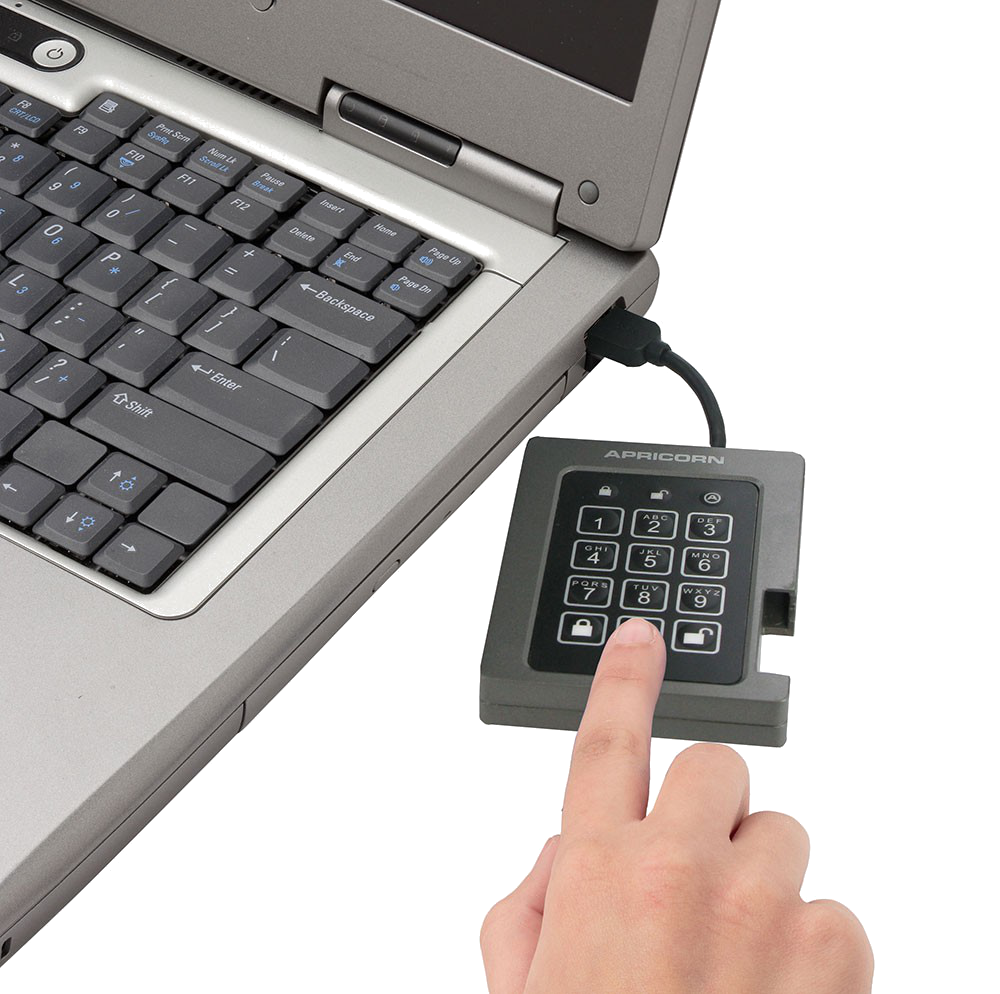 All data on the Aegis Padlock SSD is protected via real-time AES-XTS 256-bit encryption, and access to the drive is protected by requiring the user’s use of a PIN on the included keypad.  The drive is invincible from key logging attacks.  The Aegis Padlock SSD is validated to NIST FIPS 140-2 Level 2 standards, which is the cryptography level required by the U.S. Federal Government for protection of its sensitive data.  The Padlock SSD has endured no less than 11 cryptographic levels of rigorous testing, including physical security, design integrity and cryptographic key management. 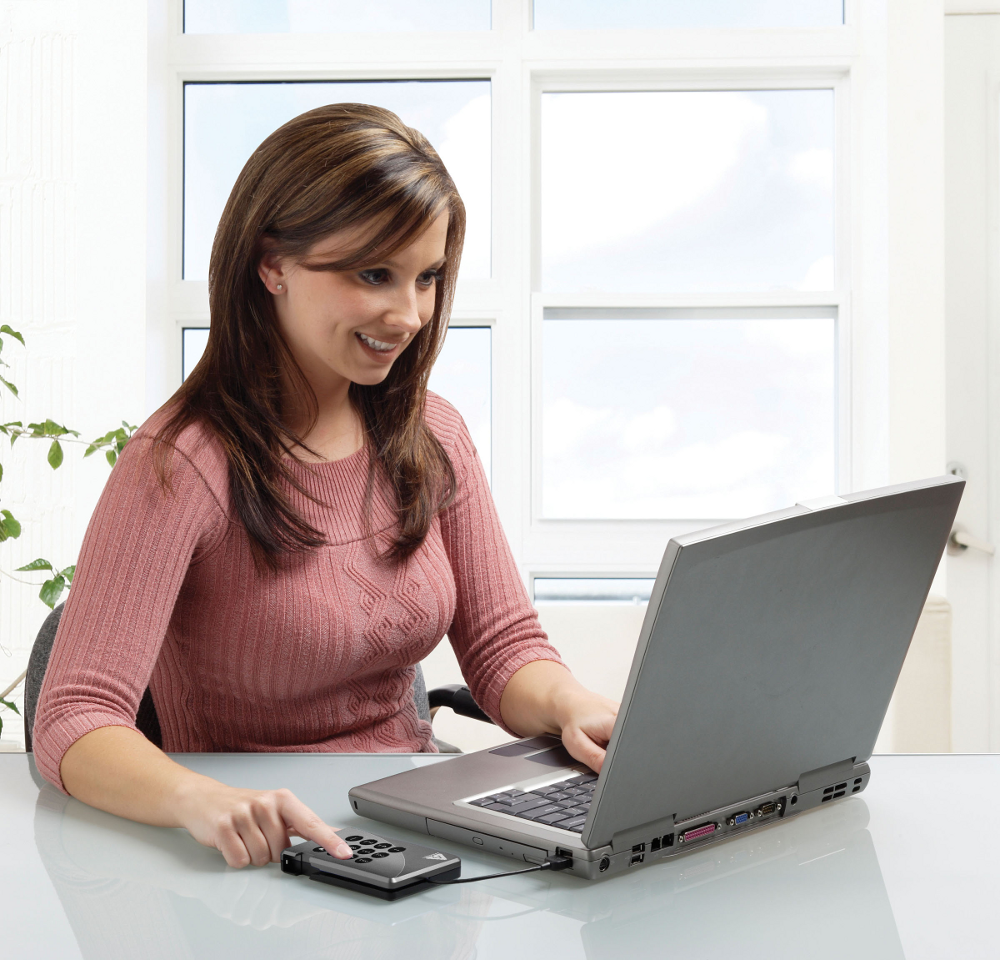 According to Mike McCandless, VP of Sales and Marketing  for Apricorn, “For those deployed in harsh environments, computing solutions must be built to the highest level of durability and reliability.  Sensitive data may be used for mission-critical applications, and failure in the field is just not an option.  With this in mind, we tasked our engineers to come up with a super rugged drive that could really take a beating; one that not only protects data against a myriad of security threats, but physical threats as well.” 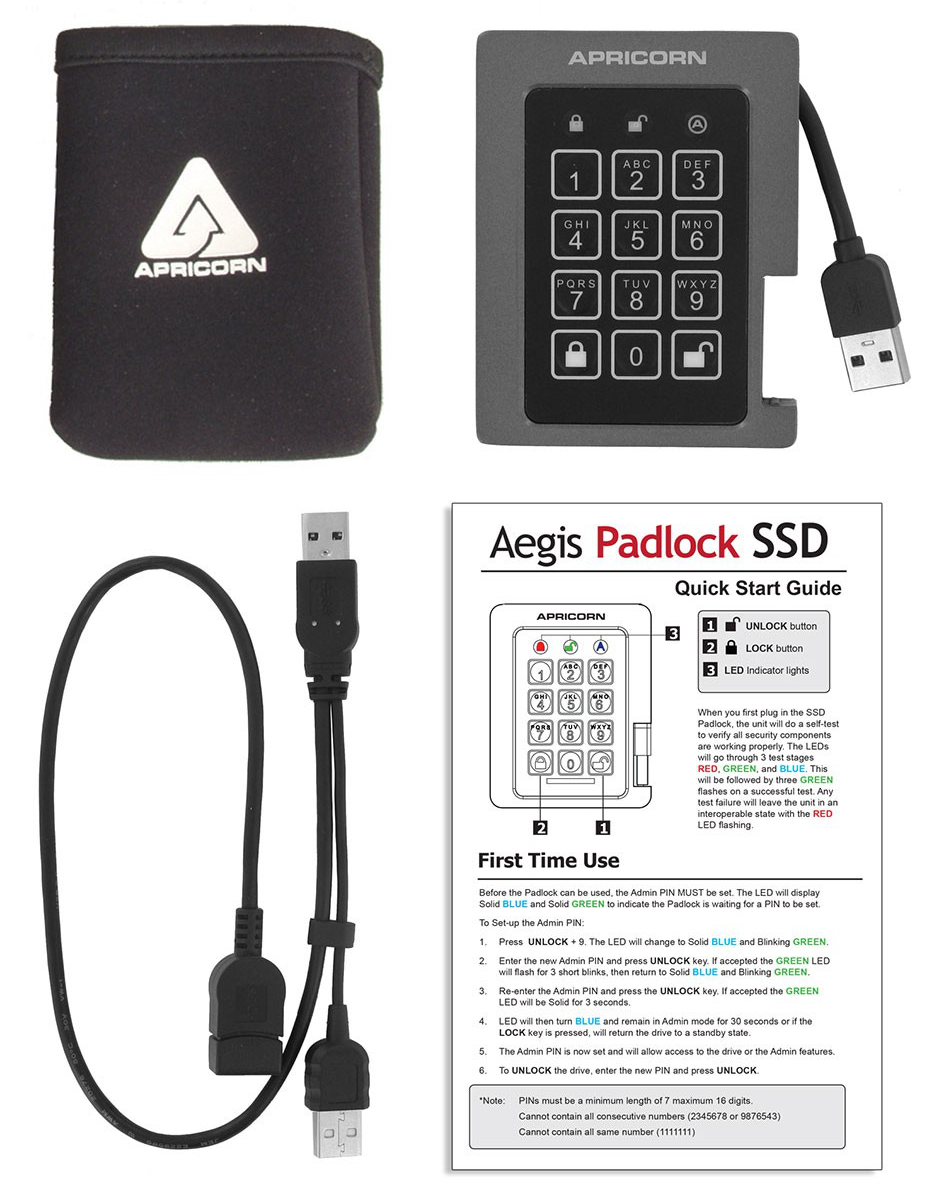 The Aegis Padlock SSD requires no software for setup or operation, meaning no updates or admin rights are required in order to use it.  This makes it very easy to implement in corporate applications.  The Aegis Padlock SSD also features additional security features, including Timed Auto-lock and Brute Force Self Destruct, which uses a crypto erase function to destroy the encryption key when the PIN is entered incorrectly 20 consecutive times.  It can also be keyed with separate admin and user PINs. 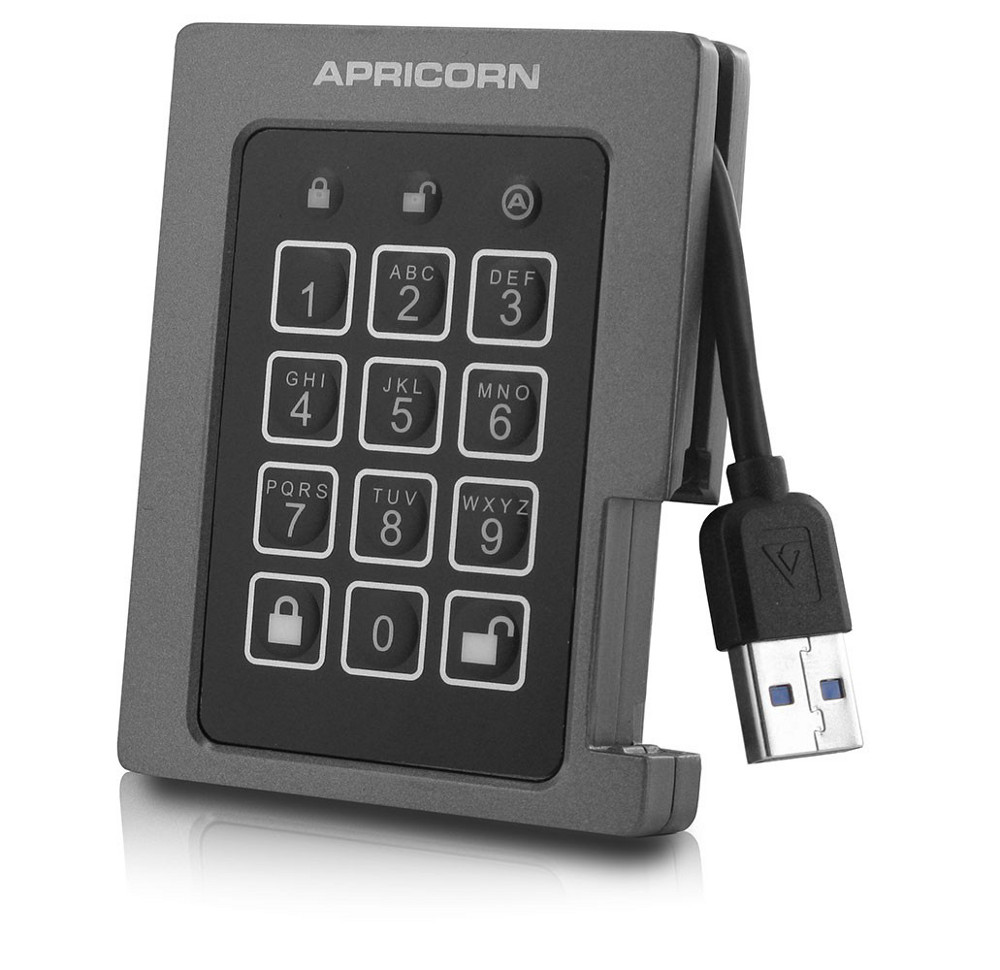 The Apricorn Aegis Padlock SSD is available in 120GB capacity at an MSRP of $429.00, 240GB at $629.00 and 480GB at $999.00, and all come with a three-year warranty.  Transfer speeds using a USB 3.0 connection and SSD as a source drive are stated as 200 MB/s.  Transfer speeds from an HDD as a source drive will be limited to the maximum transfer speed of the HDD.  The Aegis Padlock SSD is compatible with most operating systems, including Windows, Mac, Linux, Android and more.