Kingston reached for both ends of the spectrum in the SSD arena this year at CES, displaying a value-minded NVMe SSD to lure many away from SATA, as well as a media powerhouse enterprise SSD, aimed right at the media world.  First off, let’s take a look at the Kingston A1000… 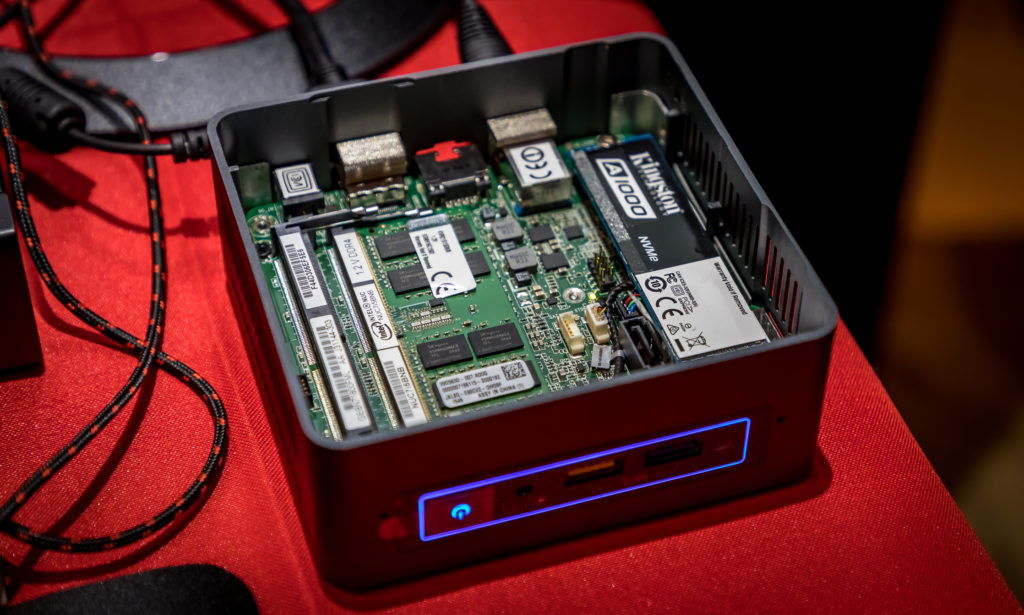 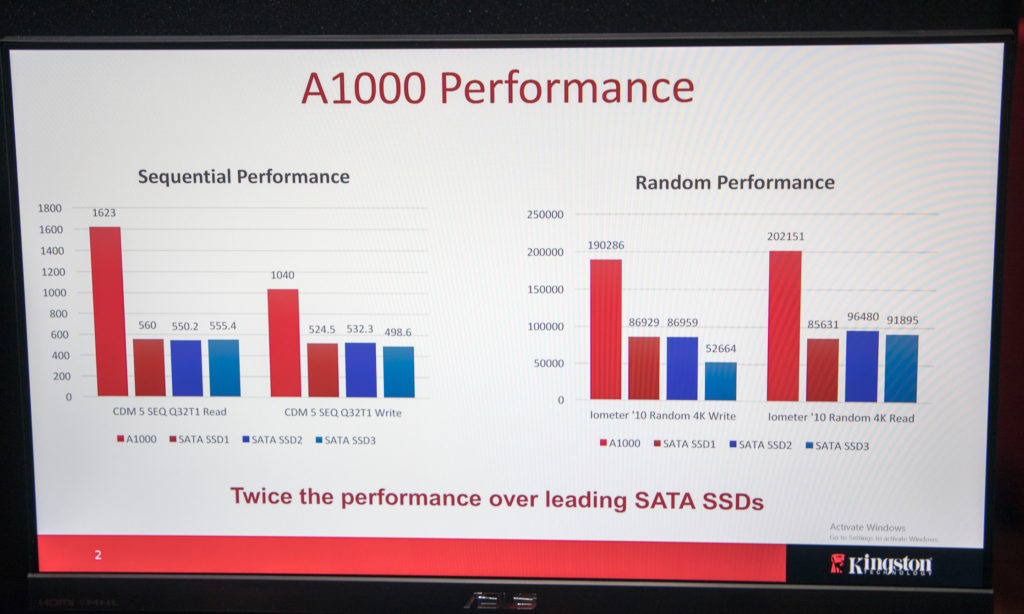 With performance of 1623MB/s read and 1040MB/s write, Kingston is confident the A1000 will be a success as they can price it right beside most of today’s popular SATA 3 SSDs.  The A1000 uses the latest 3D TLC NAND flash memory and there has yet to be a price or release date set as of yet, but Kingston was sure to point out that it will be priced the same as its SATA counterpart. 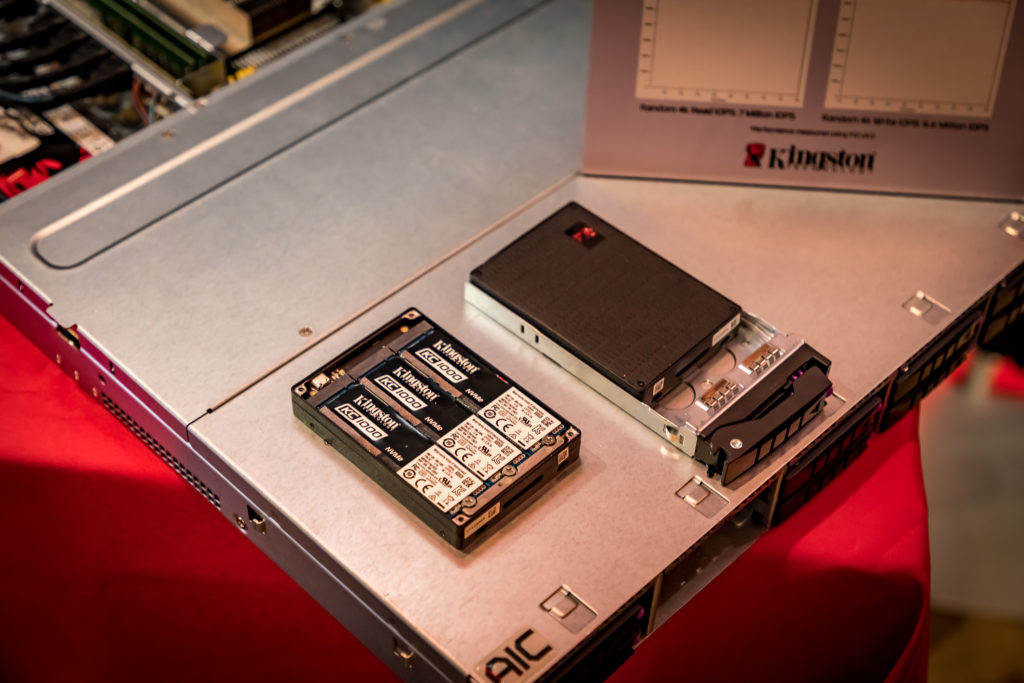 Next up is the Kingston DCU1000, the little brother of the DCP1000 we reported on extensively not so long ago (enterprise, enthusiast, RAID reports).  With four KC1000 enterprise SSDs setup in RAID within each DCU1000, filling a 10 bay 1u rack enables up to 30GB/s read and 27GB/s write throughput with 7 million IOPS read and 6.6 million IOPS write….via 40 SSDs. 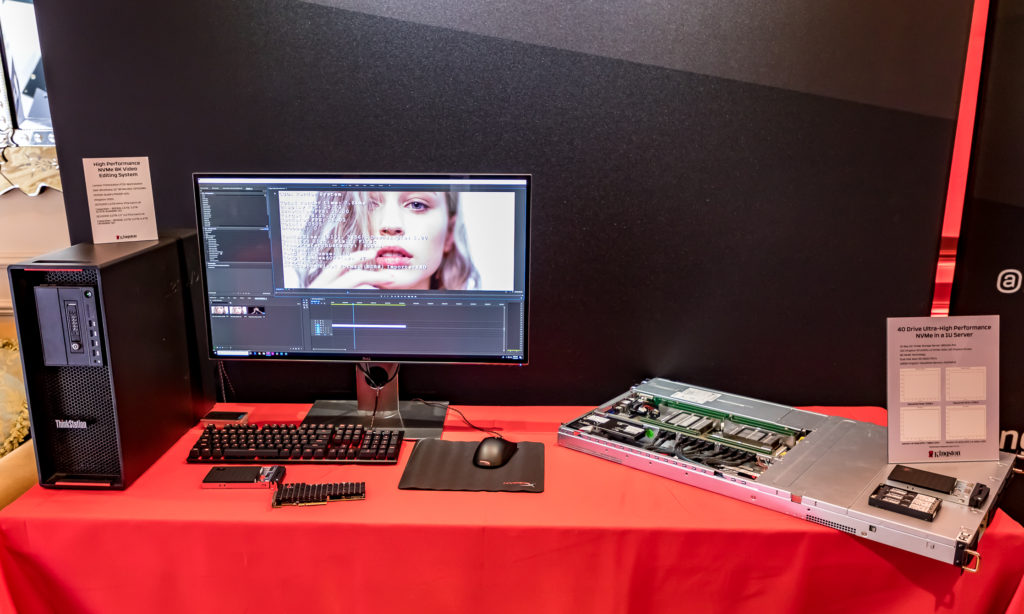 Kingston and Liqid demonstrated the capabilities of the DCU1000 in a media server where it was rendering an 8K media file. Aside from the massive performance jump adding significantly to work efficiency, the DCU1000 adds something that we never expected. 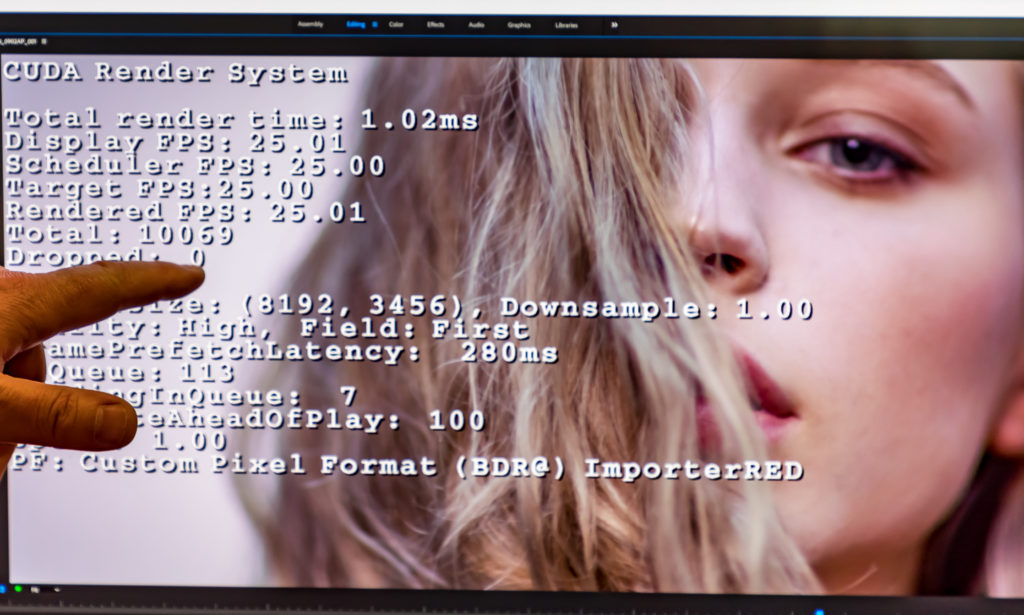 When media needs to be transferred from one location to another quickly, there is no longer the need to spend the time uploading and downloading as now the DCU1000 can simply be ejected from the front of the PC and quickly sent via courier.