A short time ago, The SSD Review published a review of the Samsung 256GB 470 Series SSD after discovering what an excellent entry this was into the consumer SSD market with availability in many online retail outlets.

We were initially a bit hesitant and confused because the SSD appeared to be one of the top drives available yet information and reviews were virtually non-existent. In fact, it had been released months prior without a whisper of attention.

What we have seen since is not only one of the top solid state drives being recognized as such, but a flurry of attention as well. From a site perspective, this is rather easy to recognize through traffic increase and external links but we really didn’t expect to be linked by hundreds of blogs and sites to include those at the level of Engadget itself. Given the attention the SSD has drawn, we thought it only fitting to dig a little deeper and see what we could uncover for those new to the Samsung SSD family.

ITS CHRISTMAS AFTER ALL 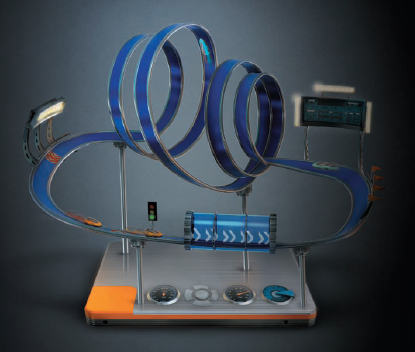 Are you stuck on ideas as to what to get for that techy significant other? Look no further because this drive can be found at just about any online retailer,whereas, last year those wanting Samsungs older models would have to resort to online auction sites for member auctions.

We were fortunate to get a quick peek at the ideas they had stirring about with respect to reaching techies of all ages with their 470 series SSD and this is what we found. Its a stolen prototype brought to our readers first!

GUESS WHAT ARRIVED IN THE MAIL?

The SSD Review is lucky to have a longstanding relationship with Samsung that dates back to the their first SSD release in 2007. This was only the second SSD to be released at the consumer level and only available through Dell PC purchases initially. We have since been fortunate to have had a few conversations with both enterprise and consumer divisions and, well, we just could resist bringing up our thoughts of testing the 470 Series drive in a RAID0 environment and they went for it!

Were we shocked when we got this in the mail? Trust me when I state that this is not, in any way, typical packaging of a review sample SSD. With the hand written invitation to review, Samsung 470 Series Reviewers Guide and the consumer version 256GB 470 Series SSD, Samsungs approach seemed very refreshing.

As luck would have it, our testing of the Samsung SSDs ran concurrent to an article we were writing entitled, Raid0 & The SSD – Simple to Build and Lightning Fast. This afforded a great opportunity to throw the Sammys in for a quick spin. Our testing typically uses benchmarking software to include Crystal Disk Mark, ATTO Disk Benchmark, well as PCMark Vantage HDD Suite. Lets take a look at some scores:

Even in RAID, the Samsung SSD performs like a workhorse. For 2xSATA II drives in RAID0, the high sequential write scores of 534MB/s read and 518MB/s (as shown in ATTO) are amazing as well as the all important 4k random scoring of 124MB/s. These 4k randoms translated into the 11 second start time as well as the PCMark Vantage test results that resulted in a very high HDD Suite score of just under 45000 points.

We knew that there was not much more we could say about the Samsung 470 Series SSD that haDn’t already been said elsewhere on the net since this SSD went viral. We wanted to bring you the Reviewers Guide and RAID0 results because we hadn’t seen them elsewhere and couldn’t resist throwing in the Christmas atmosphere with the Samsung SSD Racetrack picture.

We have worked every angle on getting even a whisper of upcoming SSD releases with no luck. With CES 2011 just around the corner, I honestly believe they may have something else up their sleeve and The SSD Review will be front and center getting the news back first. See you at CES Samsung!

Wanna be Amazed? Go to www.SamsungSSD.com and login with Facebook.