Right on the heals of their 7 Series RAIDCards capable of up to 16 and 24 port input, Adaptec plans on releasing the next in the 16 port family this March, the 71605H Host Bus Adapter.

Currently available in the eight port design, this new release will bump performance up to 1 million IOPS at 512K random, or 850,000 IOPS at 4 k random disk access.  The price range is expected to be in the $400 range and, for those needing on board encryption, the 71605He is also available using heir proprietary ‘maxCrypto’ encryption. 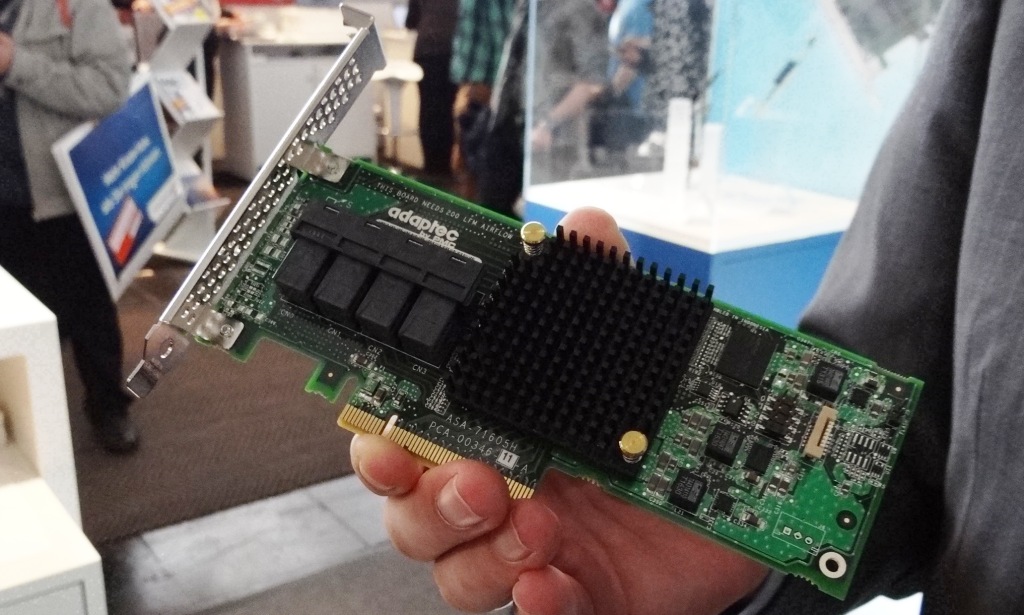 Adaptec had put together a demonstration in order to demonstrate the 71605h pushing 1 million IOPS but never considered the shortfall of CPU resources until after assembly at ceBIT.  Although they were able to reach just under 600,000 IOPS, things didn’t look like they were going much higher with the CPU at 100%.

Also interesting was the fact that Adaptec was utilizing unreleased Seagate SSDs in their demonstration.  Our meeting with Seagate is forthcoming and hopefully we will follow this report with some good news on the SSD front!