As with all of our tests, the following tests were performed after a secure erase of the drive. The drive was also conditioned with a predefined workload until it reached steady state. We also test across the entire span of the drive. 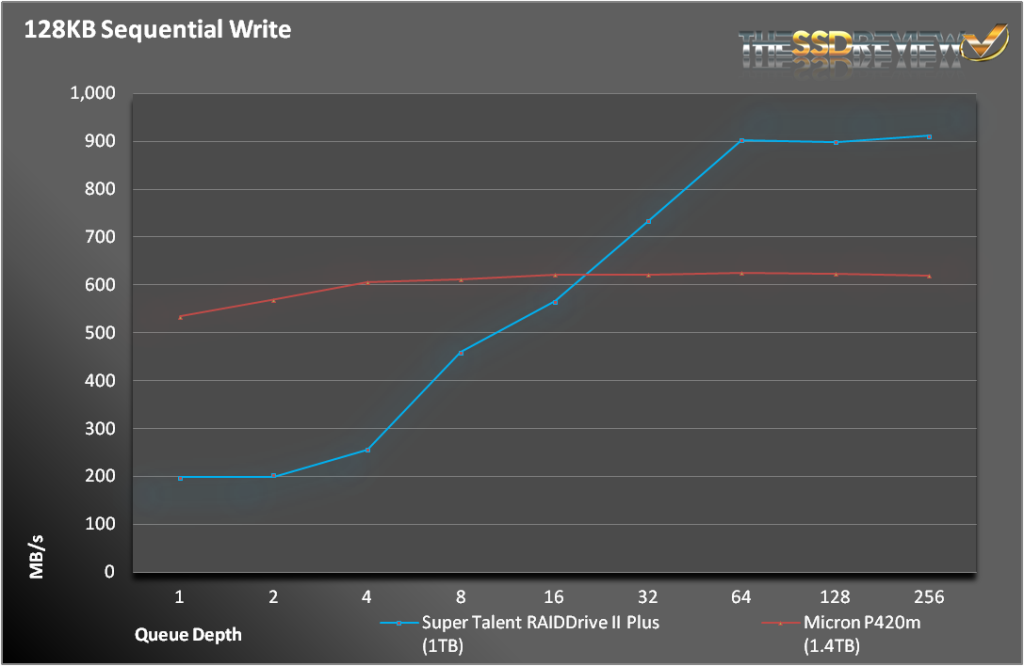 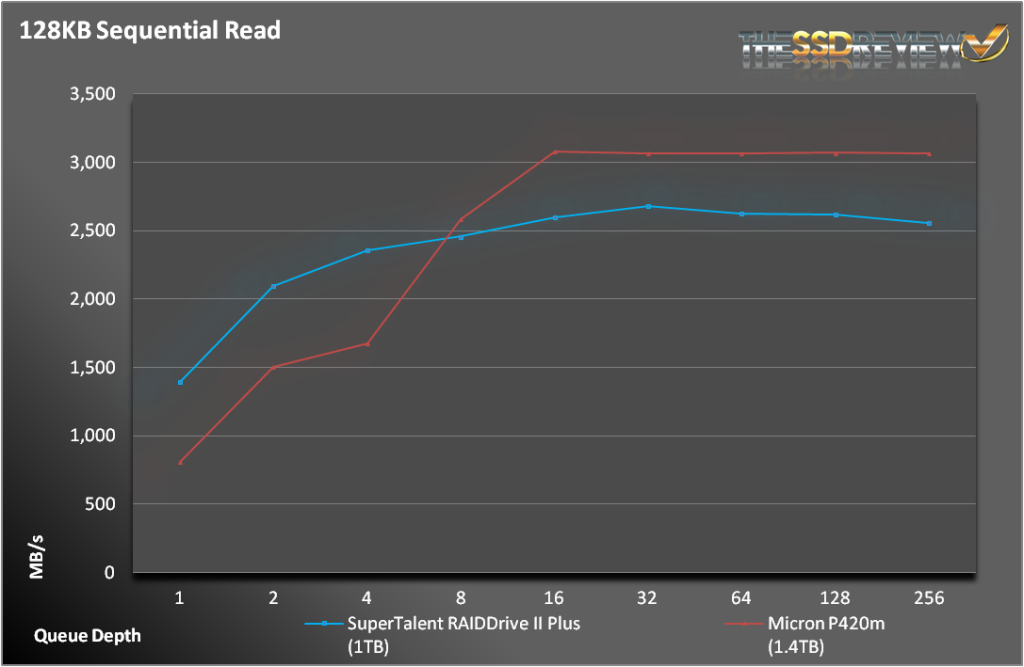 Sequential operations proved more to the liking of the RAIDDrive II Plus.  At low write queue depths, it could not keep up with the Microm P420m, but for high queue depths, it pulled away.  The exact opposite is true for read operations.  While read operations matched the specifications, the write performance was nowhere close the claimed 3.2GB/s.  If we make changes to our tests, including increasing the block size and reducing the total amount of data written, we can get much closer to that number.  With 1GB of cache, it can be hard to tell whether you a measuring NAND speed or cache speed, which is why we run our tests for extended periods of time. 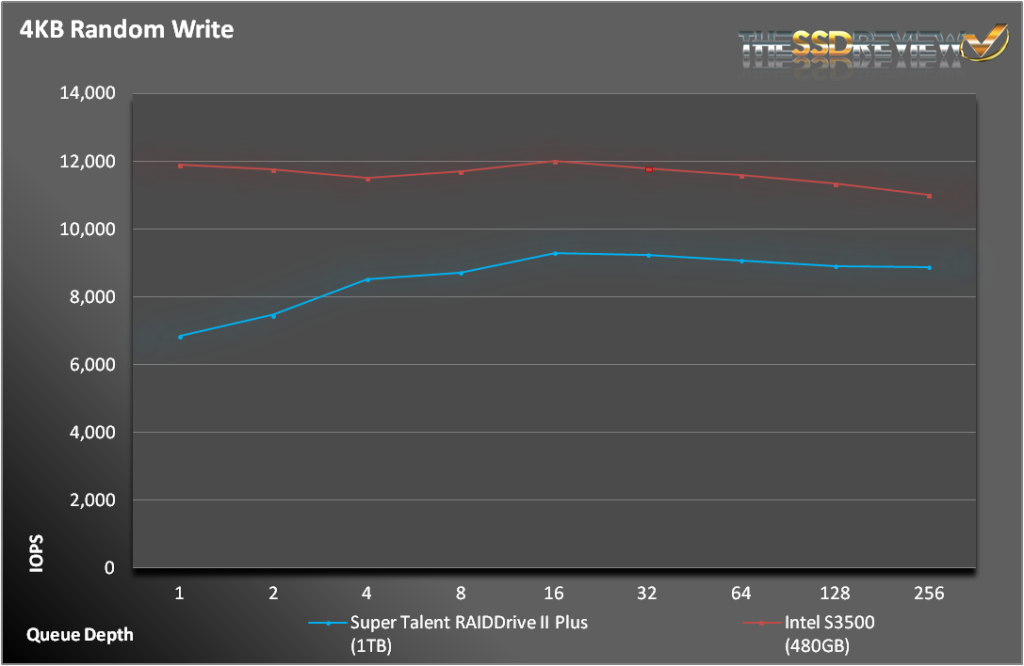 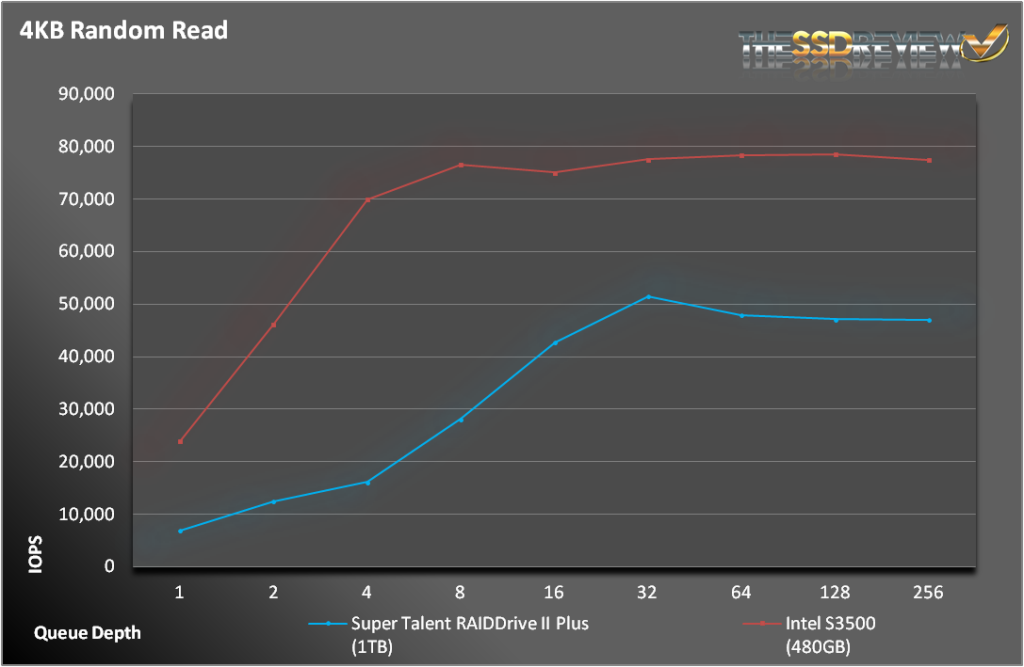 The Storage Networking Industry Association has an entire industry accepted performance test specification for solid state storage devices. Some of the tests are complicated to perform, but they allow us to look at some important performance metrics in a standard, objective way. 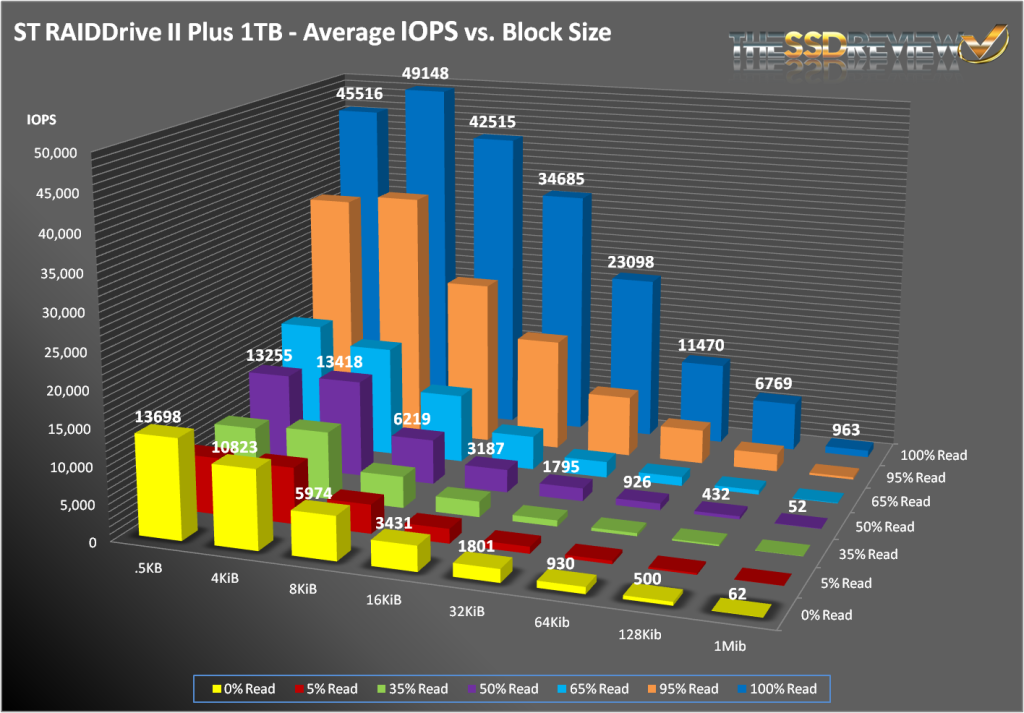 SNIA’s Performance Test Specification (PTS) includes IOPS testing, but it is much more comprehensive than just running 4KB writes with IOMeter. SNIA testing is more like a marathon than a sprint. In total, there are 25 rounds of tests, each lasting 56 minutes. Each round consists of 8 different block sizes (512 bytes through 1MB) and 7 different access patterns (100% reads to 100% writes). After 25 rounds are finished (just a bit longer than 23 hours), we record the average performance of 4 rounds after we enter steady state. 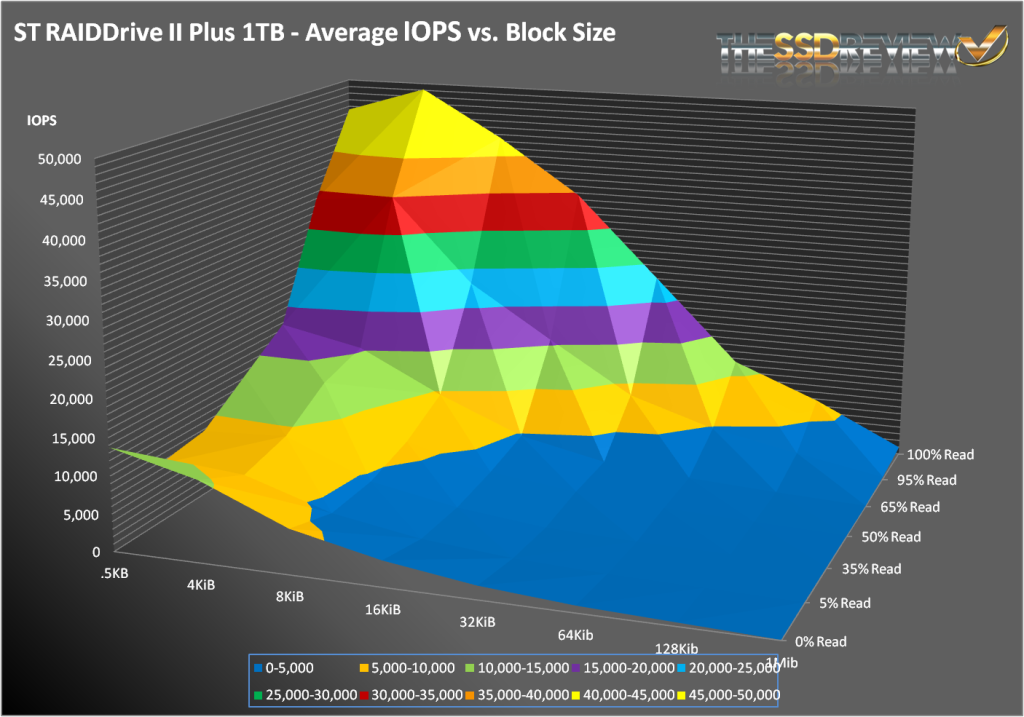 The SNIA testing shows the same general theme that we have already observed.  The RAIDDrive II Plus just isn’t up for the task when it comes to small block, random performance.  Though there aren’t any weird behaviors, once again most single enterprise SSDs would outperform it.