It is not often that we write about products that aren’t at least on their way to reality in the SSD arena, but we had to chuckle just a bit when we received this new device, called a ‘Pure Plop’ of all things.  The truth is that we had to laugh at the simplicity of this device, just as much as we had to marvel at the fact that there really isn’t a similar product on the market right now.  This is a Stockplop Pure Plop… 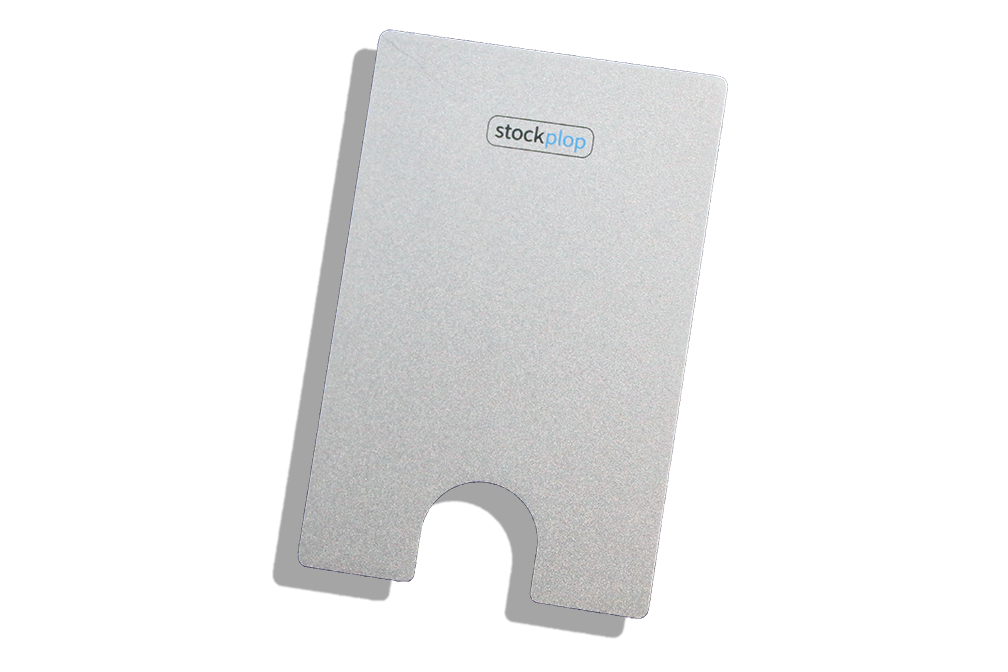 The ‘Pure Plop’ is an aluminum anodized  USB 3.0 SSD enclosure that enables UASP speeds via an ASMedia controller, and enables the quick switching of SSDs in both PC and Mac systems; it is simple plug and play as is each and every SSD we plugged into the Stockplop. The base of the Plop contains a blue light that alerts to disk activity as well as a micro USB port for the included cord:

For our testing, we used the SanDisk Extreme Pro 1TB SSD and the Samsung 850 EVO 1TB SSD.  This is a typical result that we obtained from our 2013 MBA:

Our tests results were very similar with the PC, with one very noticeable exception; low 4K write performance was much better than we have traditionally seen in USB 3.0 devices.

These results depict Crystal DiskMark performance as shown with the SanDisk Extreme Pro (left) and the Samsung 850 EVO (right), both results just a bit lower than we might expect to see from a typical SATA 3 result.

Why is there not a similar product on the market right now?  This is simple plug and play and allows for the switching of SSDs with very little effort, and with decent performance.  One might believe this to be an excellent inclusion for anyone working with media.

Now for the bad news… The Stockplop Pureplop is not available anywhere right now and the only way one might take part in this project is through the Stockplop Indiegogo Campaign.  All in all though, this little baby is very deserving of our Innovation Award as it truly works like a charm!