Angelbird has always been one of our favorite companies with respect to hardware because their quality simply can’t be touched.  For the most part, they are a small Austrian company, led by CEO Roman Rabitsch who maintains a very hands on approach, and his values are in quality and value.  Their products are hand-built and, in fact, even the casing of each is hand machined, unlike anything we will see elsewhere these days.  This year was Roman’s first at Computex and we were happy to meet with him to see just what he had hidden away.  What we saw first was not expected: 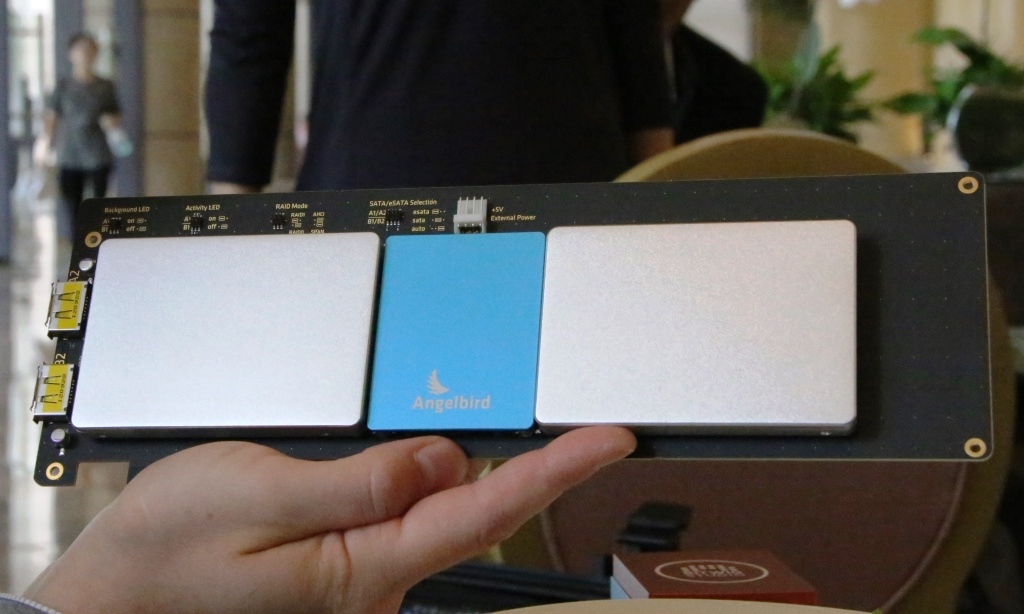 This is the Angelbird Wings 2.  It will facilitate 2 SSDs (non-proprietary) and the ability to configure RAID is integrated into the card itself.  This card also contains two eSATA ports and, although the price on it is not yet set, look for something around $169. 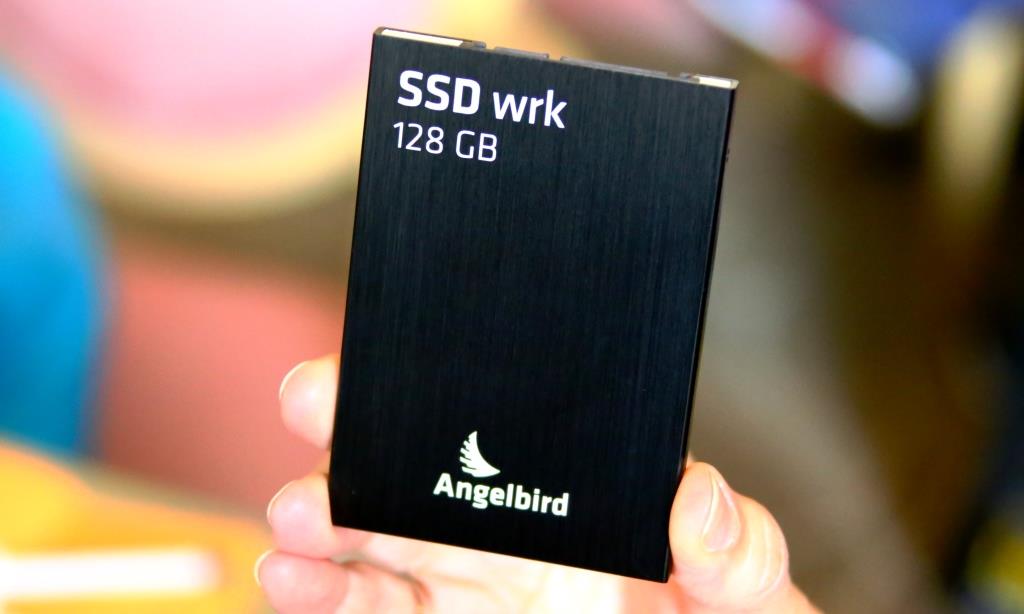 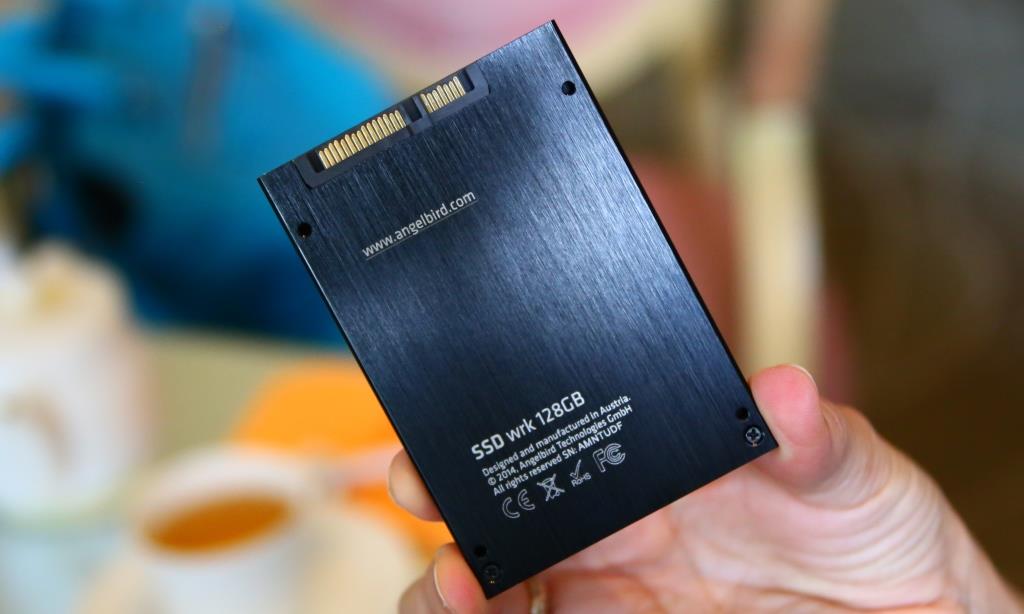 Last up we have the SSD2Go Pocket and this is another SMI 2246EN controlled SSD.  This SSD has a great feel, is just about half the size as the original SSD to go, and will also be available with special promotions from companies such as Parallels and BitWig Studio. 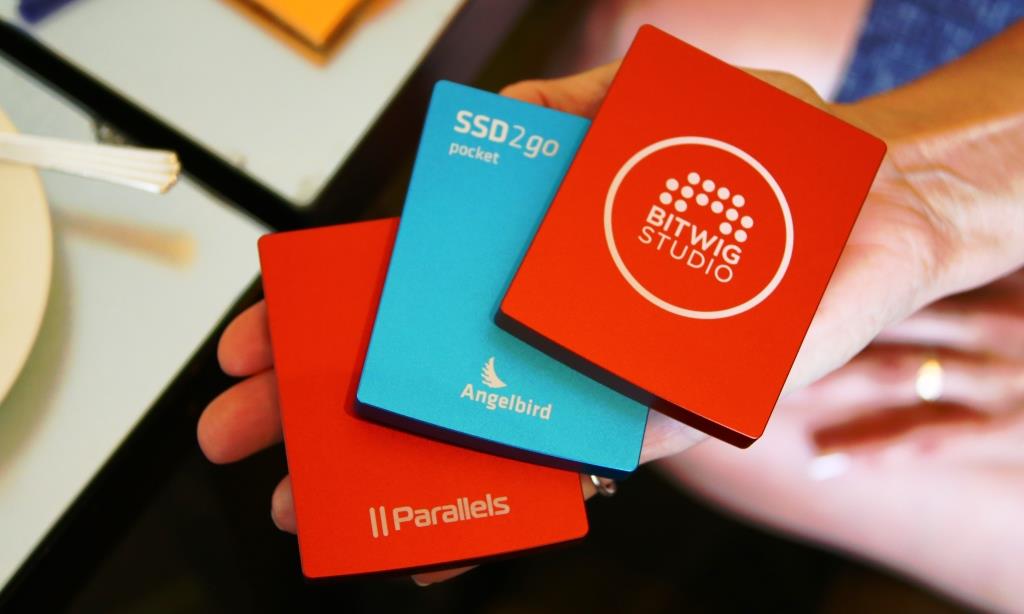 Roman demonstrated performance of this USB 3.0 device on the spot and we saw speeds of 439MB/s read and 382MB/s write on AJA; this is excellent for any external SSD. 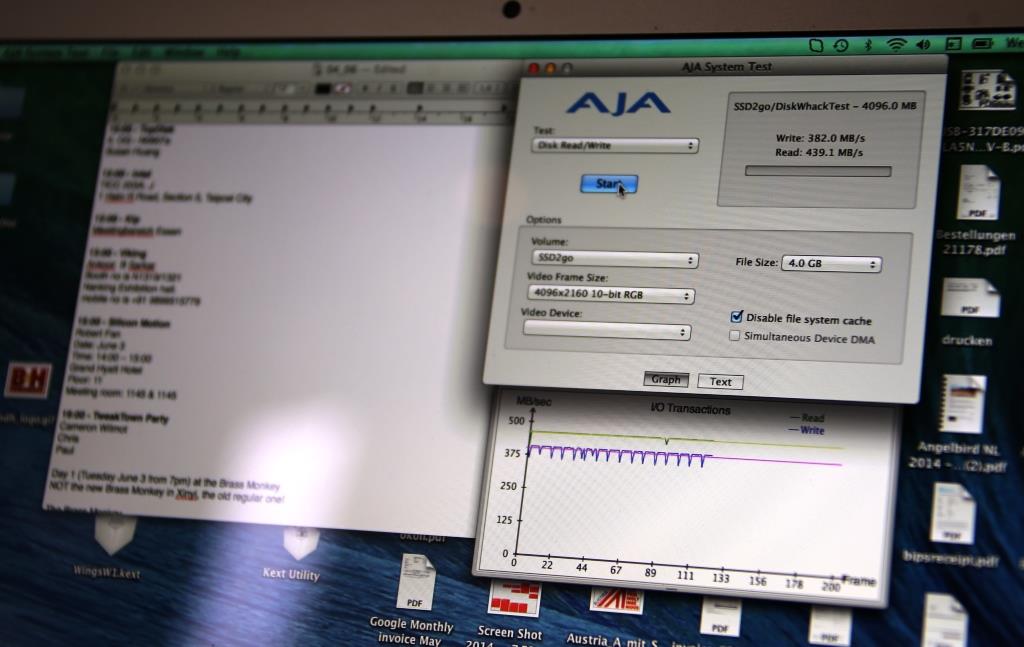