At the 2014 Samsung SSD Global Summit, Samsung showcased its latest consumer SSD, the 850 PRO.  Just like the 840 PRO before it, we loved the 850 PRO’s performance and technological advances.  In fact, it is probably the best SATA 3 (6Gbps) drive on the market.  As an enterprise reviewer, I expected the normal 6-12 month wait before the 850 PRO would spawn an enterprise cousin, as we have seen with the Samsung SM843 and 845DC EVO.  That 12 month wait was closer to 12 minutes as Samsung surprised all in attendance with their announcement of the 845DC PRO,  alongside the 850 PRO. 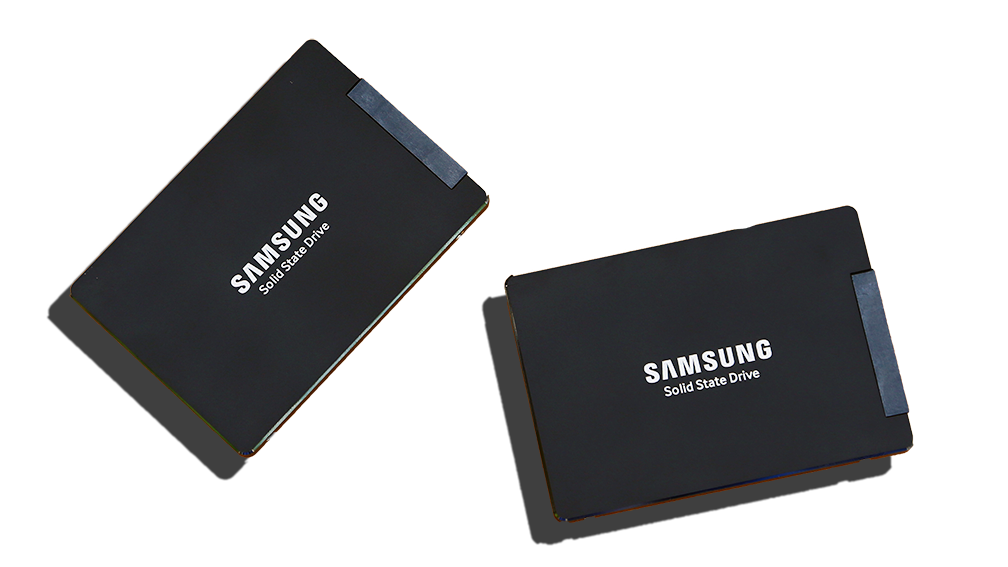 Unlike the 845DC EVO and 840 EVO where the two were almost identical, the 845DC PRO and the 850 PRO differ in pretty much every way.  We will go into the differences in more detail in our next section, but under the hood, the 845DC PRO is decidedly ‘last generation’.  The controller is from the 840 PRO while the NAND is first generation 24-layer 3D V-NAND, instead of the 32-layer solution in the 850 PRO.

What isn’t old is the performance.  I mean, just take a look at the specifications below:

There are two figures that should absolutely jump out at you.  The first is the random write IOPS, which is rated at 50K and 51K for the 400 and 800GB capacities, respectively.  As we will show you later, those are not fresh out-of-box IOPS, but rather, are sustained indefinitely, steady-state IOPS.  We are used to drives in this class getting 30-35K steady-state write IOPS, but not 50K.

The second gasp-inducing number is the 10 drive writes per day (DWPD) endurance rating.  For the class of products Samsung is going after, 10 DWPD is fairly common.  What isn’t common is how they got there.  Typically, you get 10 DWPD by either using eMLC NAND (expensive) or by over-provisioning the drive by 50-100%.  Getting 10 DWPD out of 2-bit MLC is almost unheard of, unless, of course, you are using 3D V-NAND, which is really what drives this product.

All of this performance is for not if Samsung can’t get pricing in line with the industry.  Although Samsung hinted at $1.50-$2.00/GB at the SSD Summit, actual pricing is a bit higher.  The 400GB model comes in at $960, with the 800GB costing $1830.  At those prices, you won’t see Samsung undercut the competition, but based on those specifications, you will match, or exceed the enterprise offerings from most other companies.  We are a little disappointed that the price of admission is almost $1000; having a smaller 200GB model for high-end workstations would have been nice to see.