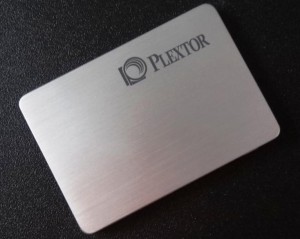 While at our meeting with Plextor at CES Las Vegas 2013, we had a conversation with respect to how TSSDR and Plextor could better serve the consumer in forming a bit tighter of a relationship with respect to upcoming product release.

In this conversation, the fact that we had yet to review the Plextor M5 Pro came up and we had to admit that this SSD had completely slipped our mind.

No sooner did we mention that we would love to review the M5 Pro than it was sent, in fact, hitting the ground at our office even before our return. Our SSD analysis today will take a close look at the Plextor M5 Pro SATA 3 256GB SSD, an SSD capable of over 500MB/s transfer speeds and 100,000 IOPS.

Plextor’s exterior packaging is very well laid out, in that, it clearly displays the capacity, the five Year Plextor Warranty, specifications for all capacities, and also speaks to Plextor’s True Speed Technology where greater sustained performance throughout the life of the M5 Pro. Included with the package is a desktop adapter bracket, a Quick Guide as well as a DVD containing disk cloning and backup software for a relatively painless hard drive to SSD migration.

Just like every othe Plextor SSD, the M5 Pro contains a Marvell controller and Toshiba Toggle Mode NAND flash memory.  Consistency in Plextor’s choice of components has become a bragging point for Plextor for two reasons, the first being that their choice of Marvell as their exclusive brand of controller, and Toshiba as their exclusive choice of memory, enables their engineering team to produce one of the best SSDs on the market today.  The second reason is that, unlike other manufacturers who have switched their components without public notice because of market pricing, Plextor wants the consumer to know their product and choice of what they believe is the best components available.

The Plextor M5 Pro contains a Marvell 88SS9187 controller on the front and eight modules of Toshiba Toggle Mode 19nm MLC NAND flash memory opn the back, each package being 32GB in size for a total RAW capacity of 256GB as advertised.

Formatting of the SSD reduces things slightly and the end user available storage capacity is only 238GB and, also present on the SSD are two modules of 256MB DDR3-1333 DRAM cache memory.