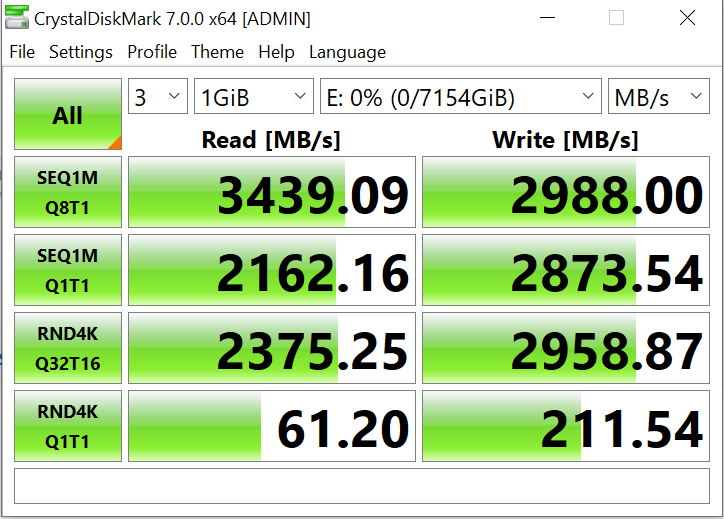 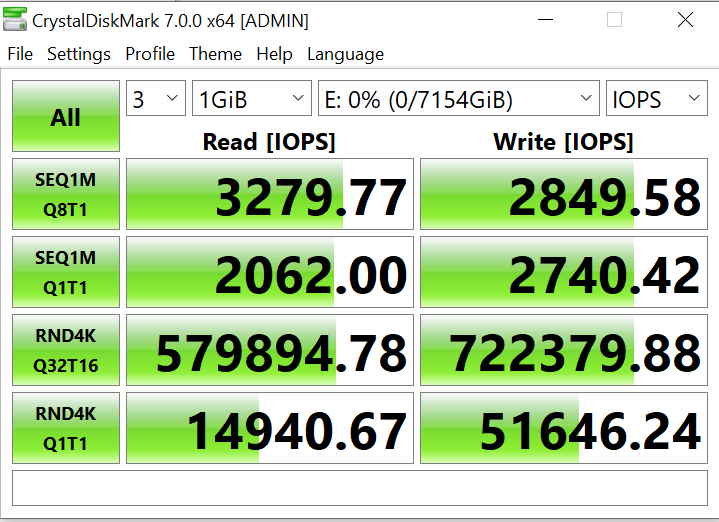 Crystal DiskMark results are fairly consistent with ATTO, at least with respect to the high sequential read and writes. Check out those IOPS! 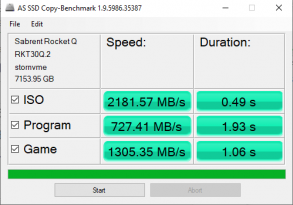 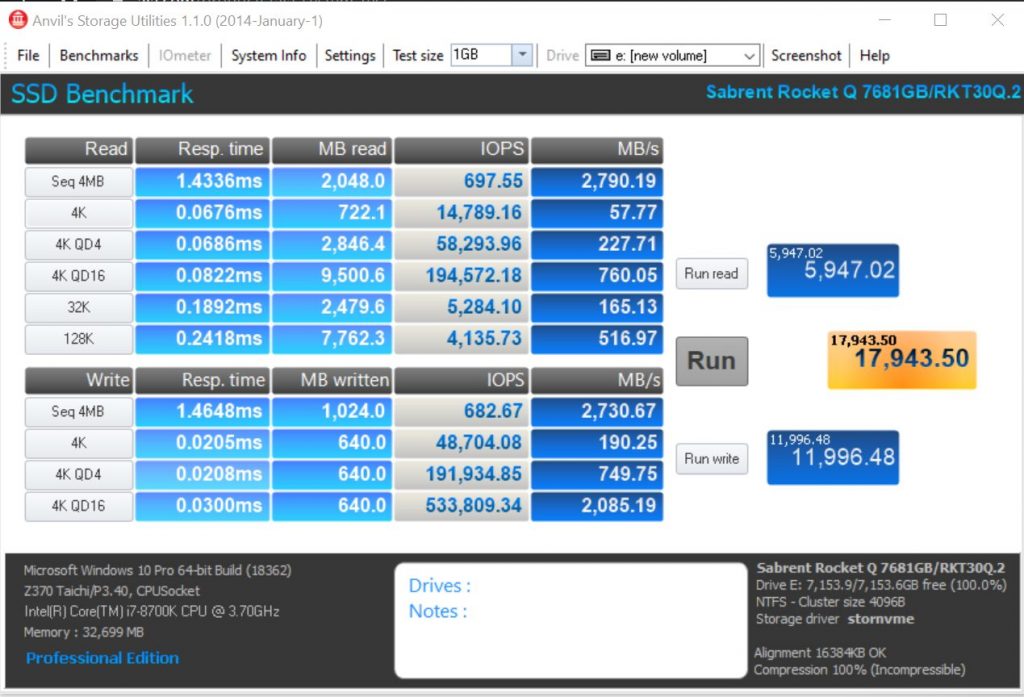