Most SSD manufacturers have been around four to six times longer than Sabrent, but few can stand beside the company.   Alongside Phison, they have literally pushed the SSD industry forward at a pace that pretty much labels them pioneers and they have only been in this space a few years.  Any reviewer can display a pile of 4/8TB TLC/QLC SSDs, CFExpress Cards, SDXC, Thunderbolt portable drives and docking stations, card readers and… even Intel has incorporated Sabrent in their NUC Portable PC.  This report is no different. 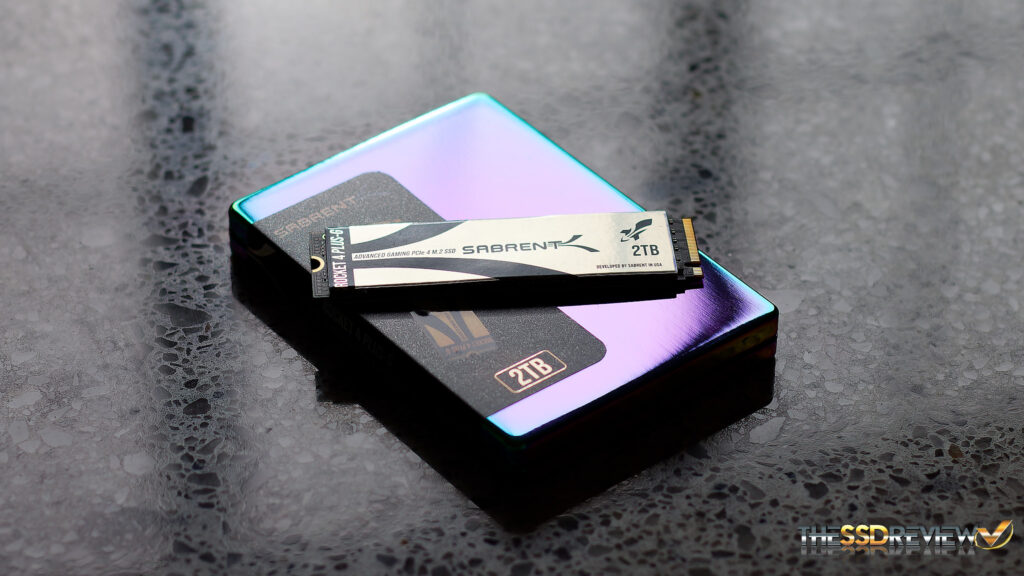 We have the Sabrent Rocket 4 Plus-G on our Test Bench and, right on the face of their packaging, Sabrent lists it as an advanced gaming M.2 Gen 4×4 NVMe SSD.  This is a rather special SSD as Direct Storage is about to revolutionize the gaming experience, and Sabrent is ready to go with the world’s first DirestStorage capable SSD.  For those not clear on DirectStorage, present day SSDs all route data through the CPU by way of storage, memory and the GPU.  Direct Storage enables the GPU to access the SSD directly, without routing it through the CPU, enabling game loading and scene transitions at a much faster speed; a shortcut if you will.

Take a close look at this chart, compliments of Jon Coulter at Tweaktown who was able to get a hold of Phison’s in-house Direct Storage Benchmark and independently test a number of SSDs.   The Sabrent Rocket 4 Plus-G even surpassed that of the Intel Optane P5800x.  Pretty clear indication of where we are going we think. Click on the chart or link to see the Tweaktown Report in its entirety.

Even its packaging speaks to something special with the exterior metal clam-shell type casing having an iridescent purple sheen that matches label of the SSD itself.  Packaging of the 4Plus-G included the exterior cardboard protector, a stunning interior case which housed the Sabrent Rocket 4 Plus-G Gaming SSD, ours being a 2TB version.

Components of the Rocket 4 Plus-G are set into a black M.2 PCB (printed circuit board) and include the Phison PS5018-E18 Gen 4 NVMe 8-channel controller, along with 8-pieces of Microns absolute best memory.  This is the Micron 176-layer TLC B47R running at 1600MT/s speeds in comparison to the normal 1200MT/s speed memory.

This SSD is two sided with four pieces of NAND on each side, each having a 512GB RAW capacity value, as well as a DRAM buffer chip on either side of the SSD.  We did not temperature test this SSD without a heatsink as it runs a bit warm but we did use the matching Sabrent heatsink shown here:

Checking Amazon, we see pricing pretty much matching MSRP at $170 (1TB), $300 (2TB) and $709 for the 4TB version. There is a complimentary 2-year warranty included which jumps to 5-years when one registers their SSD with Sabrent.

Let’s get to the performance…