It’s not often that I credit a companies business practices but this is going to be the exception for Matt Dawson and MyDigitalSSD who recently sent us three new SSDs for review, the Smart 256GB mSATA, the Bullet Proof 256GB value driven mSATA and the 512GB BP 3 2.5″ SSD.

Today’s evaluation will be on the MyDigitalSSD Smart Series 256GB SATA 3 SSD and I guarantee this review will raise a few eyebrows.  As a bit of a hint, let’s just say that things aren’t always as they seem.

Let’s point out the elephant in the room first.  A few days ago, we posted information relating to MyDigitalSSD new releases and speculated that the Smart Series 256GB SSD was actually a rebranded ADATA XPG SX300 SSD. (Matt is cringing right about now).  The reason for this was two fold, the first being that ONLY ADATA has been able to retail ‘LSI SandForce Driven’ SSDs with typical binary capacities of 64, 128 and 256GB.  The second, of course, was the fact that I had just met with ADATA a few days prior and they stated that the reason they can do this is the result of their long standing relationships with memory manufacturers and they absolutely have to have the top level ‘hand picked’ NAND flash memory to pull this off. 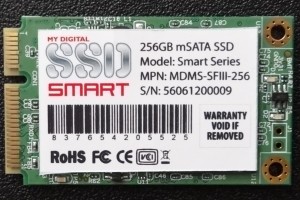 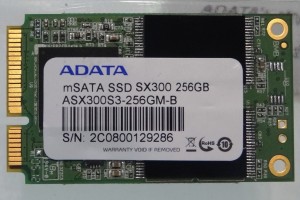 The truly amusing part is that, if this is the ADATA XPG SX300 rebranded, MyDigitalSSD was able to release it even before ADATA themselves.  At the time of this report, the SX300 isn’t even listed on the ADATA site and neither ADATA nor MyDigitalSSD could legally talk about such contracts openly.  For those new to the SSD world, rebranding SSDs, although being more common two years ago, is still alive today. Similar to most computers and laptops, several SSDs are shipped from no name companies and branded with manufacturer labels according to specs they request.  On the notebook side, are you aware that the Mac Air and ASUS Zen Ultrabook come from the same factory, or at least did until Apple discovered some questionable similarities?

For those with keen eyes, you will notice significant differences between the two PCBs above.  The MyDigitalSSD version on the left is an actual SSD, whereas, that on display by ADATA at Computex 2012 was a prototype with a generic board and no identifying features on the memory, as is common.

Making an educated guestimate and watching it pan out results in a great feeling as we see here.  Our very first look at the MyDigitalSSD Smart Series mSATA 256GB SSD was with Crystal Disk Info. Notice anything peculiar? 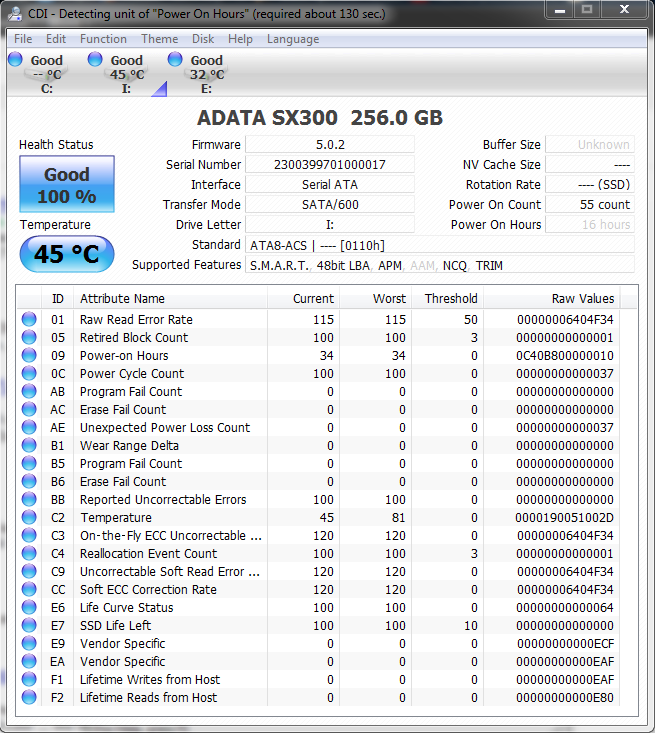 Some great information can be found when using Crystal Disk Info but nothing was as good as confirming our belief.  Actually, I must regress as our initial drive identification resulted in a, “Yes! I knew it!” as was seen when the drive was identified.

Normally, ADATA would have made sure the drive identification didn’t reveal this but, then again, we never expected that they would send these drives out as generic mSATA SSDs even before their release had the opportunity to grab initial sales.

If the MyDigitalSSD Smart Series 256GB mSATA SSD, AKA the ADATA XPG SX300, pulls off the great performance that we expect, Matt Dawson and MyDigitalSSD has just made a brilliant business decision, equaled only by the luck of release timing and ADATAs overlooking such a small issue as drive identification.