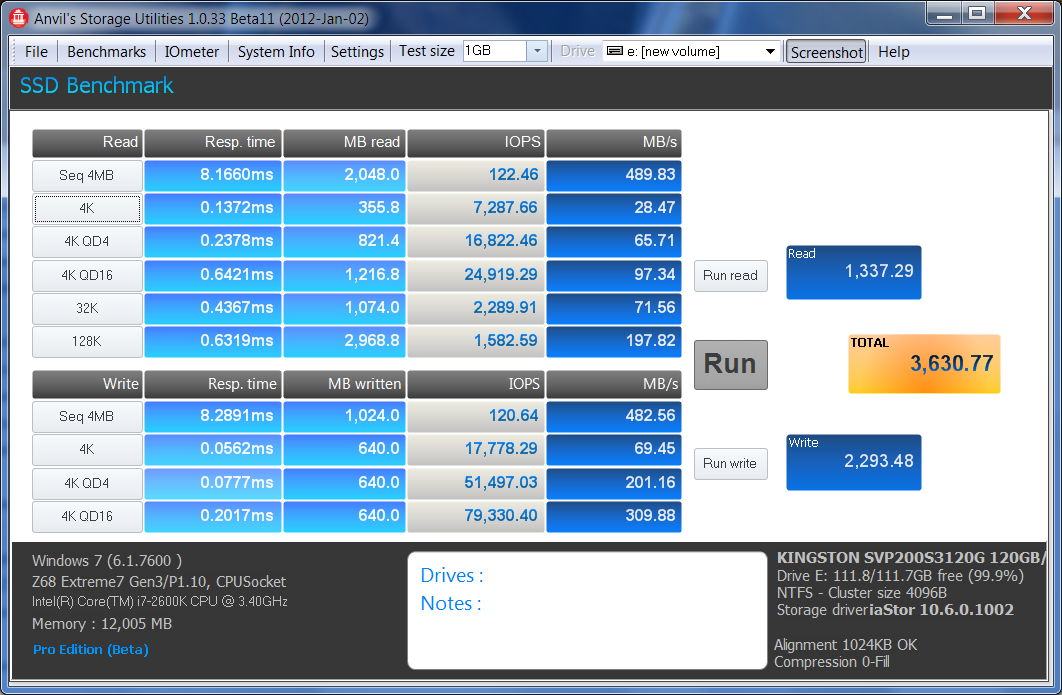 This test is absolutely the most complete SSD test available today.  Even though the SSD test is done with highly compressible data, we can see the results dropped just a bit, however, the Response Time (or disk access) shows why an SSD is so quick out of the gate.  If we had a hard drive result with this same tests, you would see 9 seconds typically which is about 90 times slower than what we see here.  We can also see great low 4k random write aligned results of 79,ooo which is excellent.

The SSDNow V+200 came out with a Total Point score of 64466 points and a high transfer speed of 406MB/s while testing in Windows Media Player.  This is actually the best score we have reached, to date, with a 120GB SSD using asynchronous NAND flash memory which may also be indicative of new SandForce firmware.

The following chart consists of all ‘new gen’ SATA 3 SSDs tested to date, regardless of controller or memory type within.  This result is based solely on the PCMark Vantage Total Point Score.