To measure 8KB random read/write performance do the same preconditioning as we did for 4KB performance. The drive is first secure erased to get it in a clean state. Next, the drive is filled by sequentially writing to the RAW NAND capacity twice. We then precondition the drive with 8KB random writes at QD256 until the drive is in a steady state. Finally, we cycle through QD1-256 for 5 minutes each for writes and then reads. All this is scripted to run with no breaks in between. The last hour of preconditioning, the average IOPS, and average latency for each QD is graphed below. 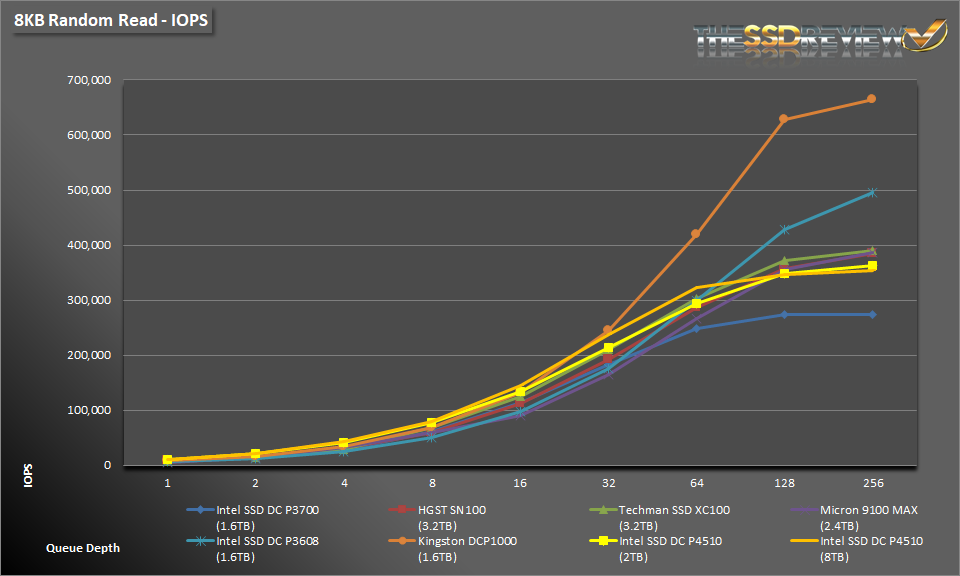 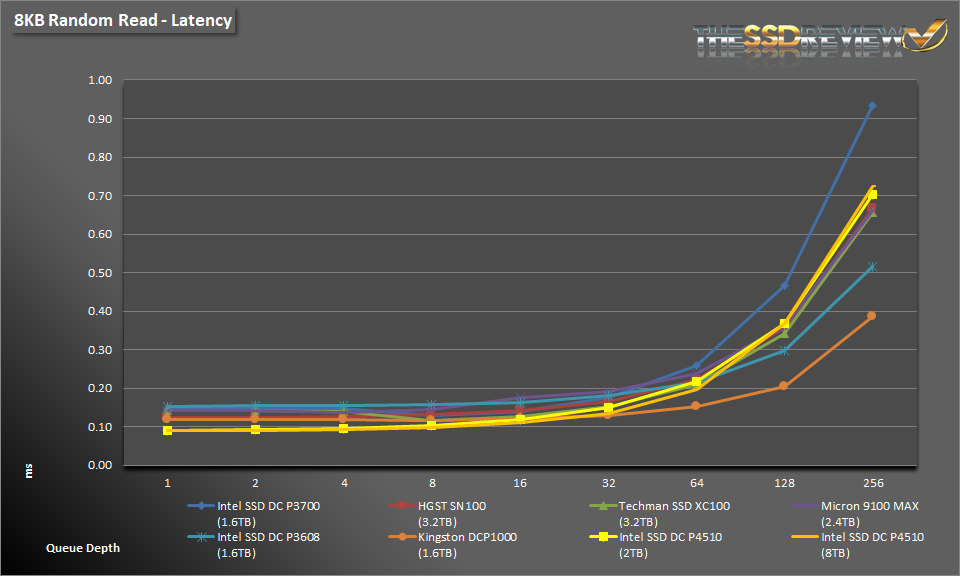 Just as it did during the 4K read testing, the Intel DC P4510 shows off some very strong 8K read performance from QD1-64. At QD256 they averaged just over 360K IOPs. 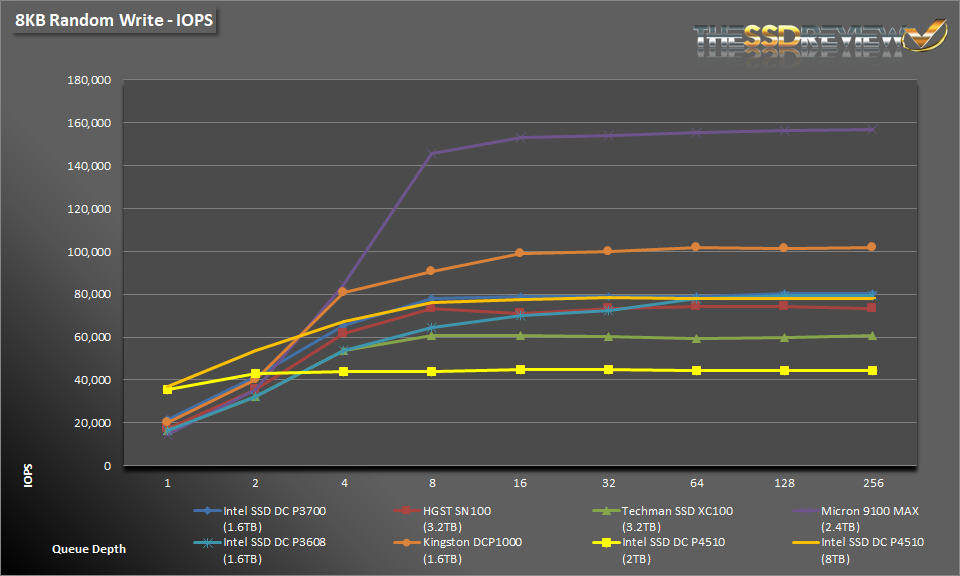 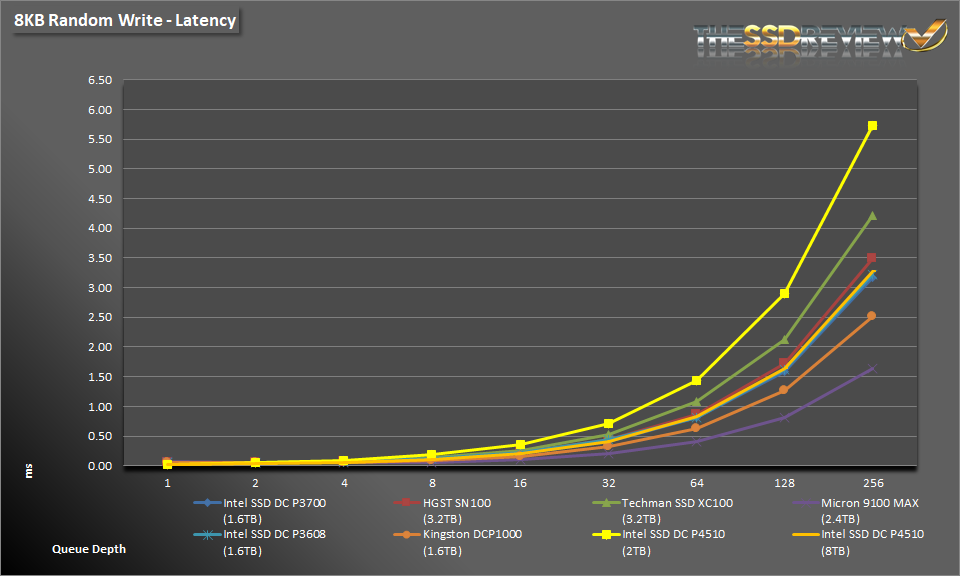 During 8K writes, the Intel drives deliver similar results as they did during our 4K run, only this time latency is about double and IOPS are cut in half. Our 2TB model reached 45K IOPS here while the 8TB model reached nearly 80K IOPS.